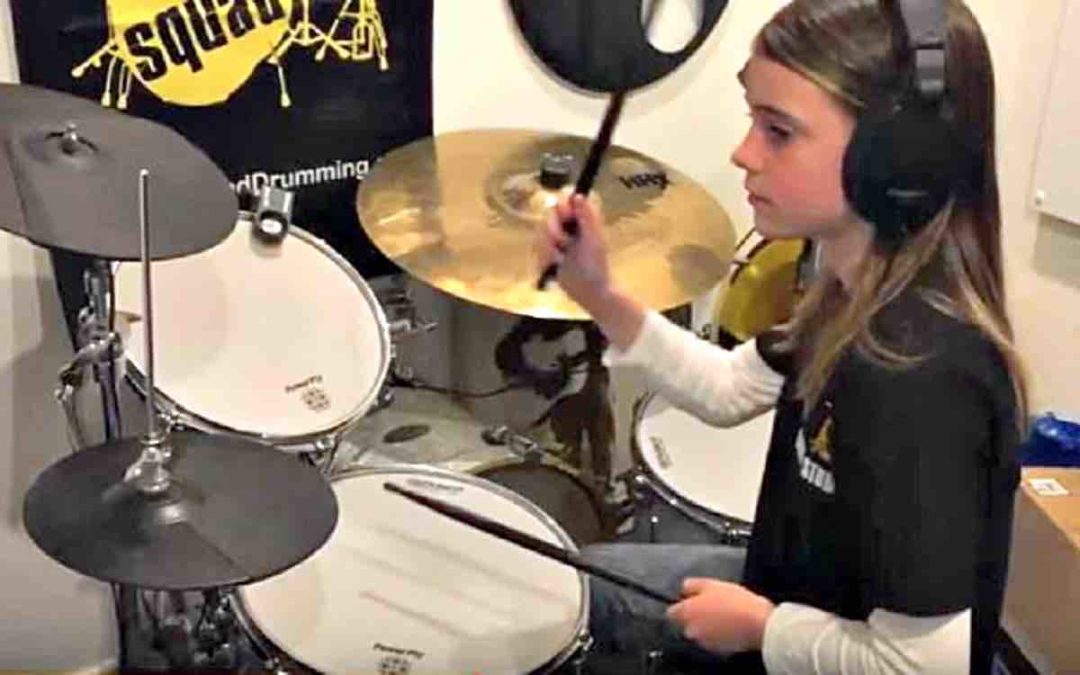 We have already written about the positive influence of drumming on autistic children (HERE) and kids with Down’s syndrome (HERE). Both articles, especially the former one, have resonated not only with the viewers of en.beatit.tv, but also those interested in and affected by the problem. Now, it is time to write a few words about Asperger’s syndrome and its sufferer, who is in love with the drums. 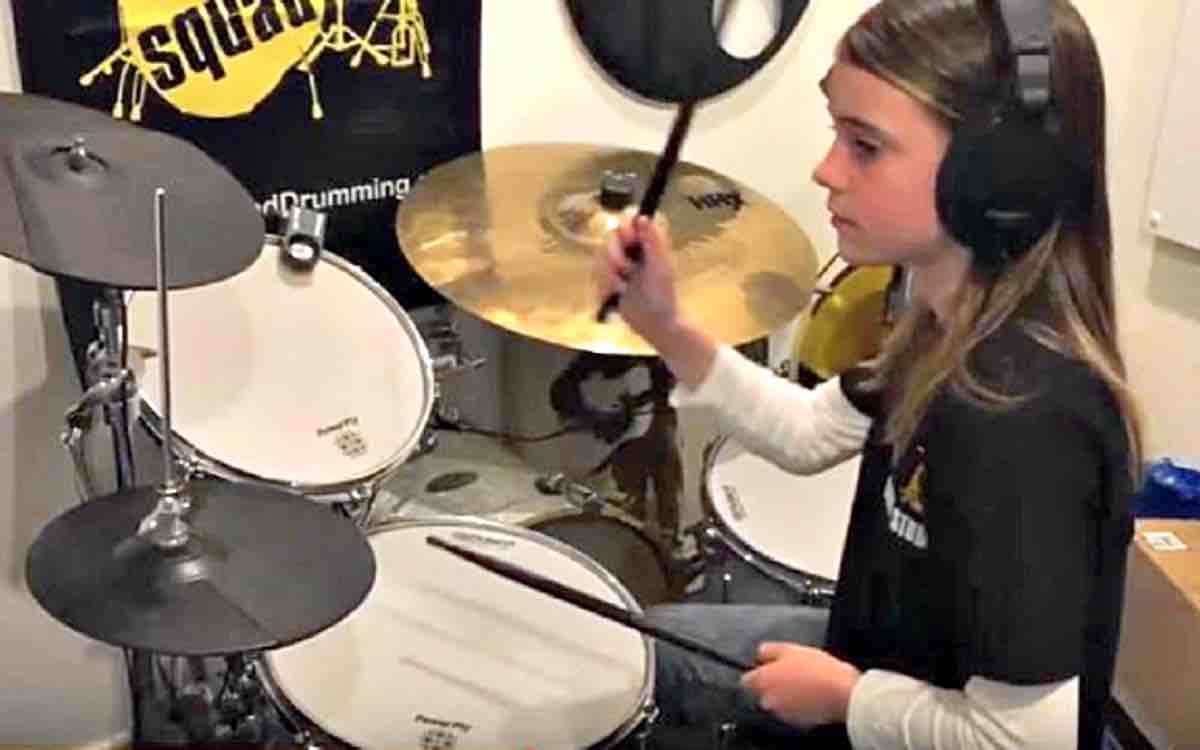 Grace Tedeschi at the age of 11

Grace Tedeschi, now already a 13-year-old girl from Inverkip in Scotland, created quite a stir in the Internet almost two years ago when her drum teacher from The Hit Squad school, Lesley McLaren, posted a video on her YouTube channel featuring Grace rocking out to the song “Old Enough” zespołu The Raconteurs. The comments under the vid are nothing but positive, enthusiastic and encouraging. As Lesley says, it had a very positive impact on Grace:

“My phone has been pinging away with people leaving Grace positive messages. It’s a wonderful thing for her, especially for someone who cannot communicate well, to hear all these lovely things from people. I know her mother has been reading her the messages and I just want to say a huge thank you to everyone who has said such lovely things to her.”

The girl’s mother commented on the situation in the following fashion:

“It’s been a big confidence boost for her. It’s difficult for her teacher because Grace can’t speak, and we’re just so proud of how far she’s come.”

Grace suffers from selective mutism – an anxiety disorder in which a person who is normally capable of speech does not speak in specific situations or to specific people. Grace, for example, will not speak to adults but does communicate with her little sister and selected family members. However, her drum teacher must rely on reading Grace’s facial expressions and eye movements.

Watch and listen to Grace Tedeschi on YouTube! Drum up the number of views under her videos!

Asperger’s syndrome is defined as a developmental disorder characterized by significant difficulties in social interaction and nonverbal communication, along with restricted and repetitive patterns of behavior and interests. Asperger’s remains within the spectrum of autism and it’s symptoms include: