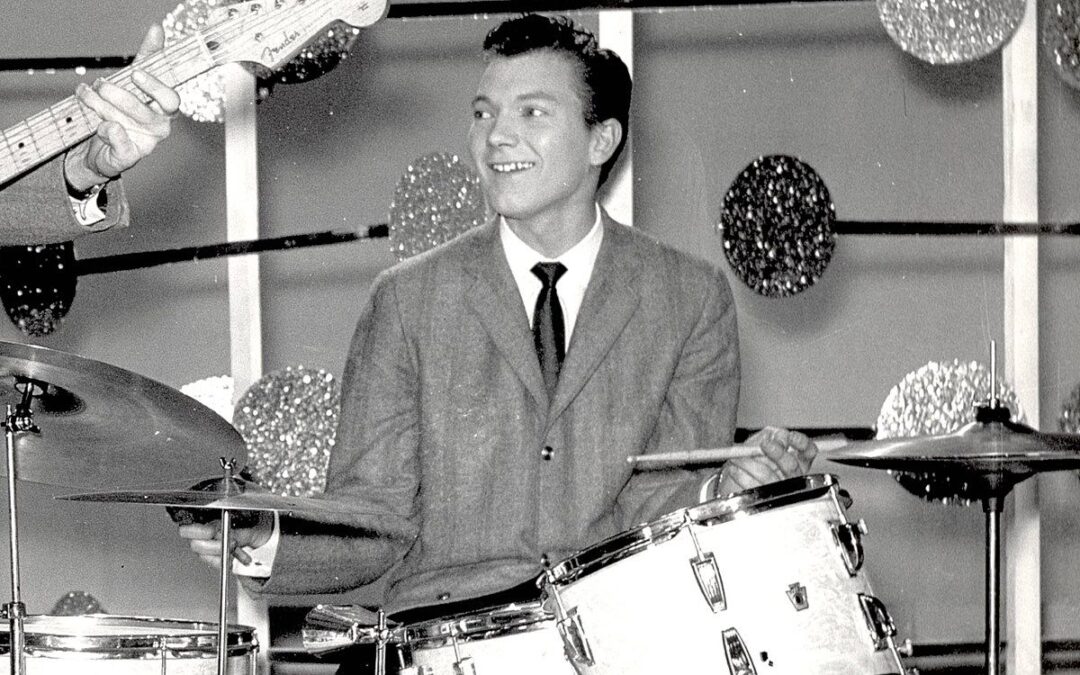 On Monday, Aug 22, the world received the news of the death of The Crickets drummer Jerry Allison, who died only 10 days before his 83rd birthday. A statement posted on Buddy Holly’s official Facebook account reads:

“Our sincerest condolences to the family and friends of Jerry ‘JI’ Allison, drummer in The Crickets, one of Buddy’s very closest friends, and the inspiration to drummers for decades since, who passed away today at the age of 82.
JI was a musician ahead of his time, and undoubtedly his energy, ideas and exceptional skill contributed to both The Crickets, and rock n’ roll itself, becoming such a success.
Buddy is often heralded as the original singer-songwriter, but JI, too, wrote and inspired so many of the songs that would go on to be eternal classics. There’s more to be said and posted here in the coming days. For today, we think about his family and friends and wish JI to rest in peace.”

Jerry Ivan Allison was born in Hillsboro, Texas, on the 31st of August 1939, and started playing drums in the school band at the age of 10. He cited Earl Palmer and Charles Connor (Little Richard’s drummers) as his idols and main influences.

Mr. Allison first encountered Buddy Holly a couple of years later, when the latter sang the country song “Too Old To Cut The Mustard” at a school assembly. Young Jerry was impressed and the two became friends in high school (although Mr. Holly was 3 years older), bonding over their love of Little Richard and Fats Domino. They soon formed a duo of their own – with Allison on drums and Holly on guitar and vocals, playing around the town of Lubbock, Texas.

In a 1989 interview for The Globe-Gazette of Mason City, Iowa, Mr. Allison said:

“We’d have to listen to a radio station out of Shreveport, La., to hear the real blues – rhythm and blues – we wanted to hear. Groups like Etta James and the Peaches, and the Midnighters and the Clovers. That wasn’t common music around Lubbock, but that was the kind of music we were trying to write. We’d be playing at things like supermarket openings. Sometimes we’d get as much as $10 a piece.” 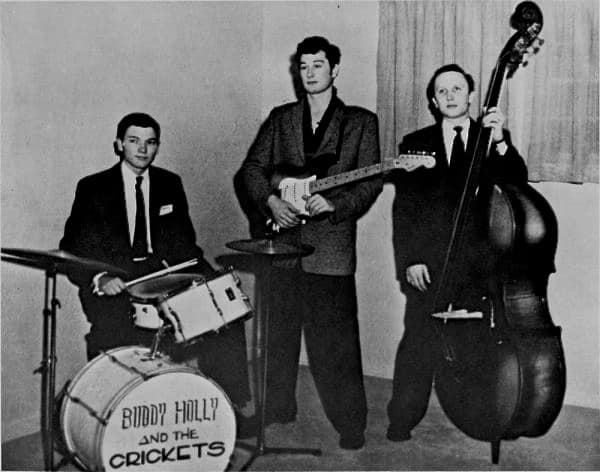 It was around that time (1956) that they wrote “That’ll Be The Day“, while practicing in Allison’s bedroom.

“We’d been to see the John Wayne movie ‘The Searchers’ ” – he told Texas Music Monthly. “Wayne kept repeating the line, ‘That’ll be the day.’ Buddy said, ‘Let’s write a song,’ and I said, ‘That’ll be the day!’ We worked on it for about half an hour.” 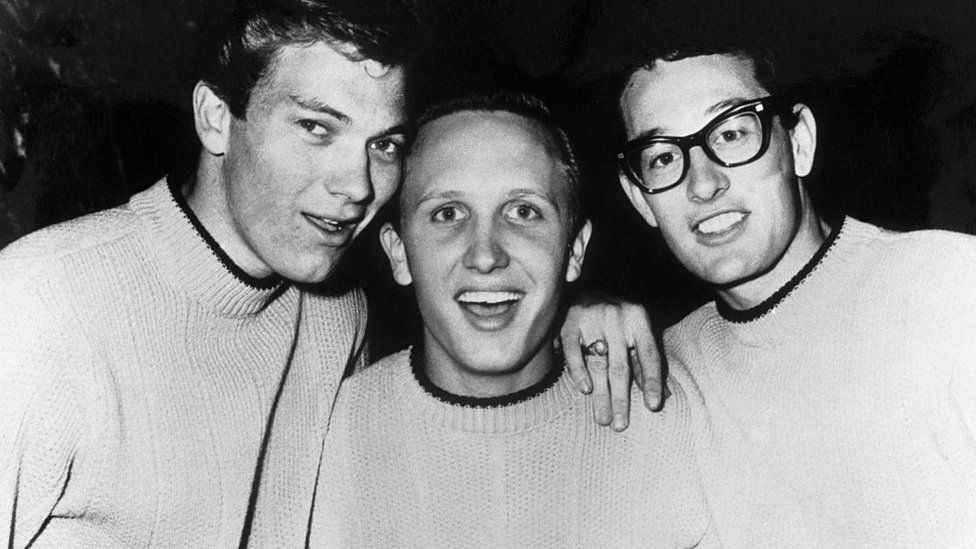 A year later, they recruited Niki Sullivan on guitar (subsequently replaced by Sonny Curtis, Tommy Allsup and others) and bassist Joe B Maudlin. The new band was dubbed The Crickets. They recorded “That’ll Be The Day” with producer Norman Petty, who encouraged the band to play harder than they had on the song’s original country-and-western-style cut. The song went to number one on Billboard’s popular music chart and the UK’s official singles chart, It was later certified gold, for selling more than one million copies in the US. It is ranked 39 on Rolling Stone magazine’s list of 500 greatest rock songs, and was also placed in the Library of Congress’s National Recording Registry of culturally significant music in 2005.

The song was a major influence on Paul McCartney and John Lennon, who covered it as The Quarrymen’s first recording ever. Mr. Allison told The Associated Press in 2013: “Paul McCartney did tell me that if there hadn’t been the Crickets, there never would have been the Beatles”. The irony of it is that, according to Allison’s own words, Buddy Holly and himself had rejected the name “Beetles” for their newly formed group around 1955 – 1956 because beetles were “something people stepped on”. He said he suggested “Crickets” because they “make a happy sound”. However, an unknown English group would later choose the rejected name – with a different spelling, Beatles – to pay homage to the Crickets.

After “That’ll Be The Day“, Buddy Holly and the Crickets scored another seven top 40 hits in 18 months before Holly’s death in a plane crash at the age of 22. Amongst those songs was another cornerstone, i.e. “Peggy Sue“, titled in reference to Mr. Allison’s then girlfriend Peggy Sue Gerron. She first heard the song during a Crickets concert in Sacramento, where she attended college.

Decades later, in her autobiography “Whatever Happened to Peggy Sue?”, she wrote: “With people all around me bouncing, swaying and singing my name over and over, I sank down in my seat, covered my face with my hands, and cried out to myself, ‘What have y’all done to me?’ ”.

Reflecting on the success of “Peggy Sue”, Allison once said: “When you listen to that song, tell me what in the world – why anybody would buy a song with those lyrics? But it’s the interpretation that comes across and that driving rock and it just bites you, you know”. 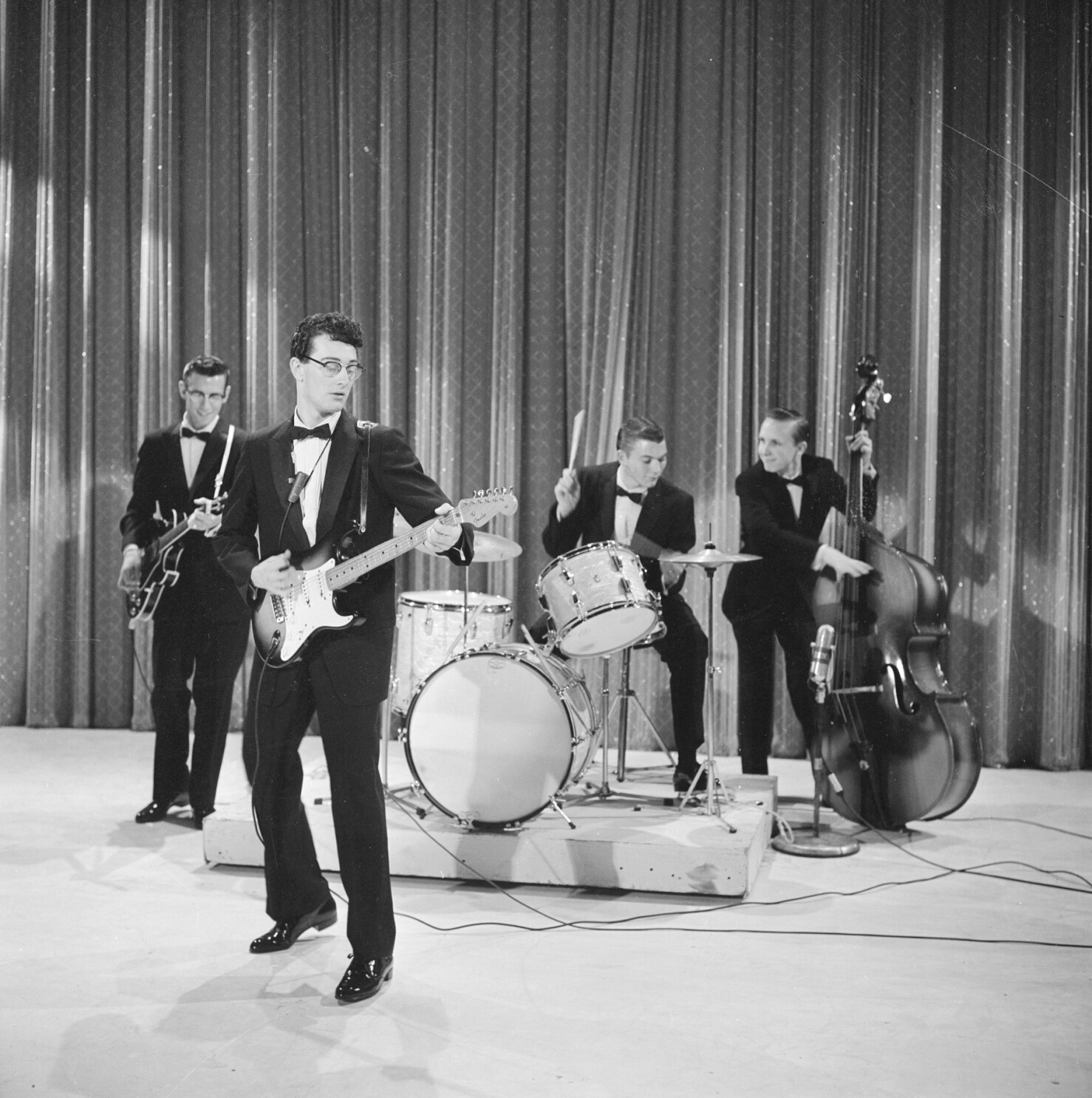 After Buddy Holly’s untimely passing in 1959, Jerry Allison retained ownership of The Crickets’ name and continued to perform and record with all the band’s lineups for decades. In the early 1960s, they became the tour band for the Everly Brothers, then, they went on to work with Bobby Vee. Mr. Allison established himself as a session musician for artists like JJ Cale and Johnny Rivers. 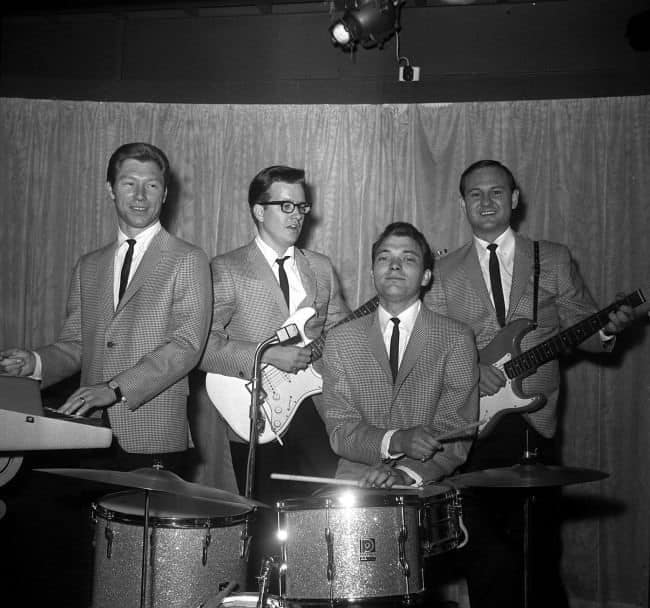 He also continued as a song writer (his first writing credit being “That’ll Be The Day“, what a way to make a debut, right?). He co-wrote another Holly classic, “Not Fade Away“, but was allegedly cheated out of a credit by Norman Petty. He told Record Collector years later: “I do regret not getting my name on it, since The Rolling Stones recorded it, and I wouldn’t have minded the money. […] I liked the Stones’ version better because Charlie Watts played a real drum kit” [as opposed to Allison, who used a cardboard box as a snare].

The Crickets’ recordings after Buddy Holly’s death included Sonny Curtis’s song “I Fought the Law” (later famously covered by the Bobby Fuller Four and English punk rockers the Clash), and “More Than I Can Say”. The latter was co-written by Allison and Curtis, and later recorded by Bobby Vee and Leo Sayer.

In the 1960s and 70s, Jerry Allison and Sonny Curtis focused on songwriting, starting a publishing company called Mark Three. The company’s copyrights included Curtis’s “Love Is All Around” (the theme to “The Mary Tyler Moore Show”).

Mr. Allison was inducted into the Rock and Roll Hall of Fame as a member of The Crickets in 2012.

He played his last show with The Crickets in 2016. 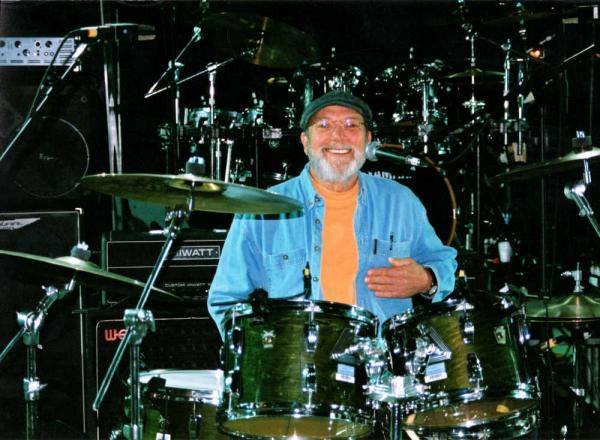 As a drummer, he favoured a more simplistic approach. He said in 2015: “We [The Crickets] always tried to keep everything relatively simple. That was part of the plan. I have run across a lot of drummers […] and they play every lick they know. And a lot of them, they play so much you can’t even pick it up on a recorder. It’s all blurred. I always liked to kind of keep it pretty simple. Besides that, you don’t have to practice as much.”

Jerry Allison died at his home in Lyles, Tennessee, where he had been spending his retirement living on a farm. He had been the last surviving member of the band’s original line-up. According to Crickets guitarist Sonny Curtis, the cause of death was cancer.