HOME > TESTS AND REVIEWS > What’s it like to work as a drummer? 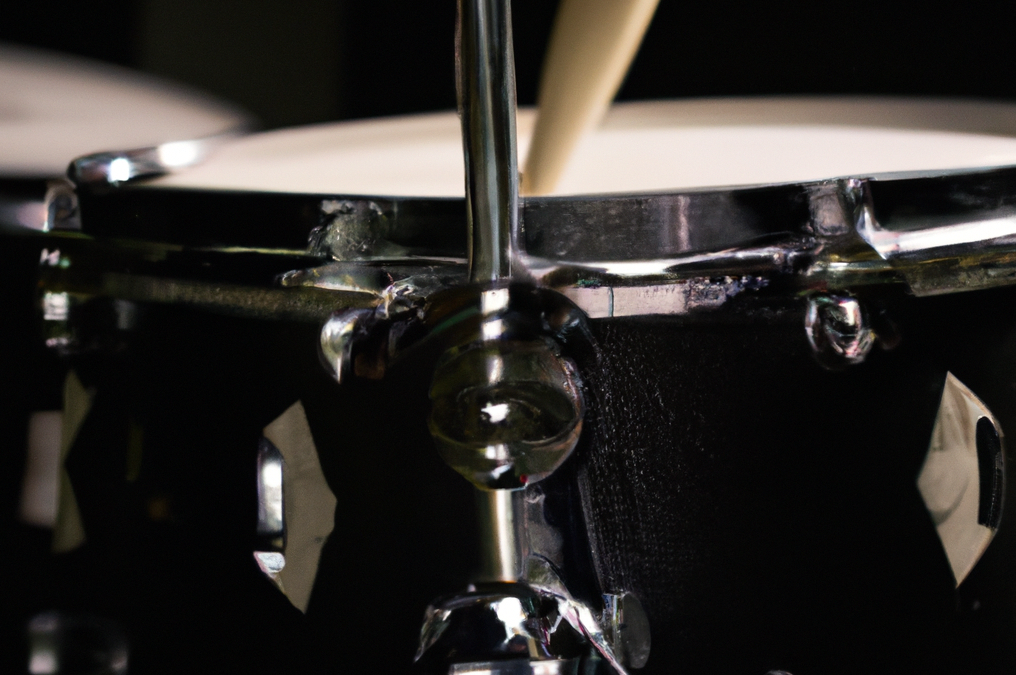 Who is a drummer? A drummer is a musician who plays the drums. The drums are a percussion instrument that can be played with the hands, sticks, or other objects. Drummers typically play in a band or orchestra, but they can also play alone. Drummers have been around for centuries and their role in music has evolved over time. In the past, drummers were often used to keep time for dancers or to provide rhythm for other musicians. Today, drummers are more likely to be the focal point of a band or performance. They may take on a lead role, providing solos and driving the rhythm of the music. 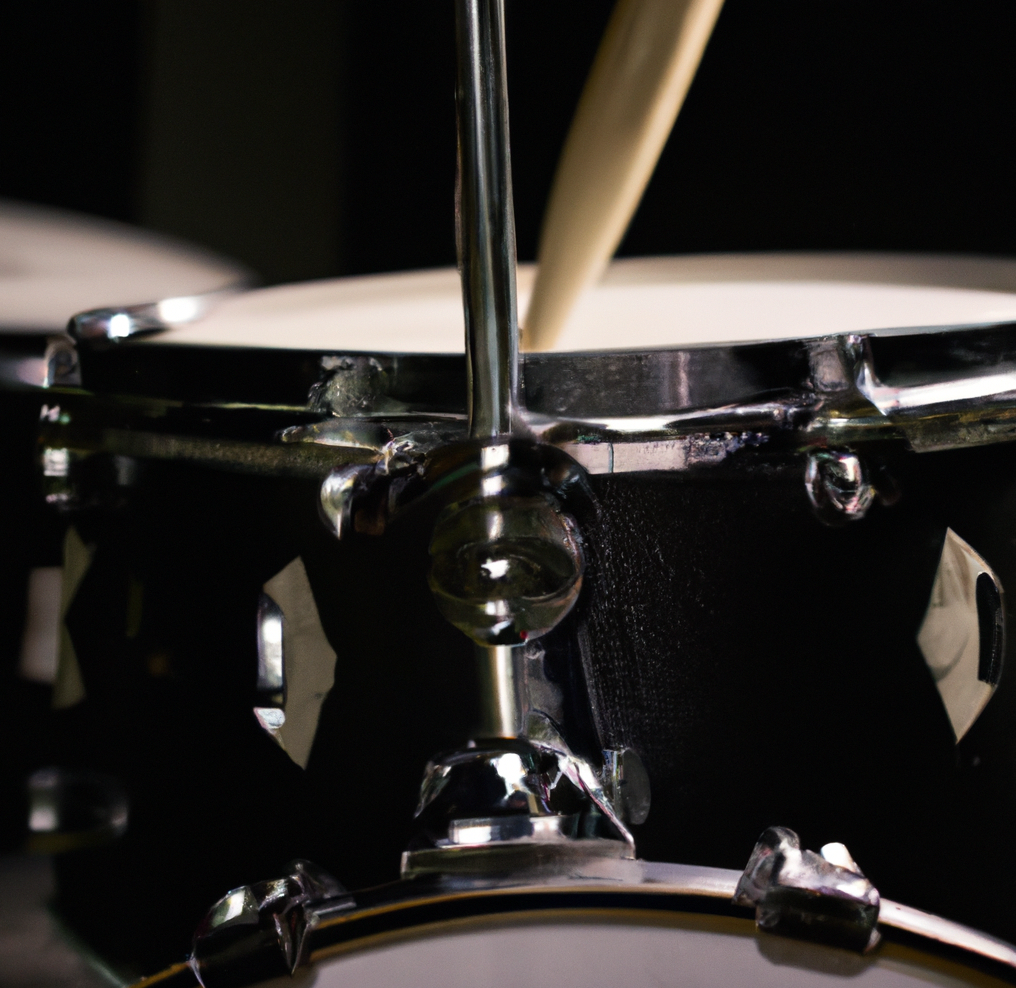 Most drummers use a kit that includes a bass drum, snare drum, tom-toms, and cymbals. Some players add additional percussion instruments such as congas or bongos. Drum kits can vary in size and complexity depending on the player’s style and preferences.

Players must develop coordination between their hands and feet to play the drums effectively. This takes practice and many hours of playing before muscle memory takes over and coordination becomes second nature. Different strokes and techniques can be used on the drums to create different sounds. Players may use their hands, sticks, or other objects to strike the drums; they may also use electronic pads or pedals connected to triggers that produce sound when struck.

As with any musical instrument, there is no one “right” way to play the drums – each person brings their own unique style and interpretation to the instrument. There are endless possibilities when it comes to creating rhythms and beats on the drums; it is up to each individual drummer to find what works best for them and their groupmates .

Working as a drummer.

Drumming is a great way to make money. You can play in a band, give drum lessons, or even busk on the street. With a little bit of hard work and dedication, you can make a decent living as a drummer.

If you want to make money playing drums, the best way to do it is by playing in a band. Bands usually pay their members based on how many gigs they play, so the more gigs you play, the more money you’ll make. To get started, try contacting local bands and see if they need a drummer. If you don’t live in an area with many live music venues, you can also try booking your own shows at smaller venues or house parties.

Another option for making money as a drummer is giving drum lessons. This is a great option if you have patience and enjoy teaching others. You can advertise your services online or through word-of-mouth. Once you start getting students, set up a lesson plan and charge by the hour. For beginner students, you may want to offer discounted rates at first to build up your clientele.

If you’re not interested in playing in a band or giving lessons, another option is busking (playing music on the street for tips). This can be done solo or with a group of musicians. When busking, it’s important to choose high-traffic areas where people are more likely to stop and listen (and tip!) such as busy intersections or outside popular tourist attractions. Be sure to dress neatly and have an engaging stage presence to attract attention from passersby.

No matter what method you choose for making money as a drummer, remember that practice makes perfect! The more time you spend honing your skills, the better odds you have of success.

Why Being a Drummer Is Great Profession.

Drumming is an incredibly rewarding experience that provides a great way to relieve stress, improve your coordination and sense of rhythm, and boost your mood. Here are just a few reasons why being a drummer is great:

There’s nothing quite like the feeling of hitting the perfect drum beat or filling in the gaps with some killer fills. When you nail a difficult passage or deliver a particularly impressive performance, it’s an incredible rush that can’t be matched by anything else. The fact that you get to share this experience with other musicians only makes it all the sweeter.

Drumming is an excellent workout for both your arms and legs, and it’s also great for improving your cardiovascular health. If you’re looking for a way to get in shape without spending hours at the gym, then drumming is definitely for you! Not to mention, it’s also great for toning up those core muscles.

Who are the most famous drummers?

Ringo Starr is a British drummer who rose to fame as a member of the Beatles. He has been described as “the greatest drummer in rock and roll history” by Rolling Stone magazine. His distinctive style helped define the Beatles’ sound and earned him widespread praise. After the band’s break-up, he enjoyed a successful solo career and became one of the most in-demand session drummers in the industry. He has also appeared in numerous films and television shows, both as himself and as a character.

Keith Moon was an English drummer who was best known for his work with the rock band the Who. He was considered one of the greatest rock drummers of all time and was known for his eccentricity and wild behavior both on and off stage. His unique style profoundly influenced later generations of drummers. Moon died at age 32 from an accidental overdose of prescription drugs.

John Bonham was an English drummer who was best known for his work with Led Zeppelin. He is widely regarded as one of the greatest rock drummers of all time and helped to define Led Zeppelin’s signature sound with his powerful playing style. Bonham tragically died at age 32 after choking on his own vomit following a drinking binge. His death led to Led Zeppelin’s dissolution shortly afterwards.

Neil Peart is a Canadian drummer best known for his work with the rock band Rush. A highly accomplished musician, Peart is respected for both his technical skill and song writing ability. He has been inducted into both the Modern Drummer Hall of Fame (in 1983) and The Rock And Roll Hall Of Fame (in 2013), making him one of only five people to be inducted into both institutions. In addition to his work with Rush, Peart has also released several books, including Ghost Rider: Travels on the Healing Road (2002), which chronicles his recovery from personal tragedy.

What other instruments you could play besides the drums?

The piano is a classic instrument that has been around for centuries. It is played by pressing keys on a keyboard, which activate hammers that strike strings inside the piano. The pitch of the note depends on how hard the key is pressed; harder means higher pitch. The volume can also be controlled by how hard the keys are struck. There are 88 keys on a standard piano keyboard, which cover the entire range of human hearing from low to high notes.

The guitar is another popular instrument with a long history. It is played by plucking or strumming strings with the fingers or a pick. The strings vibrate and create sound waves that travel through the air to our ears. Guitars come in many different sizes and shapes, from small ukuleles to large bass guitars, and they can have anywhere from four to 18 strings. Different techniques can be used on guitars to create different sounds, such as strumming chords or picking individual notes.

The theremin is an unusual instrument that you don’t see too often these days. It was invented in 1920 by Russian scientist Lev Termen (whose name it bears). It’s played without being touched – two metal rods called antennas emit electromagnetic fields that control sound production when they are moved closer or further apart from each other. The result is eerie, ethereal music that has been used in movie scores (such as 1950’s “The Day The Earth Stood Still”) and popular songs (“Good Vibrations” by The Beach Boys).

These are just three examples of the many different kinds of instruments one can learn to play – there are literally hundreds more out there waiting to be explored! So if you’ve ever thought about picking up an instrument but weren’t sure where to start, why not give one of these a try?

What’s it like to work as a professional musician?

As a professional musician, you’ll need to be able to sight-read music, improvise, and compose your own tunes. You’ll also need to be proficient in a variety of musical styles, including classical, jazz, rock, pop, and blues. And you’ll need to know how to play at least one instrument – preferably two or more – at a high level.

If you want to make it as a professional musician, you’ll need to start developing your skills from a young age. Many successful musicians began taking piano or guitar lessons when they were just five or six years old.

It’s also important to get involved with music programs in your school and community. Participating in band or orchestra can help you develop your musical skills and teamwork abilities. And performing in front of an audience – even if it’s just your family and friends – can help boost your confidence level.

Of course, practice makes perfect – so make sure to devote plenty of time to honing your craft. A few hours each day is ideal; but if you can’t commit that much time, try for at least 30 minutes per day. Remember: The more time you spend practicing and refining your skills, the better chance you have of making it as a professional musician someday!

Tips how to make money as a musician.

There are a few ways to go about finding a job as a musician. The most common way is to simply network with other musicians and industry professionals. This can be done by attending events such as concerts, festivals, and open mics, or by joining online communities related to the music industry.

Another way to find work as a musician is to register with an agency that specializes in booking musical talent or visit job boards that list unconventional music gigs such as https://job.guide or https://www.flexjobs.com.

These agencies and job boards typically have connections with clubs, restaurants, bars, and other venues that are always in need of live music. Registering with an agency is usually free, and they will often promote your profile on their website or through social media channels.

If you’re looking for more long-term work as a musician, you may want to consider teaching private lessons or working as a band coach. You can also look into working at music schools or performing arts programs at colleges and universities. Many of these institutions are always searching for talented musicians to join their faculty or staff.

Of course, one of the best ways to find work as a musician is simply by creating your own opportunities. If you’re skilled at composition and arranging, you can start writing original songs or scores for short films and independent projects. You can also give live performances at small venues such as coffee houses or local parks. By taking the initiative and promoting yourself actively, you’ll increase your chances of finding paying gigs and building a successful career in music.