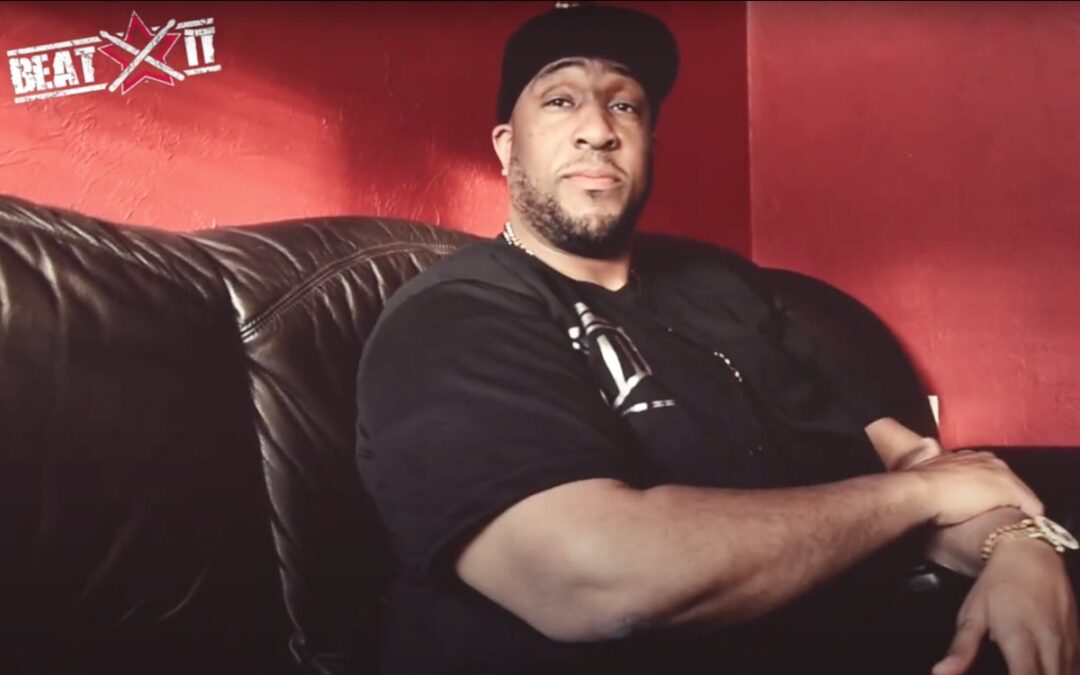 We met up with Eric Moore on the 7th of April 2022 at the Art Music Club in Tychy, Poland as he was doing a showcase for GEWA G9 digital drums.

Naturally, in addition to presenting the gear, Eric also displayed superhuman drumming capabilities and excellent interpersonal skills, which were witnessed by 120 enthusiastic fans participating in the event that night.

We had a short chat with the Artist just before he went on stage. Here it is… 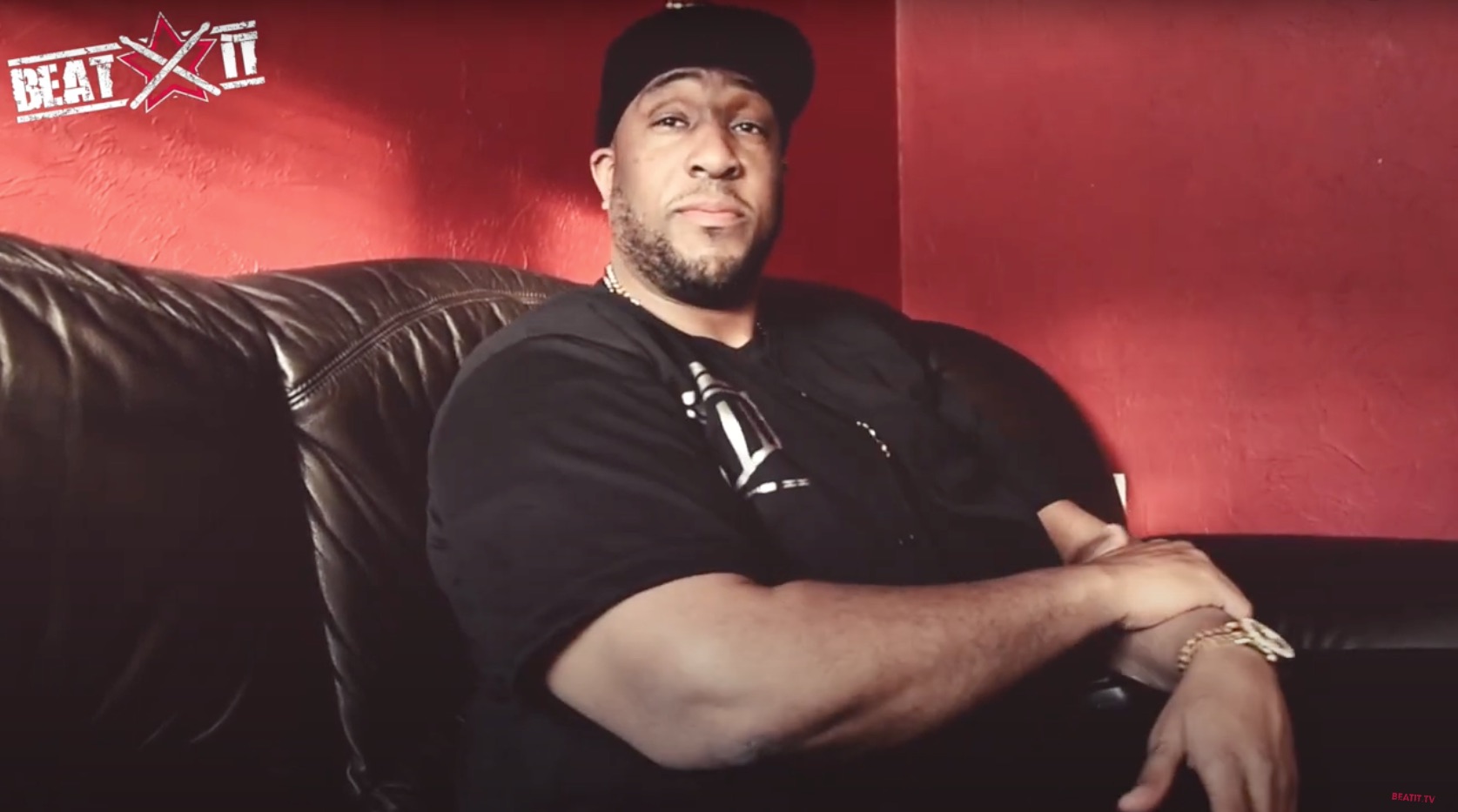 beatit.tv: Eric Moore on beatit.tv! Thanks very much for taking time to talk to us

beatit.tv: We’re catching up with you here in Tychy, Poland as you’re doing… Is it a workshop, masterclass, showcase for the GEWA G9?

Eric Moore: That’s exactly what it is. You got it correctly.

Eric Moore: That’s exactly what it is.

beatit.tv: I hear you’ve had something to do to with the development of the module and the instrument as such…

Eric Moore: Yes. We’re still doing a lot of things to it. It’s like a hybrid of a Tesla car and it gets upgrades every so often. So as we develop new things for the G9, it’s constantly getting upgraded, so it’s laways a better product. It’s really good and it’s coming together really nicely.

beatit.tv: What did you want to get out of it in the development stage?

Eric Moore: I just wanted the drums to be better than other electronic drums. I wanted them to be touch responsive, to be able to pick up all of my fast playing, to sound realistic and not have to have Superior Drummer hooked to them from another computer. I just wanted all the sounds in the brain to be really, really precise, fast and responsive, the hi-hat to have a great sensor and great mobility. I wanted al the cymbals to sound and feel correct, for the snare drum to have the top and the bottom with snare wires, and other things that go along with being a drummer. I wanted this to be a drum set, not just another electronic to play electronic sounds. It’s so amazing! The touch-screen module – from being able to upload your song to being able to have a Wi-Fi connection, downloads constantly giving you new products, new sounds and everything in it. It’s been a joy to work with GEWA. Whatever idea I come across, if I come across a sound, like a cinema sound, it will be awesome and we’ll add this to the roster. This is really nice.

beatit.tv: You’ve basically answered my next question, which is what sets it apart from the other drum kits.

Eric Moore: Everything sets it apart. It’s a totally different beast and I really, really enjoy it. Not just the drum set itself but the capabilities, which are endless.

beatit.tv: Have you already had the opportunity to apply this into your working settings?

Eric Moore: Oh, yeah! Often. As a lot of people see on my social media – from Instagram to YouTube, to a lot of my things, or maybe in the studio and in live settings – I use the G9 all the time. Especially the brain with a lot of percussion instruments. The percussive side of it is really amazing. I like to link that with acoustic drums and acoustic cymbals. But today I’m playing all GEWA, so it’s like my acousitc setup. Every sound that’s in there today is all part of the package that comes with that. Nothing has been added. Every single sound is something that’s already in the brain.

beatit.tv: That’s great! In Europe, you’re affiliated with the Italian superstar Eros Ramazotti. Have you also had a chance to use this stuff with him?

Eric Moore: No, I have not. That’s just the pandemic. Since we’ve been in the pandemic, I haven’t had the chance to play the GEWA G9. I only played it back in January 2020 when it was first in development stages. Now that it’s out, because it came out in 2021, I will probably use it next year when we go on tour. It’ll be really exciting. Can’t wait!

beatit.tv: So the next stage is to use it at stadiums with Eros.

beatit.tv: You’re doing stadiums across Italy and Europe. What are you doing in America?

Eric Moore: I work all the time. I have my own drum stick company called DOPESTICKZ.COM. I’m not endorsed, I own a drum stick company. I also have the Drum Resort in Las Vegas, Nevada, where it is the drummer’s paradise. Drummers come in and get lessons, also on drumresort.com. I have four books available there and all types of different things, from lesson plans to being able to show you chops and just one-on-ones. There’s so much going on. I gig every weekend when I’m home at several clubs. I have a residency on Monday nights at Terrace Mediterranean. That’s on top of Larry Flint’s Hustler Club. So I’m constantly working, recording and doing everything I can to stay and be one of the greatest musicians. That’s my goal in life, to continue to be great and be better than I was the day before.

beatit.tv: Thank you very much. That’s a great way to finish this. Enjoy the showcase tonight, enjoy the interaction with the people…

beatit.tv: And enjoy the gear because it’s great.

Eric Moore: Thank you, sir. I appreciate you so much!