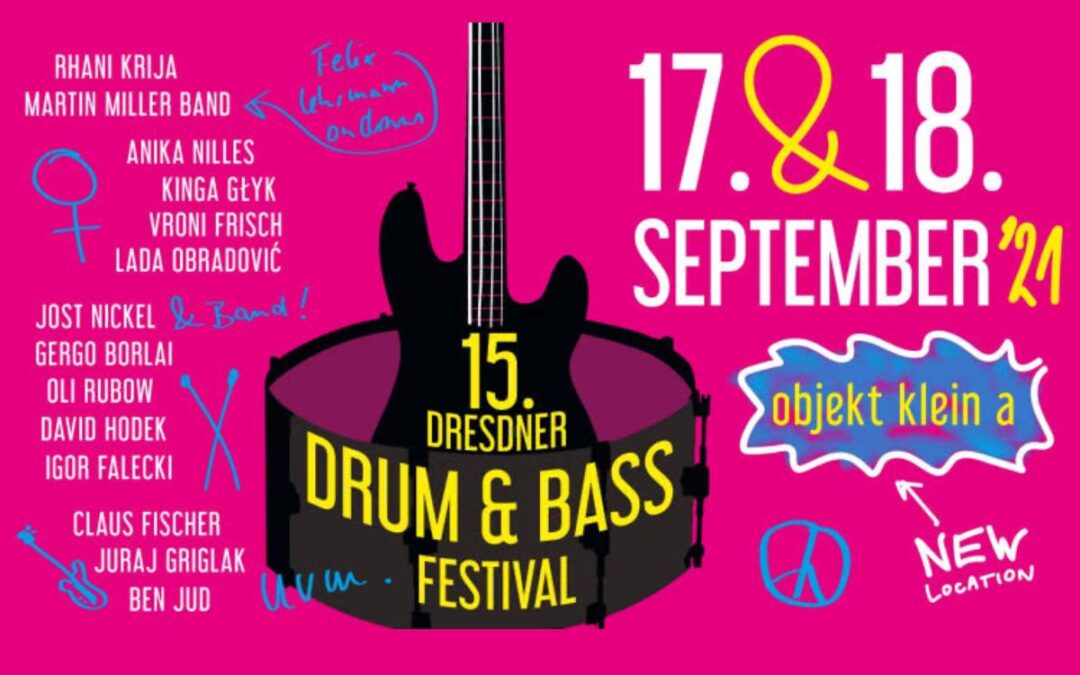 The 15th edition of the Dresdner Drum & Bass Festival will take place on September 17 and 18, 2021 in Dresden, Germany.

Among the announced artists are Anika Nilles, Igor Falecki, Grego Borlai and Jost Nickel, whose review of his debut solo album can be found here. 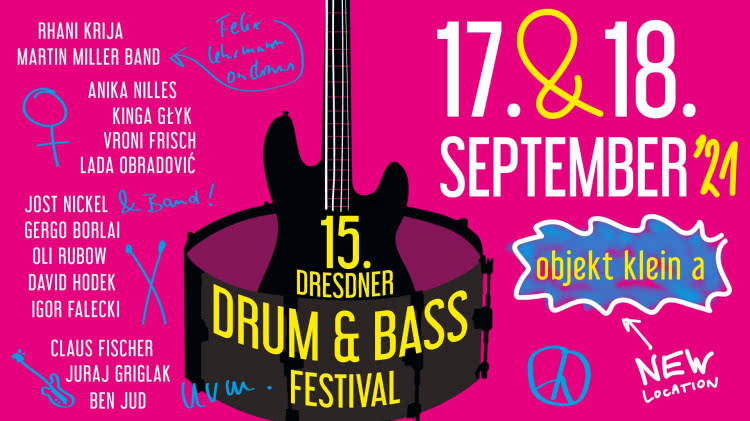 Anika Nilles is a German drummer, composer, solo musician, and musical educator. She set her career in motion during the early 2010s through YouTube, and has released two full-length albums to date, both with her backing band Nevell: Pikalar in 2017 and For a Colorful Soul in 2020.

Gergo Borlai is a Los Angeles based Hungarian drummer/composer/producer. He started playing drums at age of 3. He has played on more than 500 albums. Gergo is a part of the Los Angeles music community and playing/touring with Grammy awarded artists. He is also doing clinics, drum camps, masterclasses around the world.

Igor Falecki is a young Polish drummer and composer. Since 2006, Igor has performed in Poland and other countries, e.g the USA, China (Hong Kong), France, Germany, Spain, Hungary, Denmark. He has collaborated with Radzimir Dębski (JIMEK), Quebonafide, Taco Hamingway and Michał Urbaniak, to name a few. He has also shared clinics with such drumming gigants as Aaron Spears, Brian Fresier-Moore and Eric Moore.

Jost Nickel is a German top session and tour player. His name appears on the credits of many hit records at home, as well as abroad. He has played and recorded with Jazz greats like Randy Brecker, Jeff Lorber, Bob Mintzer, Jimmy Haslip, Barry Finnerty, Mitch Forman, Brandon Fields and many more. Jost was nominated “Best Clinician” by Modern Drummer Magazine in 2016 and was included on MusicRadar’s list of “the 10 best drum clinicians in the world” in 2016 & 2017.

To learn more about the festival visit: https://dresdner-drum-bass-festival.de/