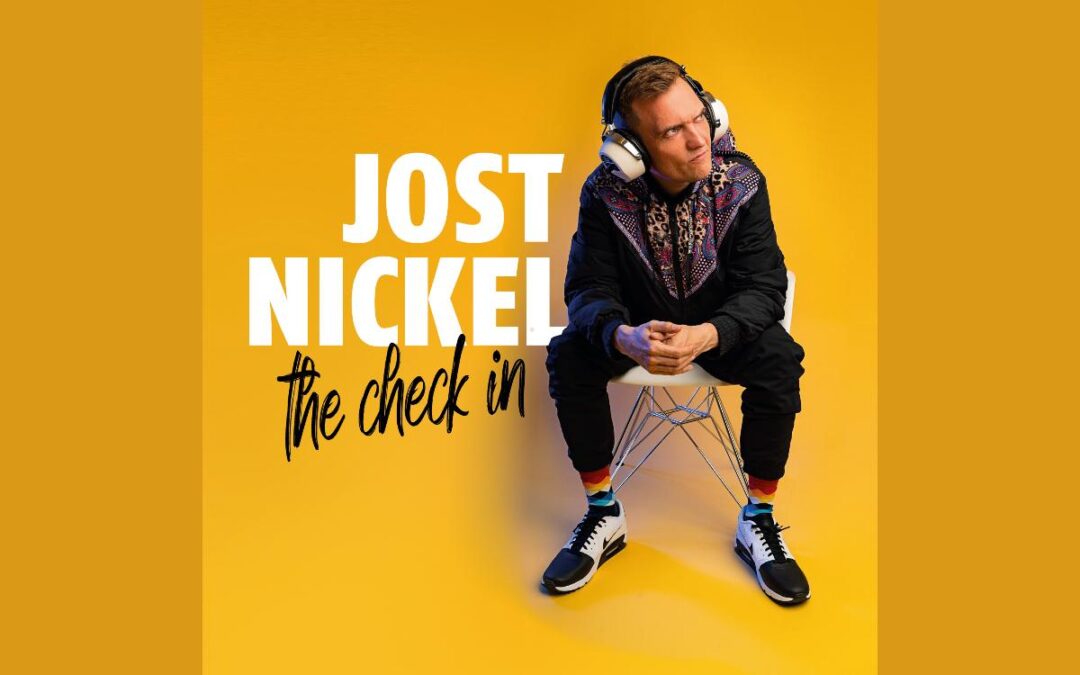 Jost Nickel is a drummer who needs no introduction to drum freaks or fans of the Meinl and Sonor brands in Europe. He has already displayed his outstanding playing abilities at numerous drum shows and clinics all over the Old Continent. Those interested in drumming may also be familiar with the books: “Jost Nickel’s Groove Book“, “Jost Nickel’s Snare Book” and “Jost Nickel’s Fill Book“. Regular viewers of beatit.tv have also had the opportunity to see this remarkable musician many times in our materials. Finally, you can listen to the discography and see YouTube videos of Jost’s band, Jan Delay & Disko No. 1, which is very popular in Germany.

Currently, the time has come for the artist’s debut as a composer with the release of his first solo album, “The Check In“. It comprises eight tracks composed by Jost (on his own or together with musicians such as Dirk Berger, Mark Smith, Ali Busse or Markus Bak). Among the guest instrumentalists are Jimmy Haslip – an outstanding American bassist (Yellowjackets, Bruce Hornsby, Kiss, Gino Vanelli, Allan Holdsworth, Chaka Khan, Al Jarreau), keyboardist Jeff Lorber (The Jeff Lorber Fusion, Chick Corea, Kenny G, Paulinho Da Costa, Herb Alpert, Laura Branigan) and a whole galaxy of top German musicians. 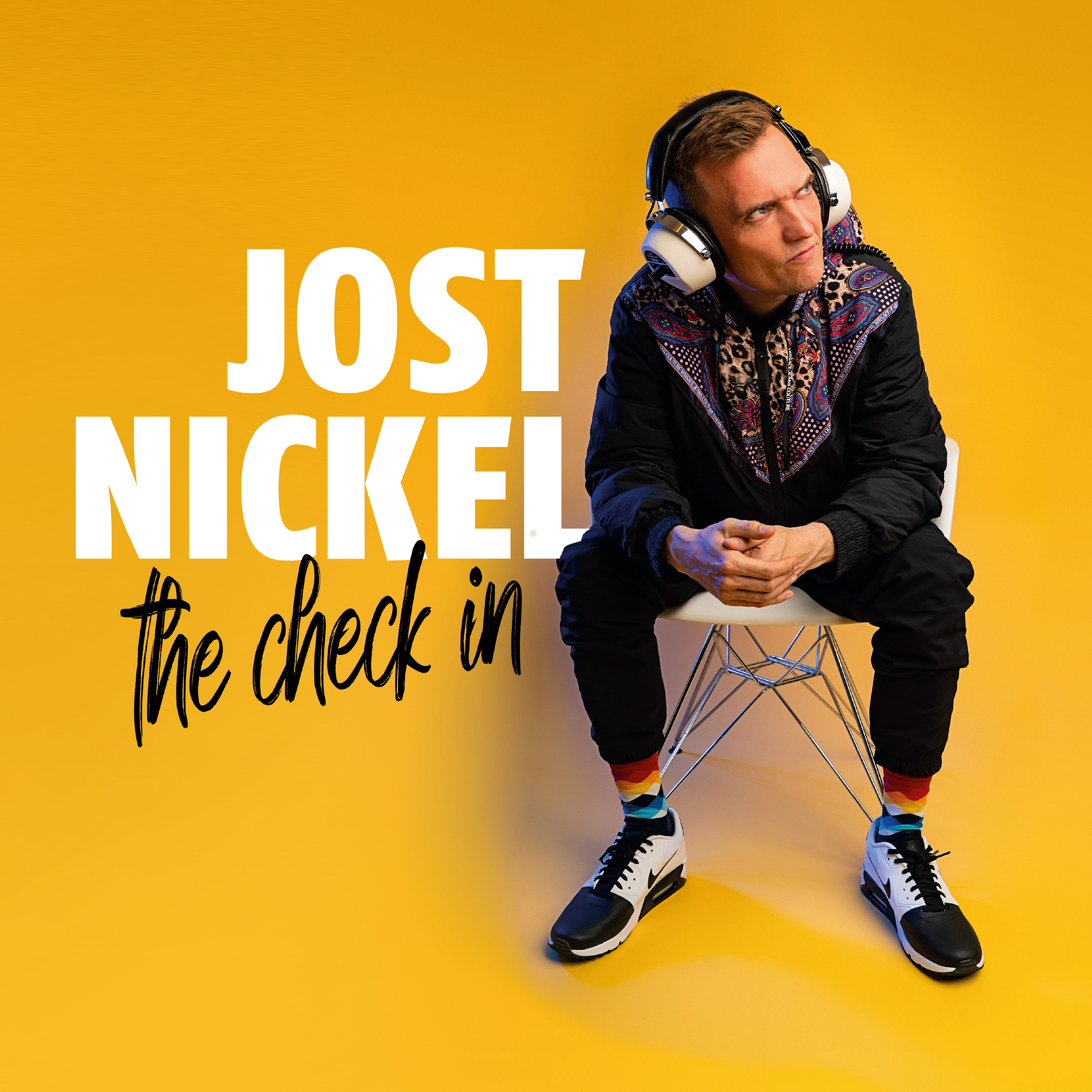 Before listening to Jost’s album, we had some concerns as solo work of the most outstanding instrumentalists often turns out to be a vent for them to show off their skills, which is not always to the advantage of the music. A common problem is also the situation where the music performed by such newly minted soloists is sometimes a non-engaging mixture of jazz, funk, blues, pop, or rock, or even a pale reflection of the greatest achievements of 70s and 80s fusion, which is due to those artists’ technical proficiency in many genres, which does not necessarily translate into writing proficiency.

Fortunately, this is not the case with Jost Nickel‘s “full-length” solo debut. Although the material checks most of the boxes mentioned above (i.e. we are dealing with a drummer of the highest class, one of the most outstanding in his generation, who surrounded himself with top instrumentalists from the USA and his native Germany and recorded an entirely instrumental album 😉 ), the mixture served to the listener turns out quite tasty. Of course, it IS fusion, with jazz, funk and pop as basic ingredients, but the pop element is based primarily on attractive melodies. It is they that dominate the pieces, not the instrumentalists’ individual displays (the latter are very scarce, all the solo parts are supposed to add colour to the tracks, which has been achieved). Add to the equation an interesting riff to spice up the song here and there (a great example is the middle section of the ballad “No Rush“, by no means a ballady one), a propelling brass section arrangement (“Cookies“), an energetic blues-rock guitar motif intertwined with a horn section and the Hammond organ (title track), a neat theme (“Bloon“) or a funky ride with a tempo change at the end (“I Understand“), and we get a fine sonic cocktail that can grab the listener’s attention for longer. With one restriction, though. Namely, the album will not convince anyone who considers fusion “music for musicians”. Let’s be clear on this: the unconvinced will remain unconvinced. On the other hand, those who enjoy jazz harmonies combined with a funky drive and pop melodies will not regret the time spent listening to this music, which is all based on a solid and rocking rhythm base provided by the leader.

Talking about the leader, it’s time for a few words about the drum parts. You cannot deny the German drummer his outstanding technique and finesse. Everyone who has seen any of his drum shows already knows this, and the “The Check In” only confirms it. The guy simply plays great – with a groove and an edge as well as the ability to go around the kit really fast or play an interesting pattern on the hi hat, but above all plays for the song. He doesn’t dazzle with technique and sounds wonderful (the whole album is very well-produced). You can easily reach for this release and get something out of it, if only in terms of the drumming. Anyway, Jost will certainly use these compositions as drum play-alongs during his clinics and drum shows as soon as the epidemiological situation allows it, so there will be plenty of opportunities to experience everything in person. 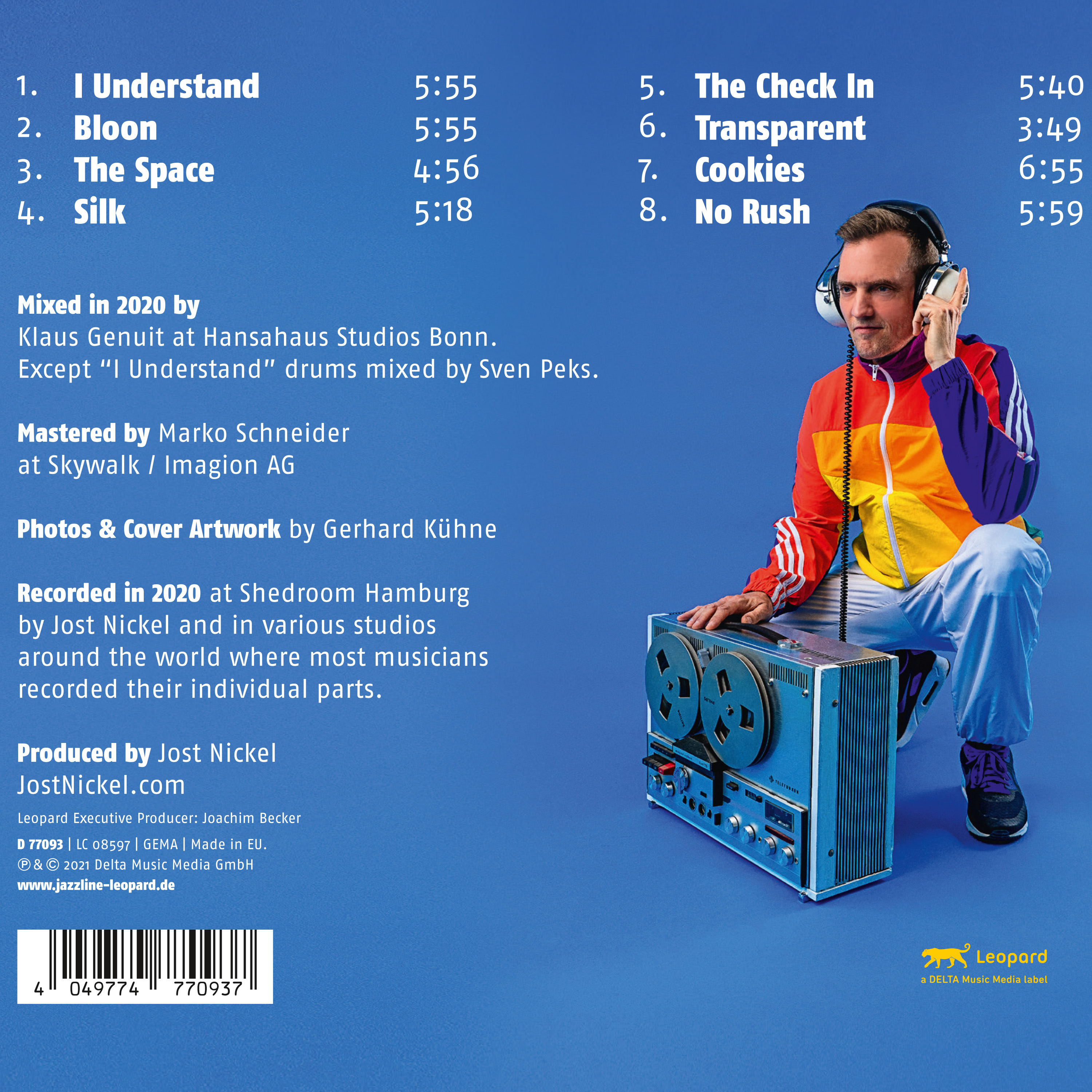 In the press materials accompanying the record, Jost Nickel says: “I love the musical freedom that comes with jazz and also the catchy melodies of pop music. So, on my album “The Check In” you’ll find the best of both worlds.” It is true insomuch that one tends to remember more of the jazz side and the musicianship after the first hearing, while the melodies prove to have stuck with you when listening to this collection of tunes for the second or third time. We find the songs “Bloon” and “Cookies” especially interesting.

For more info, go to: http://jostnickel.com/en/