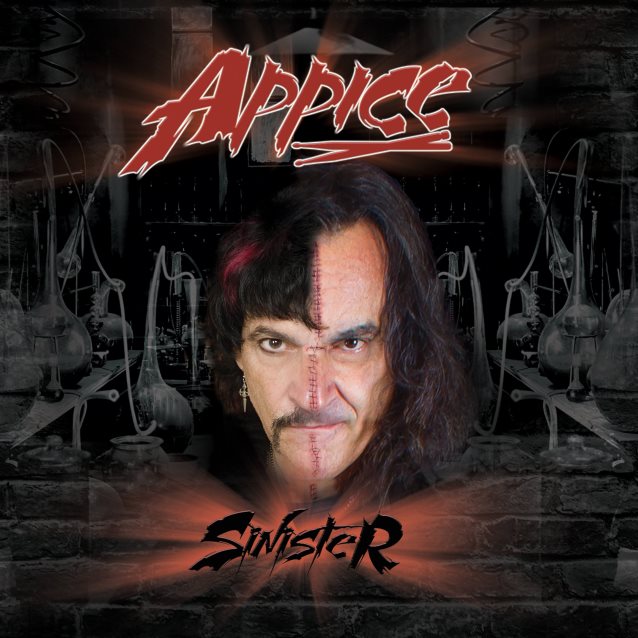 Some time ago, our news team informed about brothers Carmine and Vinny Appice making a studio album together under the name APPICE. As it is already out, we think a drummers’ website should take a close listen to it on behalf its viewers and readers. We are doing so not because it is an album by two blood-related drummers, but because those are two of the best rock drummers in the world (let us mention just a few of their classic achievements: Vanilla Fudge, Rod Stewart, Cactus, Black Sabbath, DIO).

The record is a result of superstar sessions as each track was cut by a different configuration of guitarists and vocalists known from such groups as Guns N’ Roses, Whitesnake, Govt’ Mule, Quiet Riot or McAuley Schenker Group. There’s even a slot for Poland’s own Igor Gwadera from WAMI and Anti Tank Nun, who co-wrote the songs “Danger” and “Bros In Drums“.

Let’ us go over to the most important thing in the world, i. e. drums 😉 The album is mixed in such a way that Carmine Appice can be heard in the right channel while his brother Vinny is playing on the left. Thanks to this treatment, already in the opening track (“Sinister”), we know exactly who is playing a fill at a given moment (and there’s quite a lot of them). You can also clearly hear when the brothers are playing exactly the same parts, when they trade licks and fills and when they compliment each other’s parts. Examples of the latter include a drum cannonade in the left channel while there’s only a hi hat clicking in the right, or the other way round. Also, when a straight beat is being played, we can hear which of the drummers is adding grace notes and which one is not. In the last chorus of “Monsters And Heroes“, they both play the same rhythmic figure, but hitting the snare by turns. The title of track no. 5 (“Drum Wars“) is quite self-explanatory, we think. “Bros In Drums” is no drum battle. It tells the brothers’ life stories and their love for the drums (as it turns out, their Mom wasn’t quite as happy). The least convincing bit is a Black Sabbath medley titled “Sabbath Mash“.

“Sinister” by brothers Appice is an album built solely around hard rock repertoire so, if someone is absolutely put off by the style, even the fact that two great drummers play at the same time won’t help much. However, the remaining music fans, especially rock-and-roll-loving drum freaks, can easily take a listen and possibly also learn a thing or two.