Will Hunt Interview for BeatIt, Pt. 2 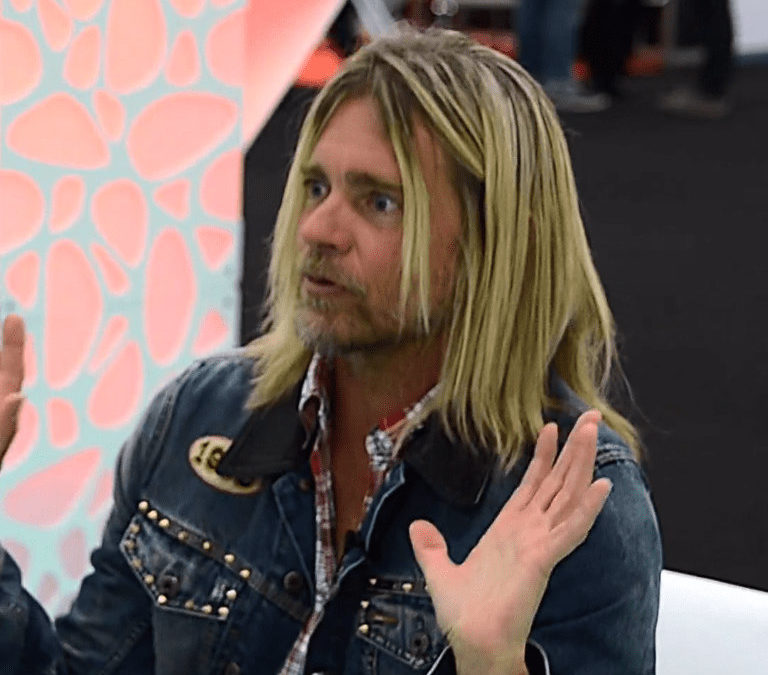 Will Hunt is an experienced drummer with numerous musical collaborations under his belt. In the last 20 years, he has worked with such acts as Dark New Day, Static-X, Mötley Crüe, Methods Of Mayhem, Staind, Slaughter, Vince Neil, Michael Sweet, Black Label Society, Vasco Rossi or Device. Currently, he is a member of Evanescence, White Noise Owl and Rival City. Evanscence will be on tour across Europe in June. Will is endorsed by such brands as Zildjian, Pearl, Remo and Vater. 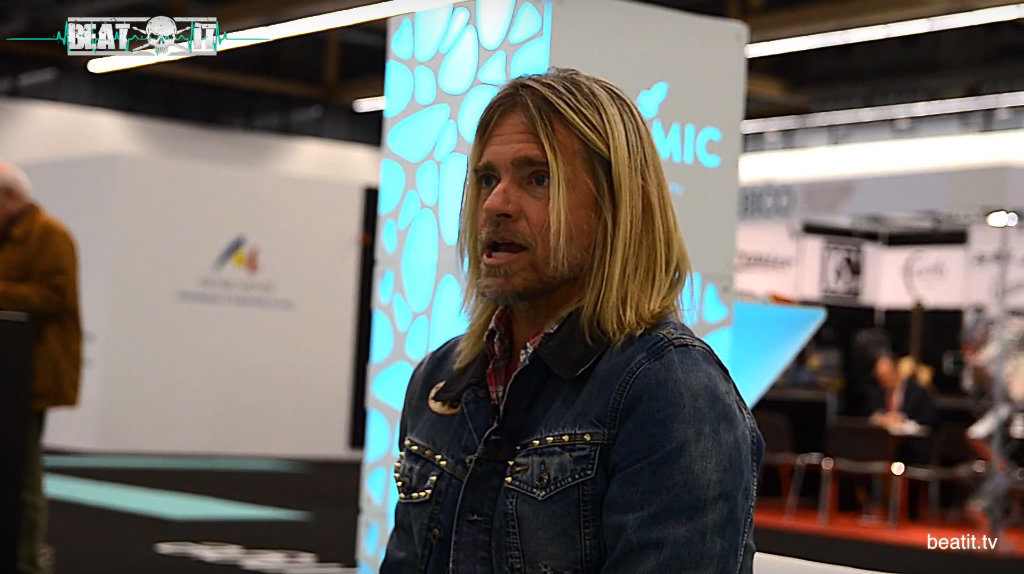 BeatIt: Do you remember the first gig you actually witnessed as a fan or something your dad took you to?

Will Hunt: This is pretty funny. We were living in Gainesville, FL at the time. My dad was a student at the University of Florida. They used to have free concerts in the student grounds. The one free concert, the first one that I can really remember for a few reasons, I was probably 6, was Joe Cocker. The funny thing about that (I have a memory like an elephant, I remember weird shit going way back) is I remember the smell of marihuana, vividly.

B: Which you didn’t know what it was at the time.

W. H.: My dad said it was Indian tobacco. It’s his story and he’s sticking to it. The opening band seemed like they played forever. Over here, my parents talking about stuff and then the band keep saying: ‘Joe’s running a little late so we’re just gonna keep playing.’ I think they played for another two hours before Joe showed up inebrated. He stumbled onto the stage. It was kind of like a Jim Belushi mockery of Joe Cocker.

B: That was at the height of his addictions.

W. H.: Oh yeah, dude! But when he grabbed that mic and started singing, I remember being moved. Do you think that might have had any influence on your later career choice? It influenced me on what not to do, you know. Don’t show up two hours late shitfaced.

B: Then again, Keith Moon did all his crazy stuff and so what?

W. H.: That was a freak, man. My daughter’s middle name is Moon. I’ll say it’s after him but my wife might differ.

B: Sooner or later you started feeling this urge to play with other people, not just jam with your dad but maybe do stuff with your peers.

W. H.: The problem that I had was that I was…I don’t want to sound weird about this, but I was advanced. By the time I was 12, I was putting on my records and playing. I had no friends that were anywhere near that. They were just kinda learning how to put their fingers around the neck and make a G chord. It was frustrating. What I had to do, and in hindsight maybe it was one of the best things I ever did, I spent a lot of time in my room and I would put on records and I would play the entire side one and flip it over to play side two. I would play to these different great drummers trying to mock it. I think it had a lot to do with learning feel, meter…

W. H.: Exactly. Learning parts, why is that there. It was a little bit of a bummer but I didn’t really start playing with other people that were at that level until I got to high school. I was a freshman at high school and I met some guys. This bass player, man! I still remember this guy. He wound up going to Berkeley. He’s freaking phenomenal, man! And two guys had been playing guitar together since they were 10 and they were ripping. I remember the first song we played was ‘Aces High’ by Iron Maiden. This bass player had never heard the song or played it before. Maybe he’d heard it. One of the guys brought the ‘Guitar World’ magazine that had the transcription in it. He said: ‘Hey, I can do it!’. He put it down, put his foot up, looked cool. When I counted off and went into it, he played that thing note for note and was ripping it! The guitar players doing the harmony. I think that we probably would have kept that thing going if we could find a singer. It was the elusive singer. That was my first experience of playing with some guys at my level that just felt good, you know.

B: And guys into the same type of music, right?

W. H.: Yeah, totally! It was the first time that I had crossed paths with people like that, played like that and had that feeling of oneness and power. I think it’s a real privilege. I never had this experience, and it’s not gonna happen, to have played with older guys and soak things up from them, which happened to you.

B: But at some point, you just have to go your own way.

W. H.: You do. You just have to figure out how to be a little selfish in what you want and not settle. That’s tough to do. It’s easier for kids nowadays because the Internet has shrunk things so much. It’s easier to find players in your town just because of the social media. You can pick them out.

W. H.: You can audition people right there. It’s interesting because none of my bands – Evanescence, Rival City, White Noise Owl – none of us live in the same town. Not one of us. So it is what it is.

B: What was the first actual kit you owned?

W. H.: It was a piece of crap. My dad got it for me. Literally, the snare drum was held together by shoe strings. I think he got that for me just to sort of see if this interest was tangible or just a fad, like a new toy. I was a hard hitter when I was 6 so I went through that thing like chopping butter. We needed to up the ante on this. I mowed loans for summer and I got a CB 700 kit that was this wine red colour and it was so cool. CB 700 was like the off-shoot, the Korean made version of Pearl. The reason why I liked it was because it had four rack toms. They were concert toms, like Peter Criss. They didn’t have the bottom lugs for the heads.

B: And they were deep.

W. H.: Yeah. They looked cool. I had them up there, they looked like Iron Maiden. That was the first real kit that I got and played the crap out of that thing. Then, 3 years later, I got a Tama… No, a Pearl Export kit.

W. H.: Yeah, I mean, you know, that was the jam. The reason I mentioned Tama was because a buddy of mine, who was a drummer and came from a very wealthy family, got into trouble so his dad took away his kit. He called my mom and said: ‘Take this thing’, so I had a Tama kit for a hot minute. It wasn’t what I wanted but it was better than what I had. I played that and then that Christmas I got what I wanted, which was the yellow (yellow!) Pearl Export kit.

B: Mine was black.

W. H.: Ok, you were a little smarter than me. I was getting into the glam rock thing, I guess.

B: And the first pro kit you ever had?

W. H.: It was a Pearl BLX kit. I got that when I was 17, right when I started my first real touring gig. I wish I still had that thing. I’ve seen a few of them around. There was the BLX and the MLX. The BLX was the birch version and the MLX was the maple version. It had long tube lugs. To this day, I know a couple of guys who have them, they’re freaking amazing, man! They’re so good. The Masters Classic is very similar.

B: What about the cymbals back in the day, when you were a kid, and later?

W. H.: Zildjian was the very first set of cymbals I ever got. I had some really crappy crashes that were no brand, some Chinese made something. I had a set of Zildjian New Beat hi hats. I remember that the bottom cymbal was flat all the way across and didn’t have a bell.

B: And there were holes.

W. H.: Those were just so great. Christmas would come around and people would ask me what I wanted, my family would take donations from other families. 20 bucks each to buy a cymbal for me from everybody. I always had Zildjian as long as I can remember.

B: That was the only serious choice for you…

Drummers and Drummerettes! We give you Will Hunt in the first instalment of an exclusive in-depth interview for the viewers of www.beatit.tv! Enjoy!