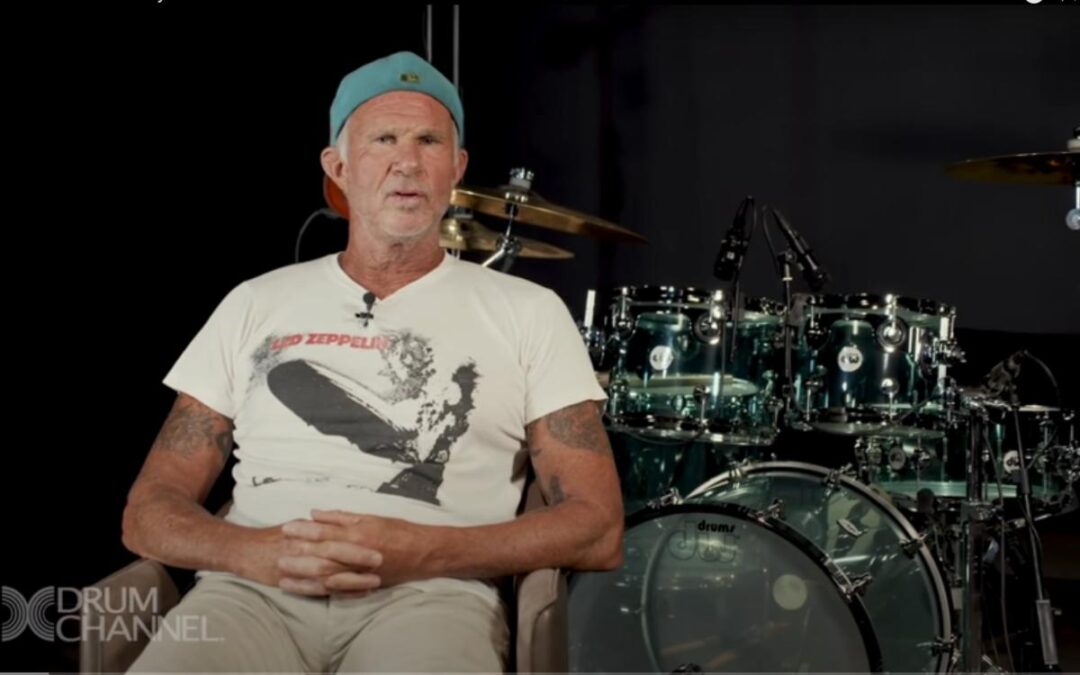 On September 12, Neil Peart would have turned 69. At the same time, it was the the Professor’s second birthday without him being with us. Physically, at least. Drum Channel asked Red Hot Chili Peppers’ very own sticksman, Chad Smith, to share his memories of the unforgettable drummer and persona (see video below, published two days ago). What a heartfelt tribute it is… 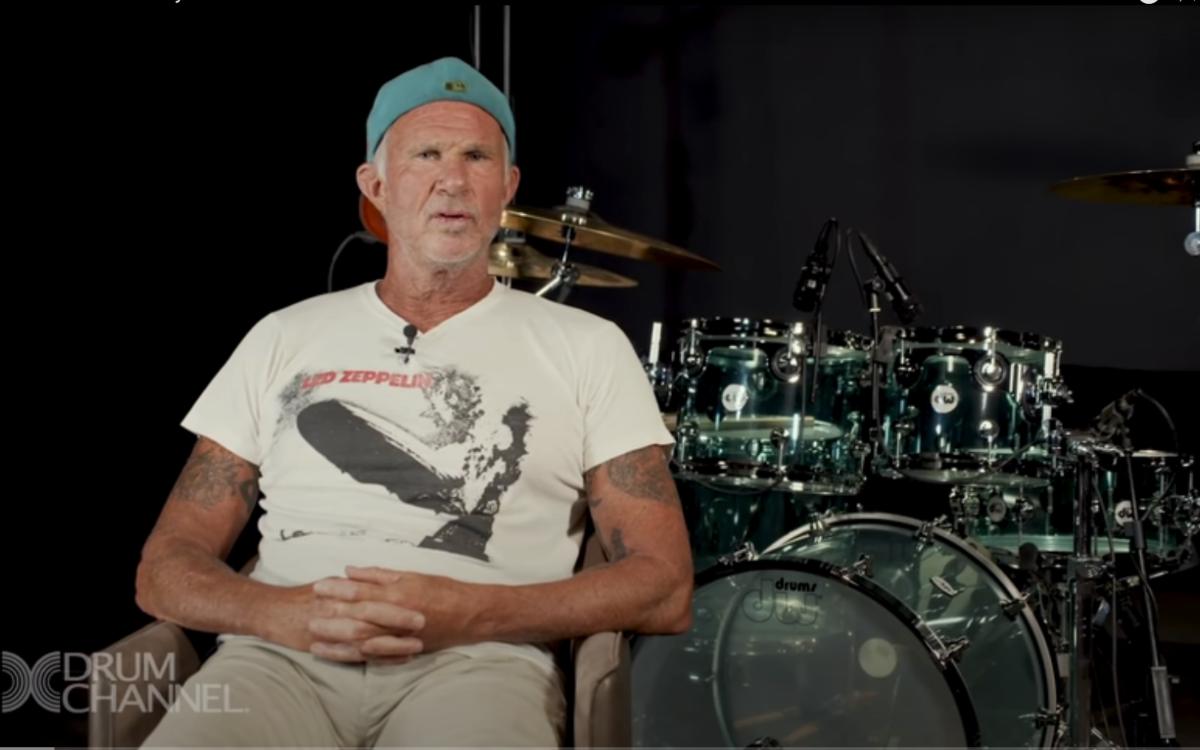 “When I was about 14 years old, I was a sophomore in high school, and I really loved playing drums. I’d played drums since I was 7. I loved sports but by the time I was a sophomore, I spent 80 per cent, if not all of that year, […] listening to “2112“. […] It was life changing for me because I had an older brother, who listened to English rock albums. Led Zeppelin was probably my favourite and John Bonham’s drumming was the most influential to me.”

“If you think about how John played and Neil played, they’re very unique, amazing, distinct drum styles but very different. I was trying to do all the triplets and make them feel like Bonham. Then, I get turned on to Rush in 1976 or 1977 and it changed my life. The parts Neil came up with and the way his style fit the music so perfectly – it was so musical and technically amazing, obviously. Those were the drum parts that were supposed to be in those songs. I learned them all. I would go down to my basement after I wouldn’t go to school, I would put the headphones on, listen to “2112” and play along with it. […] I changed my whole set up, I had 3 roto toms, 3 rack toms, a splash, a cow bell – like, a real poor man’s version of Neil’s kit at the time. I could kinda hack my way through his fills and feel. I think that any rock drummer worth his salt needs to have a Neil phase. They need to go through and immerse themselves in the music of Rush and the drumming of Neil. […]”

“I went to a Rush concert in 1980. Just to see him perform, and the way he performed those songs, was almost like he was approaching it like a classical musician. Those parts were so well thought out and so well executed. I’ve never seen more air drumming in an arena than you would at a Rush concert. […] It was another life changing thing. An even better life! It was incredible! He had so much energy, power, finesse. His drum set looked so fucking cool. Everything about it was, like, next-level.”

“Fast forward. I joined my little band [Red Hot Chili Peppers] years later in the late 80s. […] Somehow, I befriended Alex Lifeson – the guitar player [with Rush]. […] I tried to cool it with my fandom. I didn’t wanna tell him what a Rush nerd I am and was. […] He said: ‘You gotta come to one of our concerts and be our guest’. This is probably early 90s. I said: ‘Is it possible that I could meet Neil?‘. He said: ‘Sure, I’ll tell him. Of course, I’ll introduce you to him‘. So I go, I’m all nervous […], there’s passes, laminates and all this stuff, and I walk in and somebody finds me [..], like, their road manager and says: ‘Neil wants to see you‘. […] He’s in his dressing room. […] I go in and I’m nervous – sometimes-you-don’t-wanna-meet-your-heroes kinda thing. I opened the door… ‘Hey, Chad!‘ I didn’t even know he knew I existed on the planet! He’s like: ‘Thank you so much for coming. Alex told me you were coming. I love your music and your drumming is great.‘ Sometimes people say that but then he started talking about this song and this groove, what I was doing and thinking, what kind of drums. It was legit and I was like: ‘Oh, my God!’. […] He was so kind, generous, thoughtful and just humble. I took that away as: ‘Here’s someone who’s in the top three of rock drummers of all time and he’s taking the time to talk to this kid at the time, and he’s cool and nice.’ He had this real dry sense of humor. He was really funny. People think (and I thought that) when he’s drumming he’s so serious, he never cracks a smile. I’m thinking: ‘This dude is a serious, serious, serious cat!‘. And when he’s playing, he’s all business but he was funny. It was really warm and great. I told him I was into John Bonham in high school and then I got into Rush and his drumming and I said: ‘It’s so different‘. He goes: ‘Yeah, Bonham had that swing!‘. And then he goes: ‘I have the Canadian swing!‘. He was poking fun at himself.”

“Years would go by and I would see him whenever they would come and play. One time, they did a Buddy Rich thing in New York City and we were rehearsing here at the Drum Channel in Oxnard. Terry Bozzio was on it, Neil was on it and some other great players and musicians were here. We were rehearsing with the big band, an orchestra – the whole thing. […] I’d never played in front of Neil so I was, like, out of my element playing Buddy Rich charts and songs, and big band’s not my thing. And I’m winging it, holding on for dear life, hoping it’s gonna be OK. […] I’m playing this Weather Report song, just going for it as hard as I can. […] Song’s over. Terry, who’s always so supportive, says: ‘That sounded amazing! Like Tony Williams!’. I’m like: ‘Oh, thank you, Terry! That’s so sweet.’ Neil comes up to me and goes: ‘Do you think you could play a little bit harder?‘. That’s so Neil ’cause I was bashing my brains out! Then, he looked at me, winked and left.”

“Fast forward to the last concert that Rush ever played was at the Forum in Los Angeles. I was there at the last night, and there were Taylor Hawkins, Danny Carey and Stewart Copeland [also Doane Perry]. We’re all sitting in a row, we’re all air drumming and it was an amazing show. Little did we know, it was the last show they ever played. And those four guys were honoured to be at his memorial as well. Stuart [Copeland] got up and said[…]: ‘I can’t tell you how many times people have come up to me and said: ‘Hey, you’re my second favourite drummer!‘. We all laughed and we all nodded because Neil is Neil. There’s only one and there’ll never be another. […] God bless Neil Peart!”