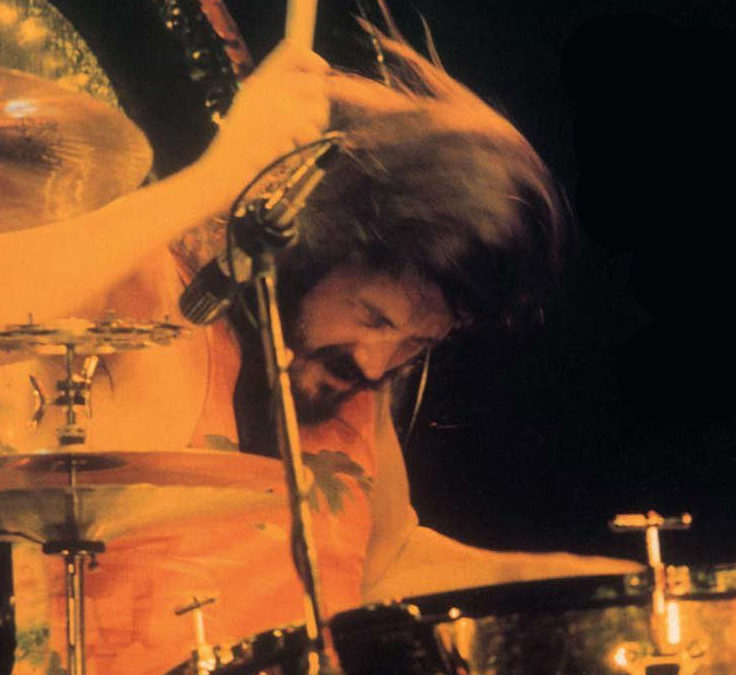 Remember the controversial list of the most overrated drummers of all time? We posted it not so long ago and have to say it caused quite a stir as well as a heated debate among our viewers.

It’s time for one more list from the same author. It seems a little bit less hard-edged this time. It is the Top Ten Greatest Rock Drumming Performances Ever Recorded. Drummers and Drummerettes! We are very interested to know your opinions on this!

As far as I’m concerned, Ringo will always be my favorite drummer of all time. He may not have been the most technically proficient but his playing was varied, melodic, and inventive as hell. And of course, he had a unique feel that’s just impossible to duplicate – many have tried and failed. With “Rain,” Ringo just unleashes!  He plays over the bar, under the bar, switches signatures, it’s glorious. He’s on record as saying that this was his favorite performance as well, declaring, “I know me and I know my playing, and then there’s Rain.”

This is Gadd in top form, pulling out all the stops. The song begins with a dreamy jazz pulse, satin smooth, then ultimately builds to – “Holy shit, how the fuck is he doing that?” It’s truly got a little bit of everything. For drummers starting out, just listen this song…it’ll take you from the basic rudiments to the advance master class over the course of eight minutes.

Peart has laid down a lot of classic performances, but “Strangiato” stands as his ultimate if only for the sheer amount of stuff going on in it. He changes up time signatures, tempo, feel, attack…it’s a total kitchen sink experience – and it kicks fucking ass. The best compliment I can give it, is that the fucker is almost 10 minutes long and it every time I listen to it speeds by. It’s so engaging, you don’t even notice the length…you’re just mesmerized.

No One Knows – Dave Grohl

Grohl is an incredible musician and his drums were an elemental part of Nirvana’s sound. He was able to capture an entire generation’s explosive rage in his playing. The thing about Grohl is, he’s always played for the song, both in Nirvana and his own band. He provided the power, but eschewed the spotlight. In Queens Of The Stone Age’s colossal track, “No One Knows,” you can just tell he’s having a great time…and showing off a little bit. It’s as hard driving as a freight train…and those fills! Jeebus mamaloocha, triplet city baby! A really fun ride.

A Quick One While He’s Away – Keith Moon

The album version is great – but the Rock n Roll Circus performance is the ultimate! Seeing Moon go apeshit behind the kit is an exalting experience. I can’t tell you how many times I’ve watched this thing, studying it… it’s just not quite human. I can only describe it as controlled chaos. It’s Keith at his best. – dramatic, joy-filled, powerful and a little dangerous.

Bonham is god to so many drummers out there, so it’s tough to pick just one track of his to highlight. Some might say “Moby Dick” or maybe “The Crunge,” but for me it’s “Dazed and Confused”. When I first heard it as a kid, it scared the shit out of me. When his drums kick in it takes your breath away. He’s probably the most influential drummer of all time, and for good reason – he was an original and an innovator. The ferocity in his playing was groundbreaking. In “Dazed” he set the stage for a body of work that would have an indelible impact on generations of players to come.

Heart of the Sunrise – Bill Bruford

I’m not a particular fan of progressive rock, but this tune just transcends the genre. From its opening fireworks to the syncopated jazz snare work to the final breathtaking crescendo, this song just delivers on all cylinders. And as far as I’m concerned it’s all about Bill Bruford. It’s not only his best performance, it’s simply one of the greatest drumming performances of all time. I remember listening to this song on repeat as a kid, fascinated how a group of musicians could put together something so strange, complicated and beautiful.

Stewart Copeland has this incredible combination of delicacy and power. His cymbal work is intricate and masterful, then when he crashes down on the kick and snare it’s like he stepping on a landmine. Some may say “Regatta de Blanc” is his signature track, but I’ve always loved “Driven to Tears”. That opening beat is just so iconic. To this day, I still find myself tapping it unconsciously on whatever flat surface is in front of me – much to the annoyance of anyone within earshot.

Densmore was never a technical drummer, but he played with a passion and joy lacking in so many more proficient musicians. “The End” was recorded in 1966 – a true masterpiece and the first of its kind. And Densmore brings everything he has to it. His playing is atmospheric, explosive, dangerous, volatile…and evocative. It’s crazy, but I even hear a sadness in it. That’s a testament to how he was so brilliantly able to express his soul through his instrument. That’s about the best compliment you could give any musician.

I’ve heard a lot of stories about this track, some say that the opening was a recording of the exhaust from a Lamborghini. But no…that’s Alex playing the fucking thing. He may have had laid down some overdubs, but that’s all drums. It’s a balls out performance, hard rocking, complex…even a bit jazzy. Alex Van Halen is not a particular favorite of mine, I’ve never really dug the whole double kick drum thing, but on this song he just shines. It’s a colossal tune in general, but Alex really pushes it over the top to make it a stone cold classic.