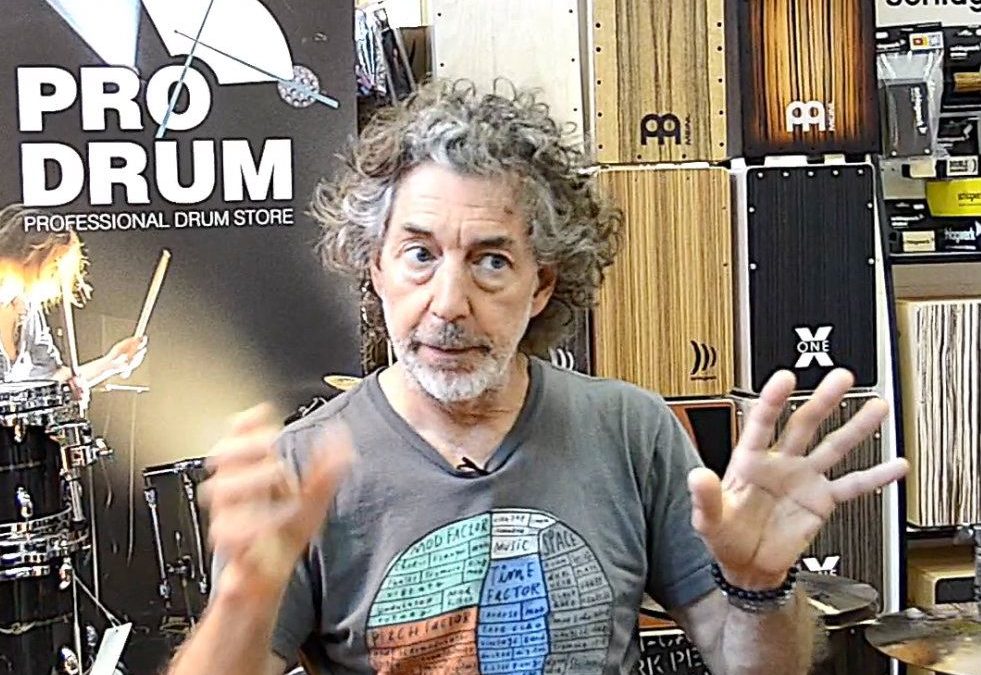 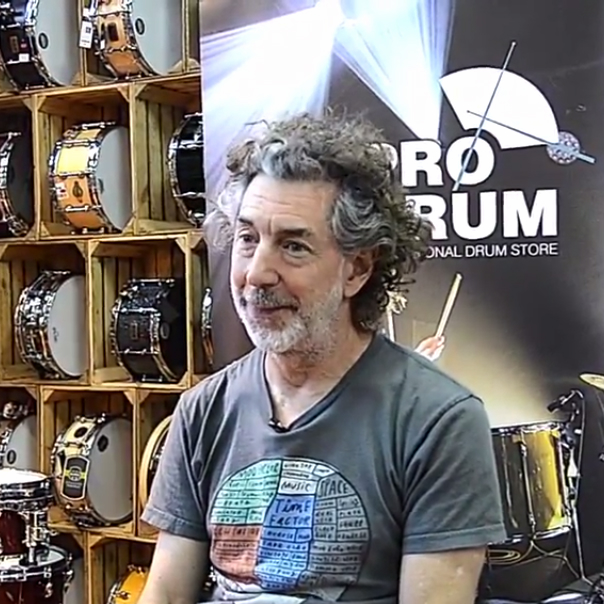 “The basic problem is we don’t have a record-buying culture any more. That’s where it all starts. The whole concept of owning music is going. The same with owning a book, a movie, software. It’s all on a subscription base. I’ve just had a pretty upsetting issue with Avid over Pro Tools at one of my clinics. Something went wrong. I’m using 12.7, which is a subscription-based payment system. The iLok didn’t get whatever information it was and Pro Tools disappeared right in front of the audience. I had to go online. Thankfully, they had Internet. We fiddled around with the password, we got on. As soon as the computer connected with Avid, it gave me my authorization back and I could start the clinic. I think that’s awful and really disgusting. It’s the same with ownership of music. Every time I pick this iPhone, which I’ve got lots of music on, and I forget none of it’s downloaded when on a plane. It’s on the cloud. I forget that’s what we’re living in now. That’s our basic problem. Record sales are much lower, budgets for recording are much lower. Software has made it possible for anybody to record, no matter how badly. Records sound dreadful now because nobody knows how to do it. They rely on people like myself and real mastering engineers to master. Yet, the stuff I get to master is awful. You look at the sound wave and it’s just flat ‘cause they don’t understand how to use their equipment. It’s very upsetting and very sad that the culture of recording in a room together has been reduced. I don’t think it’s getting lost because there’s enough musicians that want to do that.

I run a small label, so I know a record company’s point of view. How are they gonna make money? How are they actually going to be able to operate their business? I’m not even talking about making profit, I’m talking about being able to pay their overheads as a simple record company in one office and one room. You need storage space for CDs. That’s gonna take up another room but you’re paying checks every month for rent, insurance, they charge you for the bank account, payroll. It’s crazy! So how do they make their money? They can’t make it just off CD sales or downloads. Now, they have to have a much bigger percentage of the artist’s income. That’s why every record deal now is a 360-degree deal. It’s publishing, live performance, merchandising. They’ve got to take a cut ‘cause otherwise they can’t do anything. There is no recording business as such. It’s called the entertainment business. That’s what I think of the music business now. All bands are having to do VIP meet & greets, compulsory signing, everybody wants a picture now. It’s changed and I don’t particularly enjoy it but it’s life and you have to adapt.

Music first! I don’t think about the scenario of replacing a drummer [in The Who or Toto]. I don’t think about making a big stamp on this, I just play the music. I’m just gonna play the way I am. I’m not very good at copying. I just sound like me, whatever I do. I play the music. I learn it and listen to it with the previous drummer. Some of it, I will play the way I would approach it from the musical point of view and if there’s something that tickles me about the way they played it, I might just play some of the stuff they played out of respect. Not every gig, maybe, but when I felt like it. With The Who, it was Pete Townshend’s music and it’s great music to play. I play it my way. Same with Toto. Frankly, it would be disrespectful for me to copy Jeff [Porcaro]. It’s different now. The band specifically chose me to do it because I wouldn’t sound like Jeff. I had a very strong identity in terms of sound and playing. Otherwise, they would have got JR [Robinson] or Vinnie [Colaiuta] or any of the guys in LA, who would have done a wonderful job and it would sound kind of like Jeff. They’re a rock and roll band first and foremost. At that time ‘Kingdom Of Desire’ was a little more rocky. Luke [Steve Lukather] was more into being a rock band. Plus, it was only a four-piece and he was doing most of the singing. In a way, it actually suited the band very well at that time. So it’s all about respecting the music and playing what it needs to be. It was a big change for that band. For The Who, not so much because Kenney Jones stepped in first. They’d already had that buffer when I came in. It was always Pete’s choice, not Roger’s. Frankly, I don’t think I was Roger’s favourite drummer because I was maybe too jazzy for him. It’s rubbish, really, ‘cause it IS rock and roll. Pete loved it and John [Entwistle] was surprised at first but loved it in the end, you know. With Toto, I was straight in after Jeff. It was such a close-knit band, they grew up together. I mean, it’s more than just replacing a musician. It’s replacing somebody who’s been their brother for all this time, so it was very tricky. And, you know, Luke was the catalyst. [David] Paich was just… He couldn’t even operate, he just didn’t want to play. He’d lost his best friend and his partner. Mike lost his real brother, but he was trying the hardest he could to make this work. It was Luke, though, that lit the fire up. He said: ‘Come on! Let’s get Simon, let’s make this work and it’s gonna be fine. It’s gonna be great, guys!‘. I think he really put himself out on a limb ‘cause he didn’t know me that well. We’d only played once together and otherwise he’d heard me on all the records. He didn’t really know. Paich had seen me with The Who and on Pete Townshend videos. Jeff had too. Jeff used to talk about it with Paich. It was still a big risk. It could have been awful.

The first song we rehearsed, they said: ‘Right, here we all are. Done sound check. What do you wanna play?’ I said: ‘Let’s do ‘Hydra’. They went: ‘OK. We haven’t payed it for years. That’s about the hardest one of the whole set!’. I said: ‘Let’s play it!’. I had all my charts, which I’d done on the plane on the way over. We played ‘Hydra’. The whole thing, top to bottom. I was just reading what I’d written, my little notes. As the decay of the last note went away and suddenly the room became silent, Luke turned to Mike and said: ‘I think this is gonna work’. That was it and then, for the next three weeks, we rehearsed. And 21 years later… I had no idea! Really! The deal was: ‘We have 42 shows over the next three months, we have rehearsals. Would you come play with us?’. They didn’t even know what they were gonna do. At that point, they thought the band was over. But they had a record, they had 40 people on the payroll. They just felt: ‘We’ve gotta do this and if Simon can do it, we’ll do it’. That’s how it was. Three weeks into the tour, Mike asked me: ‘Do you wanna join the band?’. I went: ‘Wow! I don’t know. I mean, are you gonna carry on?’. He said: ‘If you join us, we’ll carry on’. That was amazing! Luke was like: ‘You gotta join us, man! This is working. This is great! It’s different but it’s working’. I think it was more difficult for Paich but in the end he was there. We made ‘Tambu’ – the first record together and the rest is history…”

Drummers and Drummerettes! We give you Simon Phillips in the fifth installment of an exclusive interview, especially for the viewers of en.beatit.tv! Enjoy!