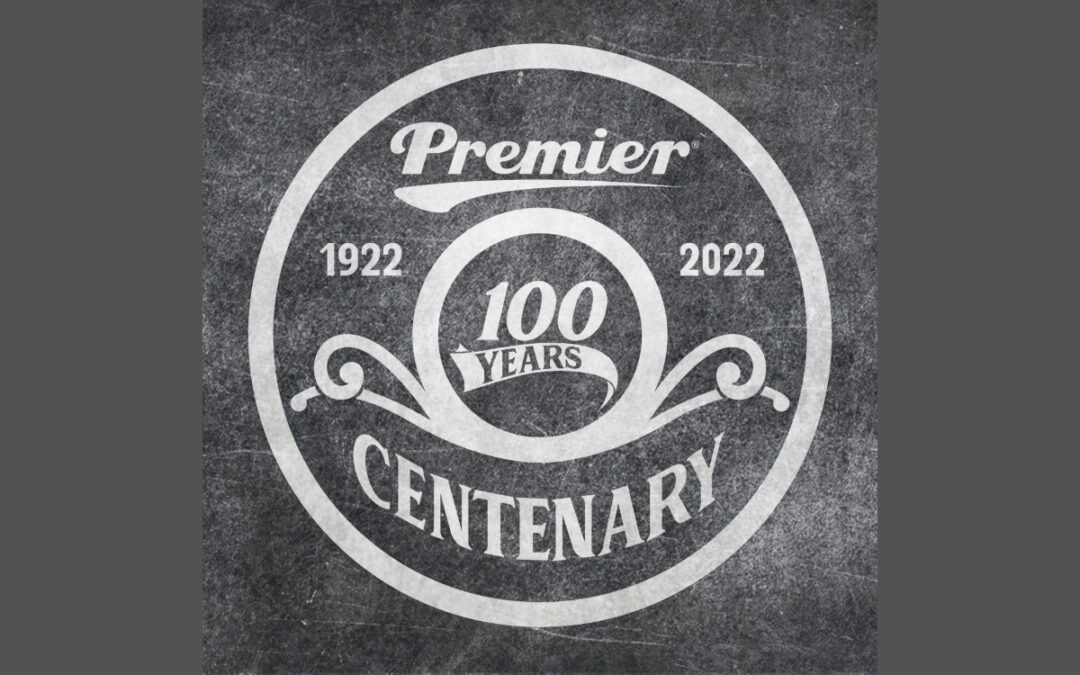 On the 22nd of October 2022, Premier celebrates its centenary anniversary. That’s 100 years in the drums and percussion market! 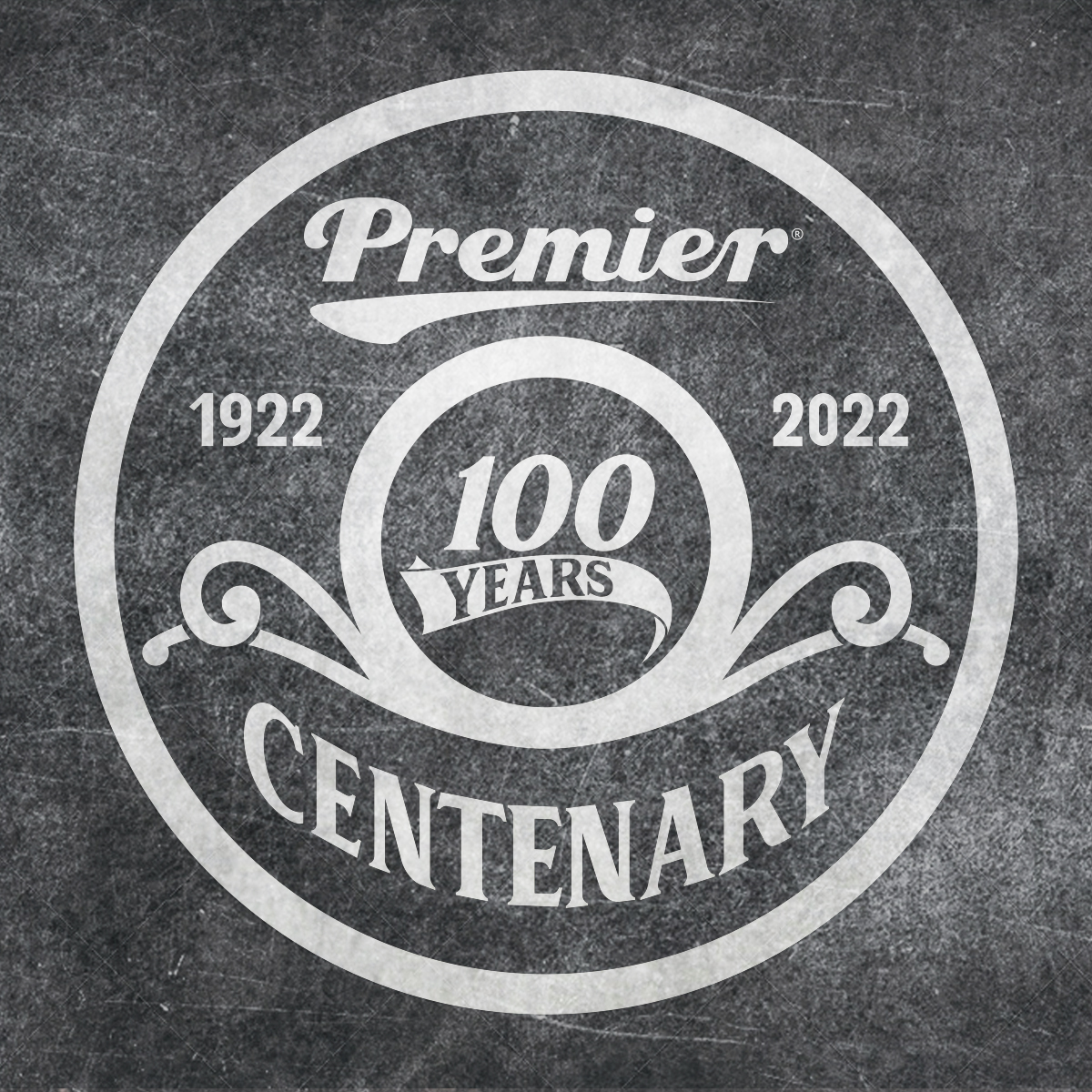 “Scheduled to coincide with this significant chapter in our history, we plan to launch new products, special anniversary editions, merchandise and a redesigned website. Watch this space…we’ll be sharing many teasers over the coming months to whet your percussive appetite.”

Also, starting daily this Friday at 19:22 (BST), Premier will be sharing 100 memories of the brand across its social media to lead us all into their anniversary milestone (which will probably happen in October, we presume).

“Finally, Premier would be nothing without its players, followers and fans (thank you!) so we’d dearly love you to join in the celebrations. Feel free to share your memories, stories and photos of Premier instruments using.”

In June of last year, it was announced that Gear4music had acquired full control of Premier Percussion, which meant the brand’s return to English ownership, with a seat in York. Musick Limited remains Premier’s US distribution source.