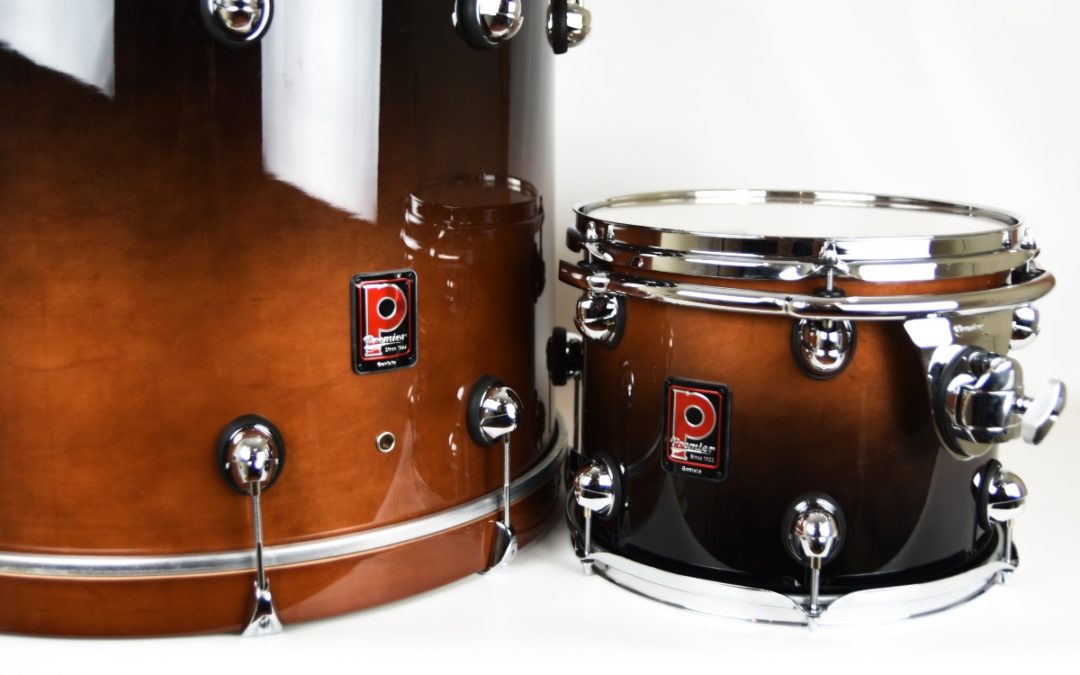 Some two weeks ago, we received a parcel containing yet another Premier Genista drum kit. Already when unboxing and tuning the kit, it was clear we were in for quite a treat.

To hit on those drums, we invited a representative of the new generation of Polish drummers, Gnievo Telszewski. He is the drummer with the increasingly popular rapcore/numetal outfit called Hope, who reached number 2 in one of the editions of The Voice of Poland and already have a few albums under their belts. A hard hitter, Gnievo turned out to be the right person to sit behind the drum kits we received from the brand’s distributor – the Music Info company. 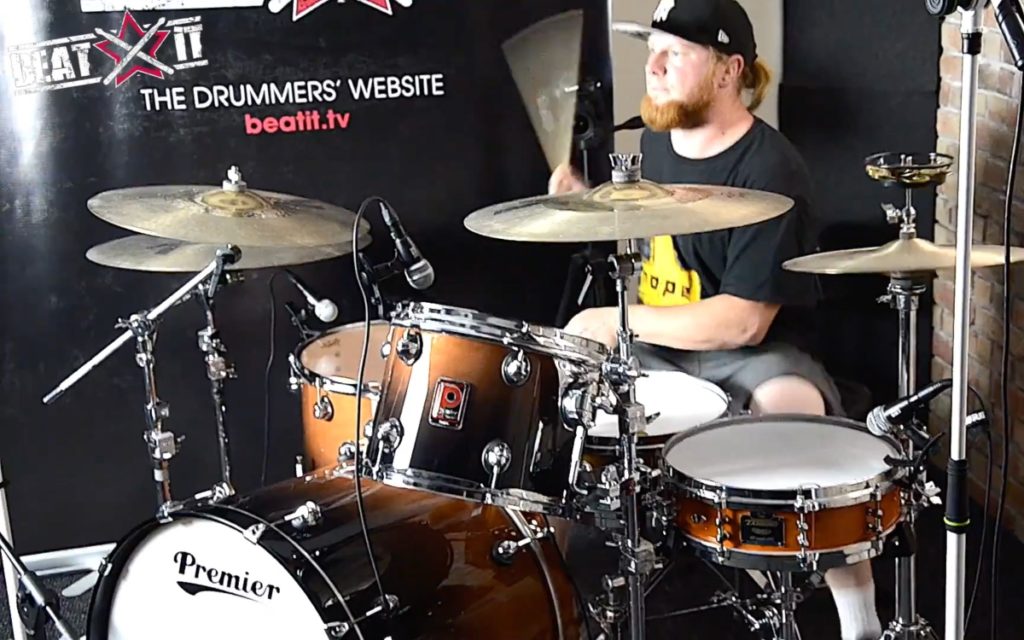 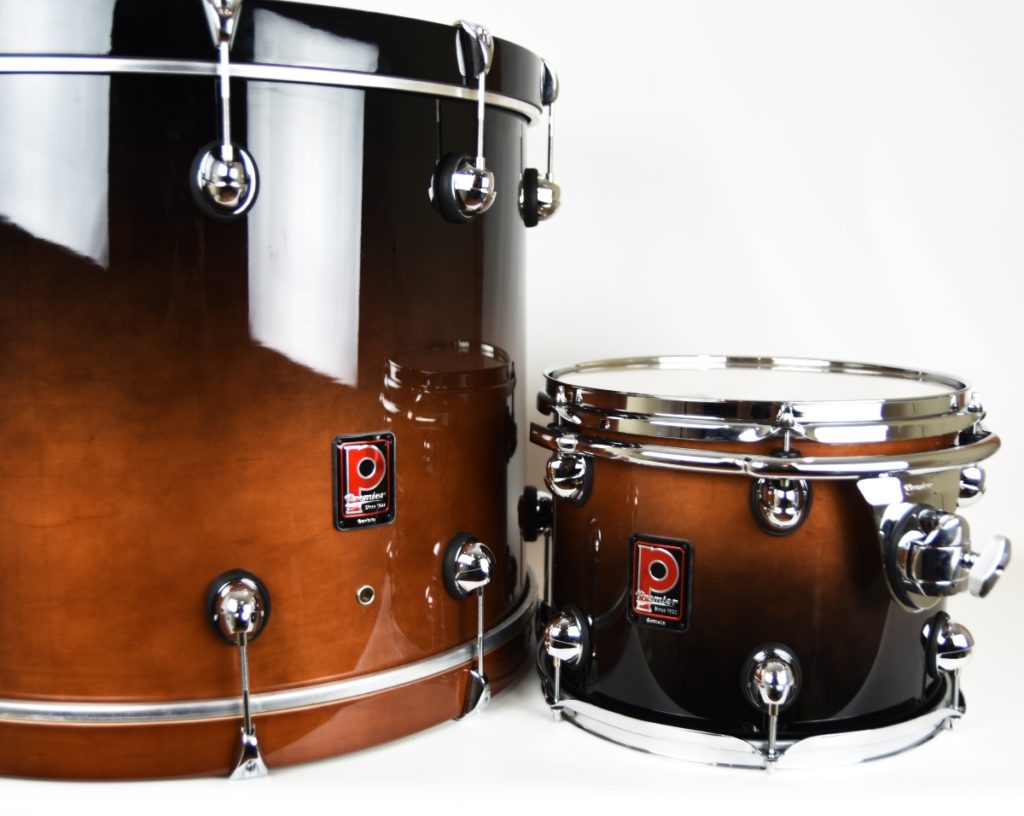 The test was carried out in our own recording facility. The kit is comprised of a rack tom, a floor tom and a kick drum, which were fitted with Remo Emperor Clear and Remo Powerstroke 3 Clear heads (the manufacturer did not try to save on the skins, which is worth pointing out, and can also be said about the Premier Genista GM20-25 to be found HERE). During the test, Gnievo Telszewski also used a 14″x5.5″ beech Sonor Ascent snare with an Aquarian Texture Coated batter head and a Remo Ambassador Clear resonance skin, a 14″x4″ Tamburo maple piccolo snare with an Aquarian Super 2 head (batter) and an Aquarian Classic Clear (resonant) along with Zildjian cymbals. Our guest performed a beat to a track by his own band, titled “Lego“.

The Premier Genista GM24-10 kit comprises three elements: a 13″x10″ rack tom, a 16″x16″ floor tom, and a 24″x18″ kick drum. The drums instantly catch the eye of the beholder, even before hearing them. The becoming Dark Walnut Fade finish adorned with the iconic “P” logo, the meticulously made bass drum hoops, the beautiful 100% American maple shells, the flawless bearing edges – all of it can really impress. A buyer also gets die-cast claw hooks and kick drum legs, 2.3 mm triple flange hoops with the die-cast ISO mount, the excellent Roklok tom holder featuring memory locks, the classic Premier Diamond Chrome lugs, as well as a set of spare parts including lugs, tension rods, tension rod washers and claw hooks.

We must not forget the sound. When testing the GM20-25 kit (with a 20-inch kick), we thought it would be nice to check out the 22″x18″ version along with the 16″x16″ floor tom (GM22-44). What we have been sent exceeded our expectations so we absolutely had to hit on this kit with a 24-inch kick. Each of the drums makes a very good sonic impression already when the head is hit with a finger – we hear a warm, deep growl from the shells, which shows how sensitive they are. The sound of the kit as a whole is very consistent, open and mighty huuuuuge. It is not the kind of might you hear on John Bonhams recordings though. The name Dave Grohl comes to mind in this respect. The kick drum is “meaty”, punchy, fat, with a lot of low end. Even when not dampened, it sounds very musical and nice to the ear. The toms guarantee full sustain with nice attack. The rack tom has a nice singing quality to it, and sounds very good both when tuned high and low. The floor tom (when tuned low) sounds as if it has eaten its bigger, 18-inch brother. 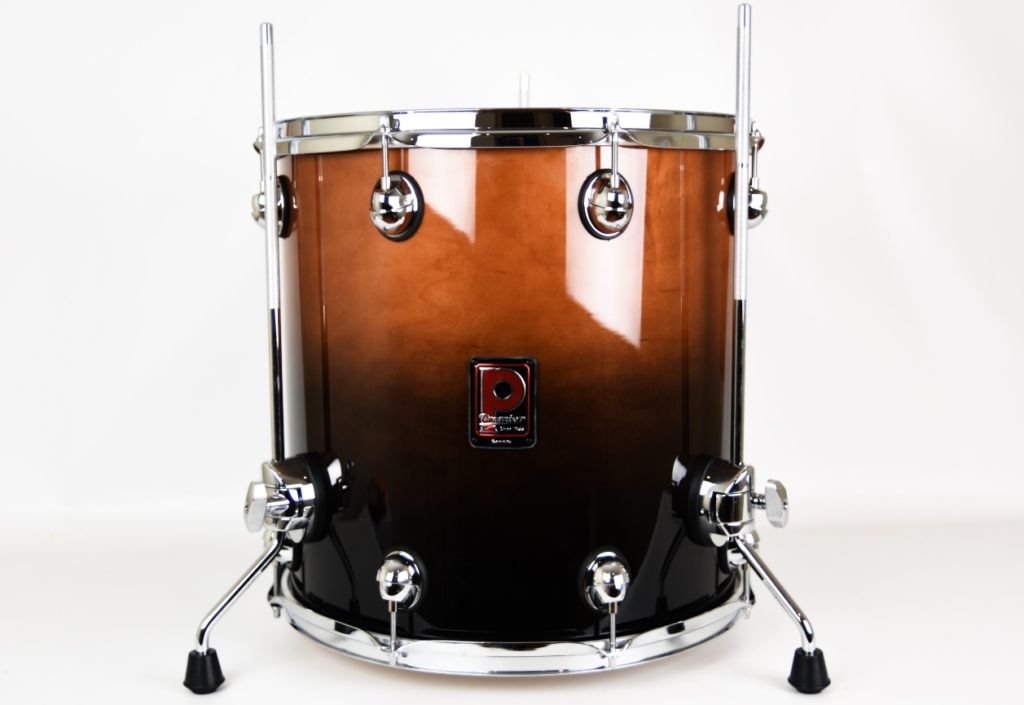 Premier Genista drum kits come in maple and birch versions. The configurations for both materials are: 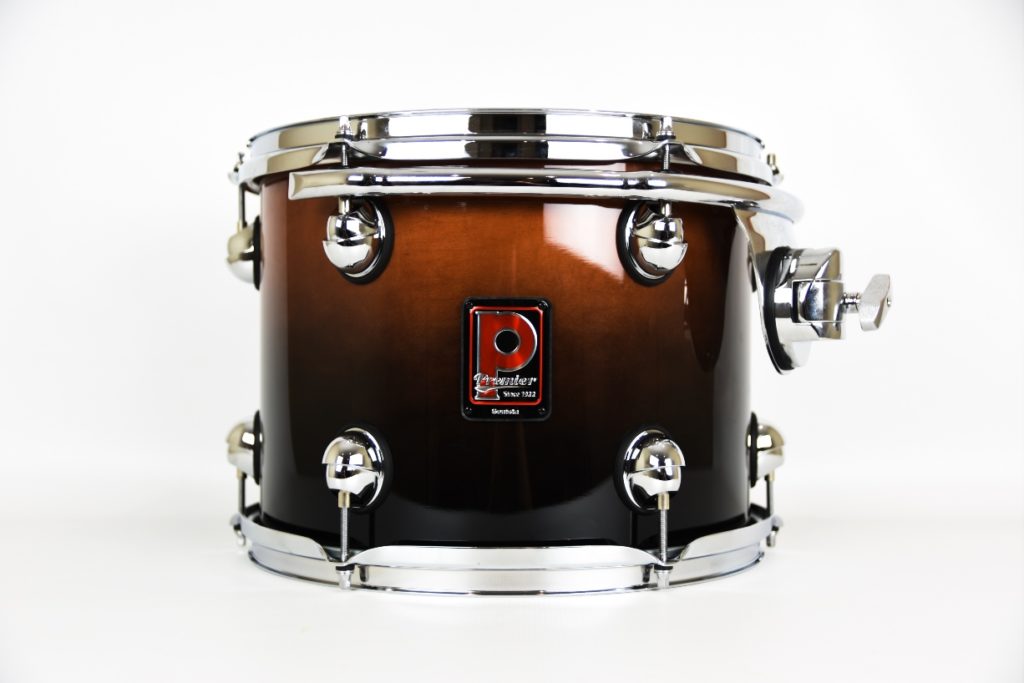 We consider this to be a very good instrument, however, we think we should let Gnievo Telszewski himself sum up the whole experience: “These drums sound really big, but warm and musical at the same time. That’s what surprised me because, judging by the sizes, I was expecting a massive sound, but not necessarily as much musicality. A great kit for rock and heavy music”.

Drummers and Drummerettes! It’s time to put a 24″, 13″ and 16″ Premier Genista drum kit to the most important test of all, i. e. the en.beatit.tv viewers’ test! Exclusively for you, we give you Gnievo Telszewski!