There are reasons to believe that the Premier brand has a new owner. According to an article dated June 22 by the British business website / magazine sharesmagazine, the English online musical instruments and equipment retailer Gear4music has recently made an acquisition of two music brands, one of them being Eden (a bass guitar amplification brand) and Premier Drums. 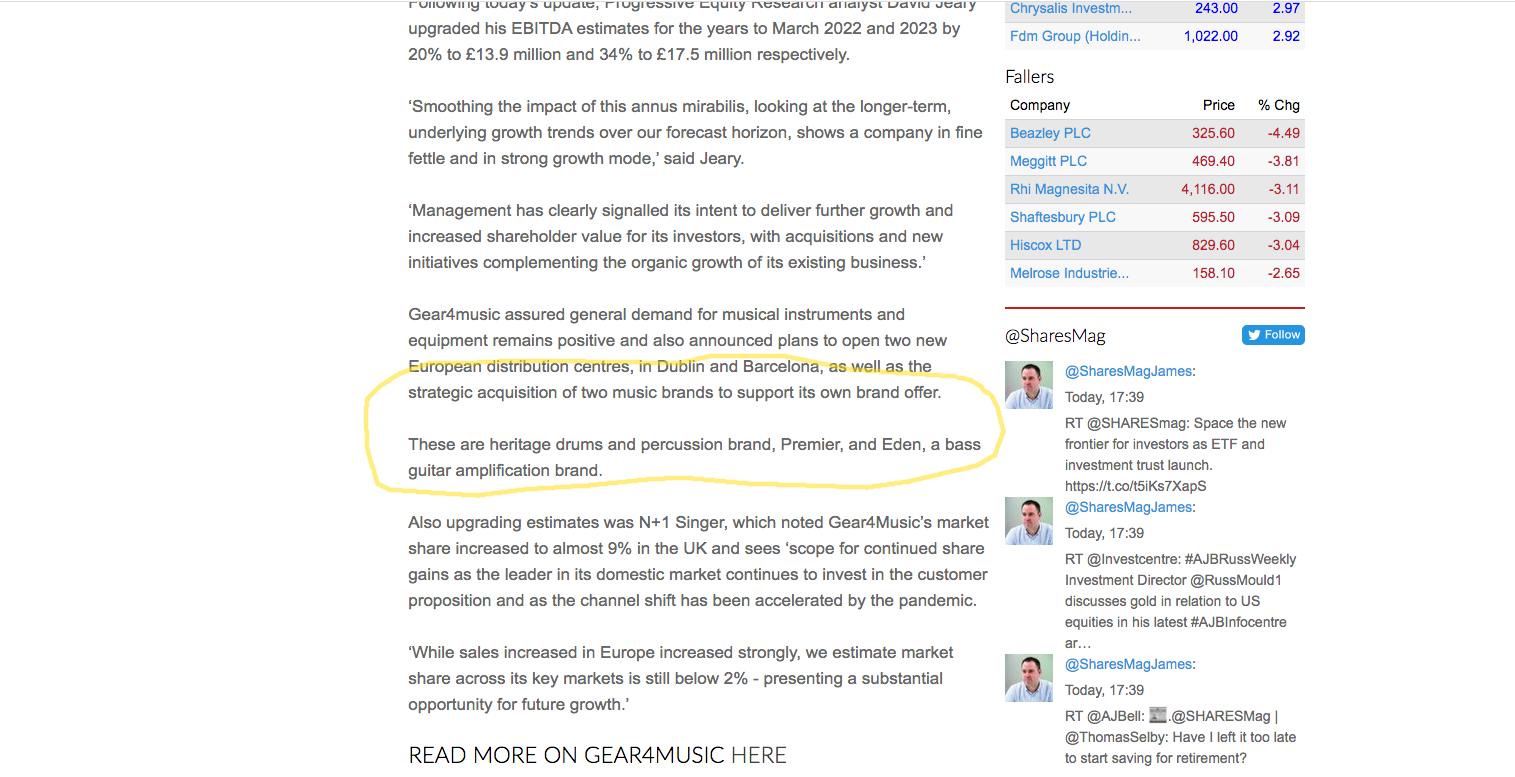 Yesterday’s statement from the official Premier distributor in the US, the Musick Ltd. company, reads:
“Yesterday, it was announced that Gear4music […] has acquired full control of Premier Percussion as former owner Mr. Ken Tonkin sets his sights on a well-deserved retirement. Today, we are happy and proud to share with you that under this new stewardship, Musick Limited will remain your US distribution source for all things Premier: Drum kits, hardware, marching drums, and orchestral equipment. Just months away from Premier’s 100th anniversary, we expect this next chapter to breathe new life into the brand with an invigorated product line and increased access to products worldwide. We’re more confident now than ever that the hallmarks of Premier’s 100 year history – unmatched quality, iconic looks, and legendary sound – will live on to serve new generations of drummers around the globe.”

This would mean the latter brand’s return to English ownership, with a seat in York. Additionally, taking into account Gear4music’s current retail market share as well as the fact that the company have announced plans to open two new European distribution centres (in Dublin and Barcelona), one could expect an improved (reinstated in some countries) availability of instruments bearing the Premier logo. The question is, though, whether those products maintain the quality levels known from the past. Only time will tell…