Pol’and’Rock Festival 2018 Behind the Scenes: Daray 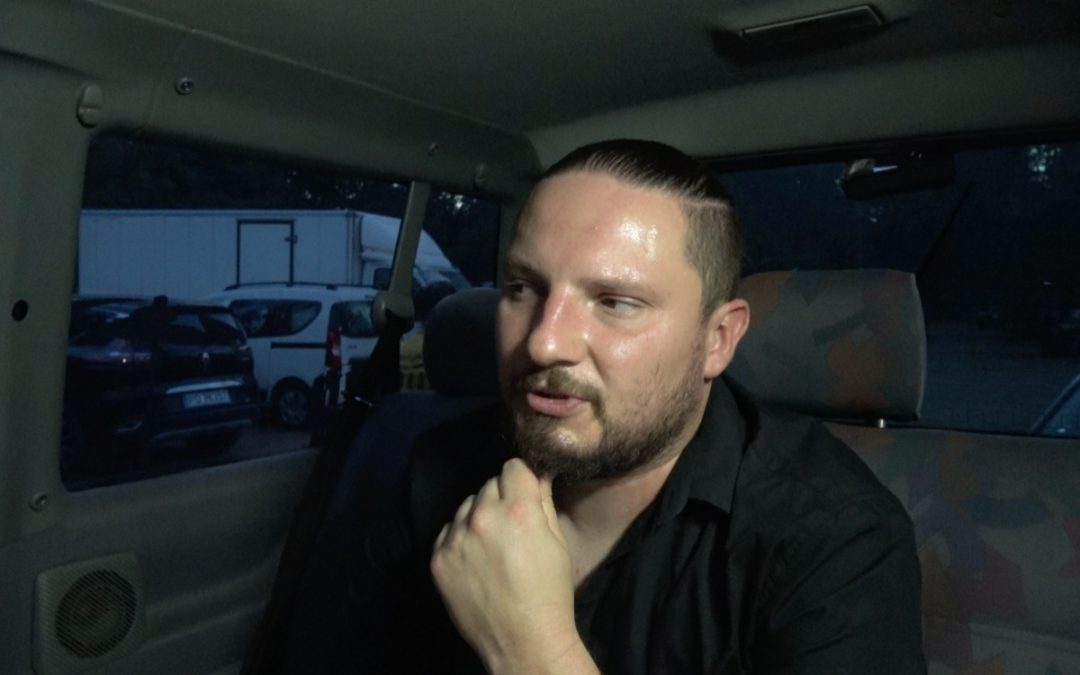 Pol’and’Rock Festival (formerly Przystanek Woodstock) is one of the biggest summer music festivals in the world, with a turn-up exceeding half a million every year. There are dozens of acts representing all kinds of musical genres perform on six stages. Obviously, this means lots of drummers appear there with their shiny (for a moment) kits.

As a drumming website, beatit.tv has been to some of the previous editions of the festival with our own drumming event called BeatIt Days. This year, we went there to film as many drum kits as possible and talk to the drummers performing at the festival. Some of them made a debut appearance on our website, others are regular guests at BeatIt. To the latter group belongs Dariusz “Daray” Brzozowski, who travels around the globe with Norwegian black metal icons Dimmu Borgir, has played just about any venue across Poland with his band Hunter, and still has time for groups such as Project or Black River. 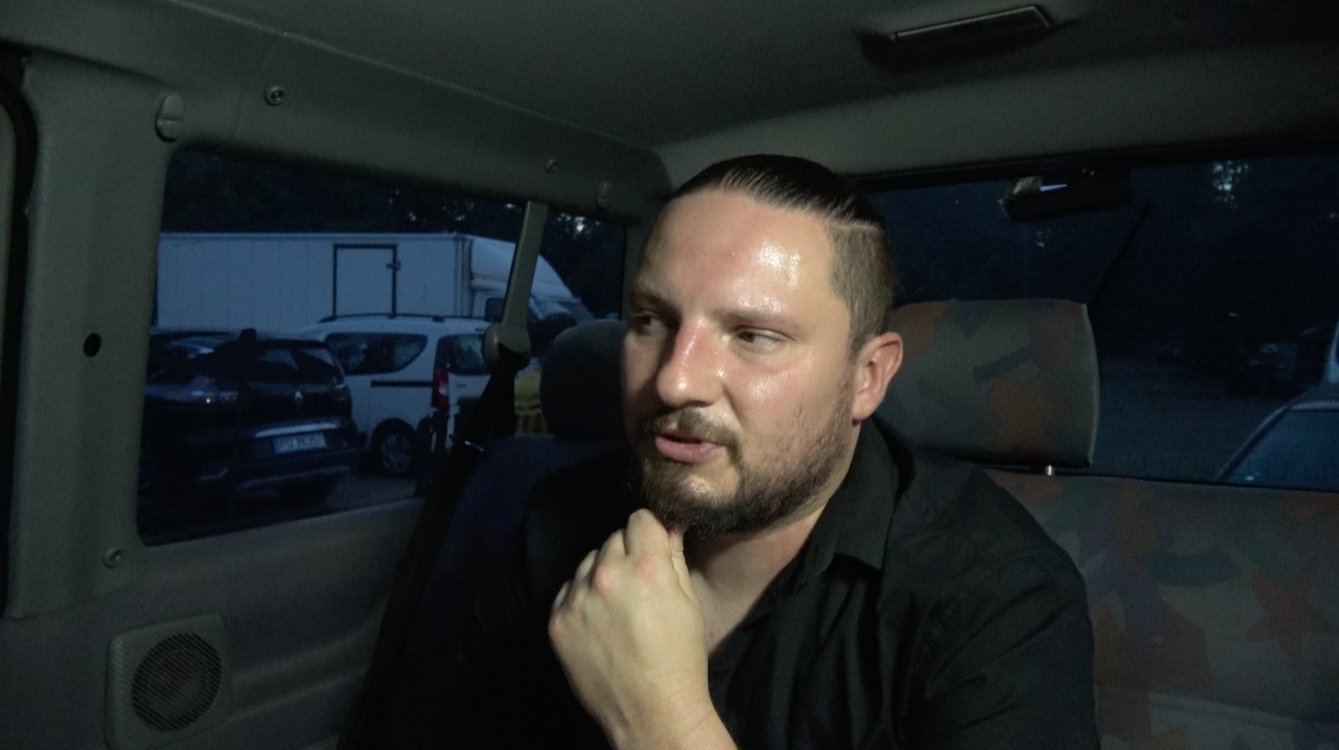 Dariusz “Daray” Brzozowski: “The situation with my entire kit, i. e. the drums and the cymbals, has been cleared up and stable for many years. I’ve been with Meinl since 2007, officially since 2008, which makes it 10 years. I’ve been with Tama for a good few years and I’m really happy that the situation is stable. I started my career with Vader playing a Tama kit. Later, there were a few episodes, but I eventually returned to Tama, which makes me a happy guy.”

“The skins are Remo, no two ways about it. It’s the only company for me. Nothing to think about. P3 Clears on the kick drums. I used to use clear Emperors on the toms live, but I’ve decided to switch to Emperor Vintage because they’re more durable. You can also tune them high and they still sound very low. There’s no ping pong ball effect, but there’s lots of punch, which I really like, especially on the floor toms. On the snare, I nicked this idea from the drummer with Deftones, Abe Cunningham. I saw an interview with him and thought: ’What’s this strange skin he has here?’ It’s Remo Black Max and it’s used by marching drummers. It’s thick and looks like it’s made of fabric in plastic. I’ve had it since January, it’s August now, and it looks two shows old. Its practically unbreakable. In this interview, Abe said he’d had it a year already, and he hits hard. Nothing bad has happened, the skin hasn’t lost its qualities. I’ve recently decided to go for Remo Ebony as resonant heads.”

“The drum kit is Tama Starclassic Birch/Bubinga. I love birch. My first kit in 2003 was a Tama Starclassic Performer made from birch. Now, it is made from birch and bubinga but the bubinga is just the outer ply and that’s it. I’m very happy with it. Maple’s great but it sounds too big. I prefer my toms to be more focused, as if they were gated. Although I use in-ear monitors, I like to hear the natural sound of my drums and the attack. I don’t like huge sounding drums. I like low end, but a bit differently. I like to have low end without the explosion – just the punch and some low frequencies. With maple, things get too big sounding when I play it and I tend to get a bit overwhelmed.”

“I’ve never been a fan of beautiful sounding cymbals, especially chinas. If a Chinese sounds too nice, it gets lost in the mix for me. It’s got to smack you, especially live. I use Meinl Classic Custom Dark ’cause they look great. And how they see you, that’s how they perceive you. A song has too look good. The crashes, as the name suggests, are rather dark although they do get bright right after you hit them, but that disappears quickly. I chose these cymbals because our sound guy likes them. He thinks they are loud but the sustain is very short. What you get is explosion, decay – that’s it. The crashes are especially good in studio. The china is a bit too brutal, but it has to be totally brutal live – nothing nice and sandy. All my cymbals are Meinl Classic Custom Dark, except the ride. There’s not enough definition or ping on it, not enough bell. Here, in the clip, you will see a 22” Meinl Mb20, which is now discontinued and replaced by the Byzance Brilliant Heavy Hammered. I hope Meinl make a Classic Custom Dark with more definition. With Hunter, the hats are 14” Classic Custom Dark. With Dimmu Borgir, I use 15-inch hats as the main ones and 14-inch on my right.”

The sticks are Vader 5B. All my life, I’ve been using 2Bs, but the closer I get to 40, the more difficult it was and I had to switch to 5Bs. I love 2Bs because you don’t have to put so much strength into playing. On the other hand, wrists do get strained, but once you get that blast beat going, it’s unstoppable. Sadly, my hands are not as strong as they used to be. Now, I use 2Bs in studio to really get the nails hit on the heads, but I can’t handle them live anymore.”

The pedals are Tama Speed Cobra. I’ve got the new ones, but not here. The new ones are on my Dimmu Borgir kit ’cause bass drum playing is much more important with them than with Hunter. It’s a totally new mechanism, which looks similar to the previous Speed Cobra, but you’ll notice how different they are once you take a closer look. The new one is more massive, there’s a different attachment between the pedal board and the heel, the bearing solution is slightly different, and the beaters have changed. Of course, beaters are something I’ve been messing around with. In studio, I’ve been using regular felt beaters for some time now. The Speed Cobra has that kind of like rubber beater, which are also nice. An interesting idea. I’m still searching for comfortable beaters. Recently, I’ve played the rubber beaters with Dimmu. The first show felt great, but the second one didn’t. Then, I changed to felt ones and it was good. Then, I switched to plastic. I haven’t been able to settle for anything specific recently because I’d like to have that acoustic bass drum sound. I do use triggers and that’s the main sound, but I like to hear the actual drum on stage despite the in-ear monitors.”

“I’ve finally switched to truly pro in-ears. I’ve always had ear moulds from a Polish manufacturer. Now, it’s JH Audio. There’s four drivers: high, medium and two bass speakers. They’re amazing! I also tested a 10-driver system, but there was too much information for me. If I were a singer, perhaps it would have worked. When testing them (Ray Luzier from Korn uses those), I noticed that I couldn’t hear too much. They’re just too good. If that happens, I tend to get lost in all that. That’s why I chose a mid-priced system. It’s amazing! Sometimes, I also use a speaker monitor to get additional low end, but to tonight. A kind of a tactile system.”