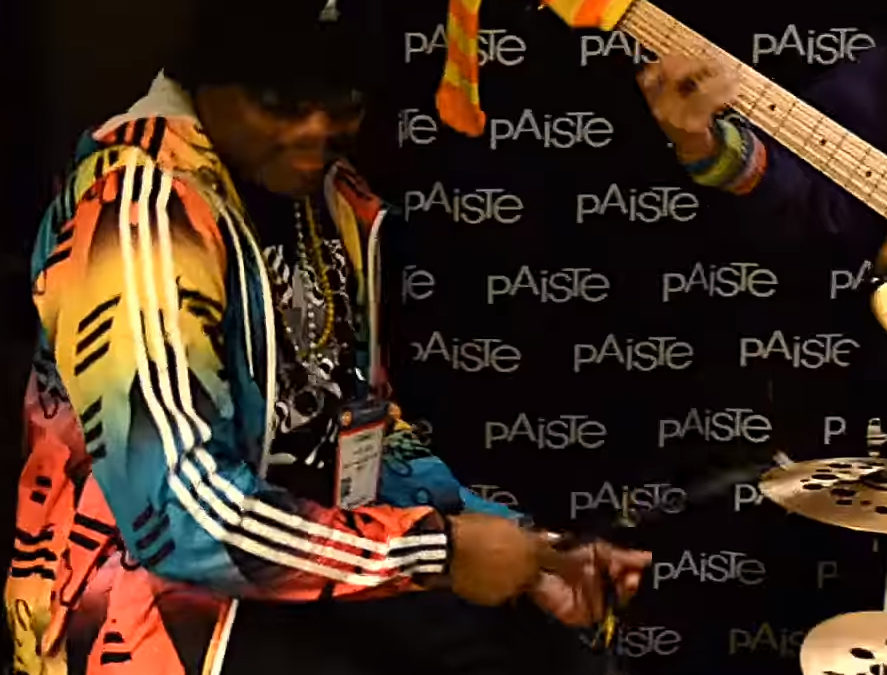 NAMM Show is the biggest and most important event of this type in the world. As simple as that. The magnitude of Anaheim Convention Center, where the event takes place, combined with the fact that the building is far from empty during that time, offering to thousands of visitors hundreds of big and small booths, is the best testimony to that statement. You just have to experience it!

Having limited ourselves and our reports solely to drum-related (which is only natural) we can still say that all the greatest companies of the drumming business (PAISTE surely included in this category), all those who count in this business and those who are working hard to achieve such a status attended NAMM Show 2017 as exhibitors. Also, we must not forget the artists who were present in Anaheim this year. Those included the likes of Vinnie Colaiuta, Steve Gadd, Steve Smith, Benny Greb, Mike Johnston, Danny Carey,  Marvin ‘Smitty’ Smith, Gregg Bissonette, Rick Latham, Vinny Appice, Mikkey Dee, Gergo Borlai as well as Paiste endorsers who co-hosted the company’s press conference – Nicko McBrain, John JR Robinson and Daru Jones. And that’s just the top of the list… 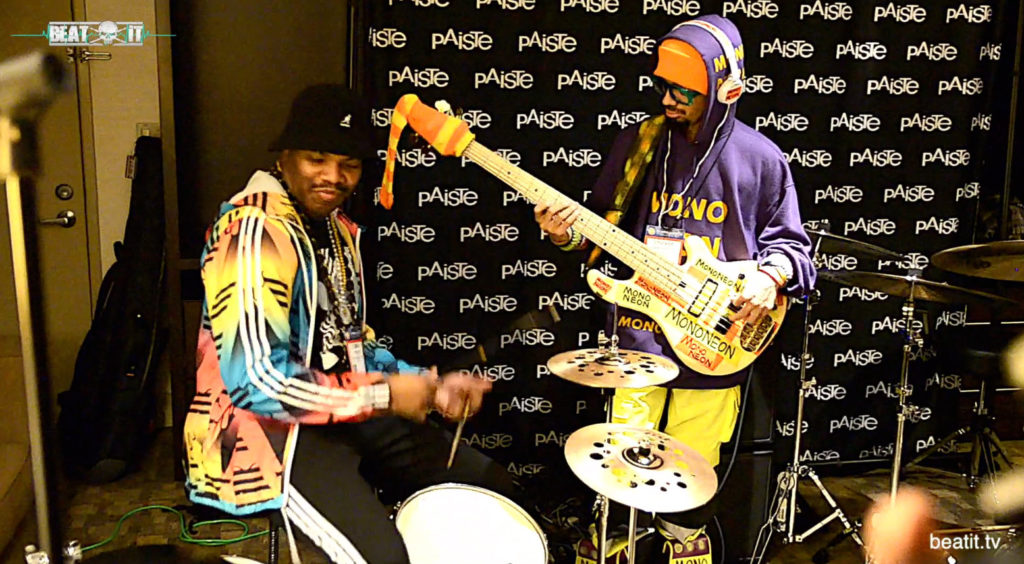 On the first day of NAMM Show, there was a press conference organized by Paiste. Its aim was to present the company’s new products for 2017. Those were Nicko McBrain sygnature cymbals (Nico’s Treasures) along with the 900 and Color Sound 900 series presented by the man himself, Paiste Masters Thin series presented by John JR Robinson as well as cymbals from the PST family with Daru Jones’ signature called Paiste PST X DJ’s 45. Steadily more popular and gaining more and more recognition worldwide Daru Jones performed there accompanied by bassist Dywane Thomas Jr. (‘MonoNeon’), who collaborated with Prince in the final period of his life. For all those who are not familiar with Daru Jones: do not adjust your screens as the man actually does play this kind of setup. DW have already launched a PDP New Yorker Daru Jones Signature kit in the exact same configuration.

We give you Daru Jones and Dywane ‘MonoNeon’ Thomas Jr. at the Paiste press conference organized as part of NAMM Show 2017. Enjoy!