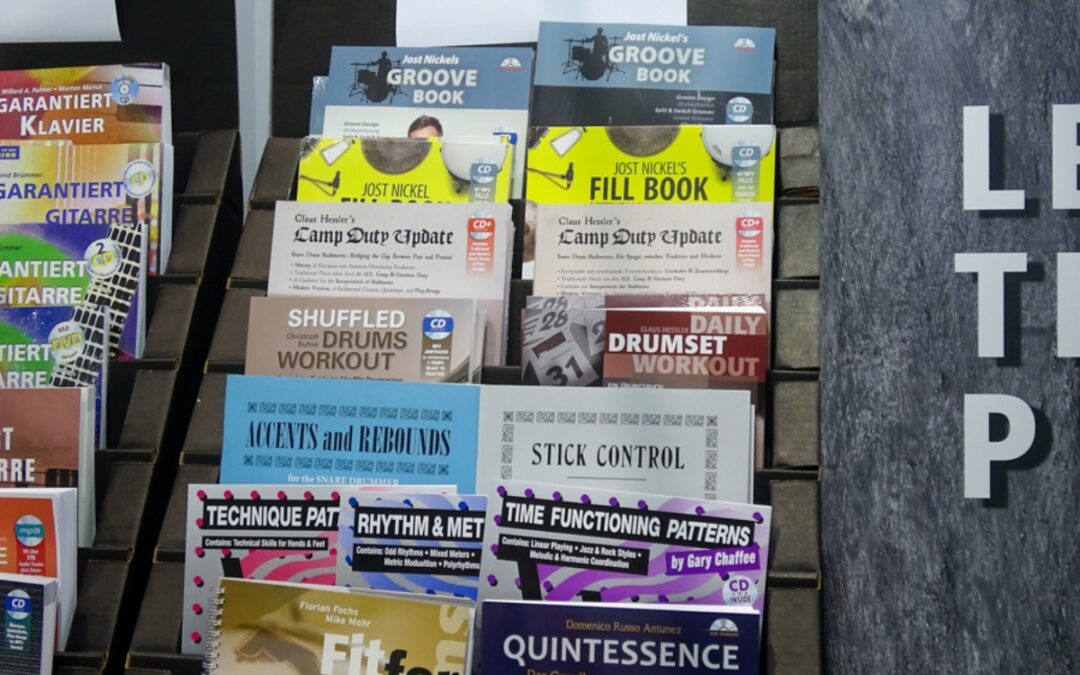 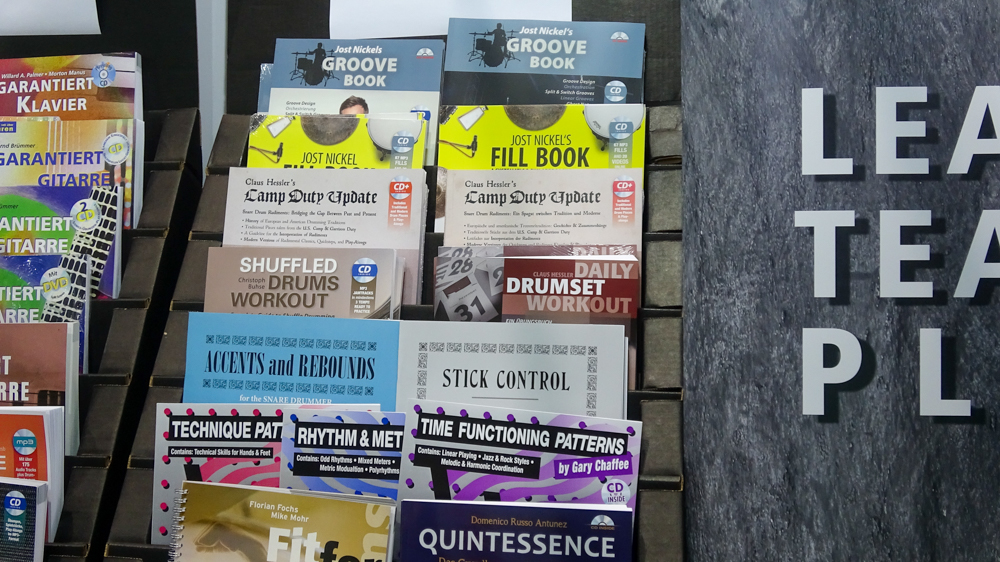 A number of publishing houses, which also offer books devoted to drums and percussion, were also present in Leipzig. Probably the most renowned of them is Alfred Music. Take a look at what they have to offer…

“Welcome to the Alfred booth at Musicpark Leipzig, Germany. I would like to present a brand new book by Jost Nickel – famous German drummer for Jan Delay. It’s called ’Snare Book’ and it’s available in English and, of course, German. A very interesting book – not a rudiment book, it’s a different approach. Jost will tel all about it later on at the fair. We hope you go and get it and that you feature it later.

Come to our booth! The fair’s until tomorrow. Of course, Alfred has some bestsellers for drums. ’Accents and Rebounds’ has been around for decades. ’Stick Control’, ’Advanced Funk Studies’ by Rick Latham, Claus Hessler’s ’Camp Duty Update’… And some special stuff – Gary Chaffee’s ’Sticking Patterns’…“