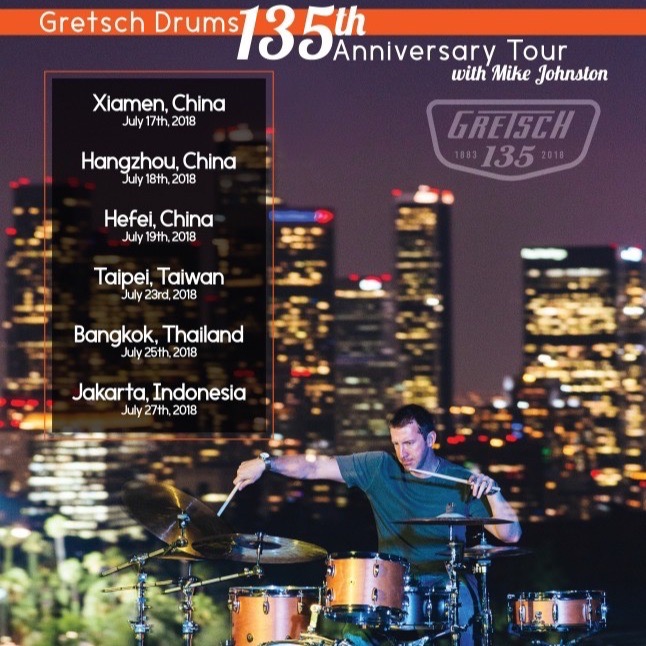 Gretsch continue to celebrate one hundred and thirty five years in the business, and they do it with a proper bang! We have informed about the release of their anniversary snare drum. The next step was the launch of the 135th Anniversary Drum Set. This limited edition Broadkaster kit has been finished with Exotic Ribbon Mahogany outer ply in either Dark Emerald or Classic Mahogany. Evocative of the forties, the anniversary drum sets are completed with the Gretsch Round Badge and etched single-flange 301 hoops with vintage-style claw hooks

Now, it is time for yet another move involving a drum clinic tour of Asia, which is called the Gretsch 135th Anniversary Clinic Tour, and will be headlined by none other than Mike Johnston –  a man who revolutionized drum education when he introduced his award winning online drum lessons to the world through his Mikeslessons.com  education website for drummers. 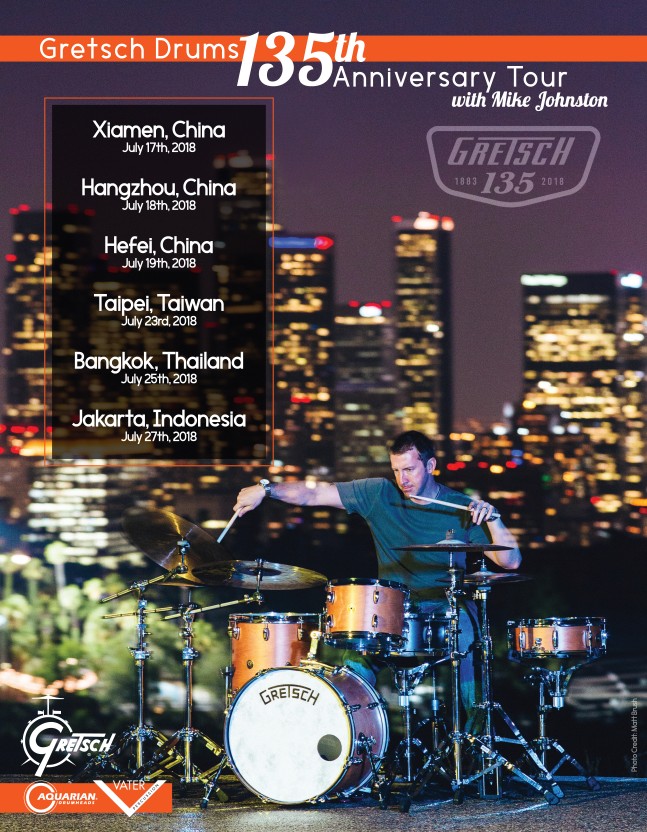 Commenting on the forthcoming tour, Mike said: “I am so incredibly excited to share my teachings and my enthusiasm for the drums with the amazing people of China, Thailand, Taiwan and Indonesia! More than just grooves and fills, I look forward to introducing the clinic attendees to the many benefits that the drums can bring to your life. My goal for this clinic run is that there is an equal combination of inspiration and information!”