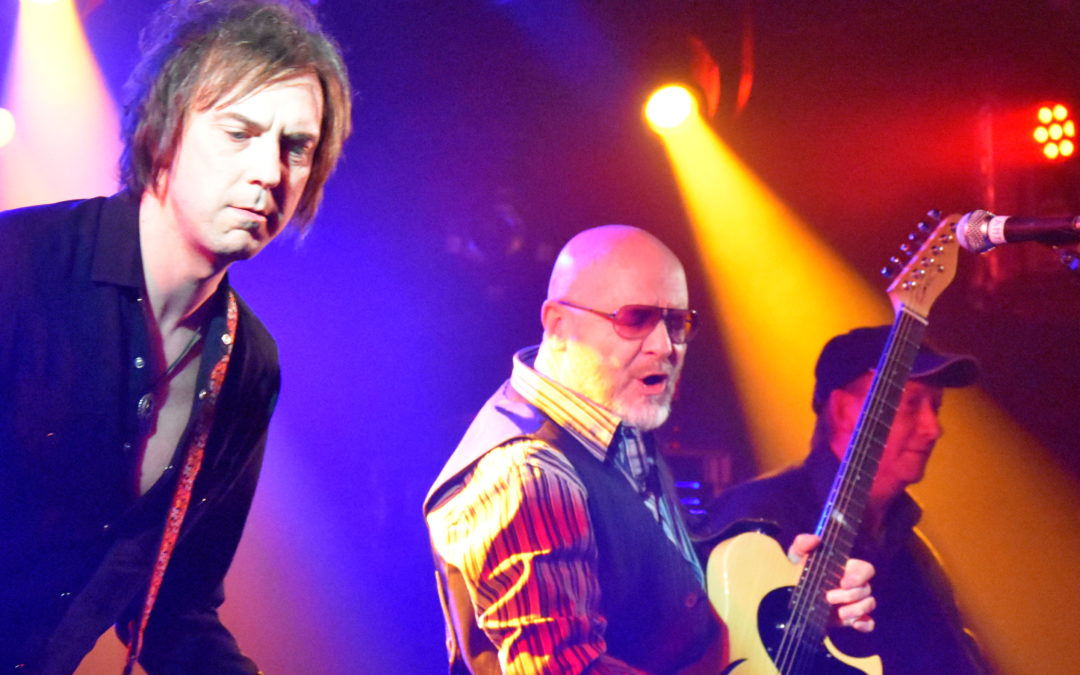 Wishbone Ash will soon join the club of absolutely phenomenal bands in today’s music business. By the term ‘phenomenal’, one does not only mean multimillion album sales, endless concert tours covering all the continents and having an influence on later greats (in the case of Ash, those would be Thin Lizzy and Iron Maiden, to name just two) as all of the above has already taken place. What one also has in mind is longevity. In 2019, the band will be celebrating their 50th anniversary on stage and joining the exclusive club with the likes of Deep Purple, Jethro Tull, Procol Harum, Status Quo and, naturally, The Rolling Stones as members. 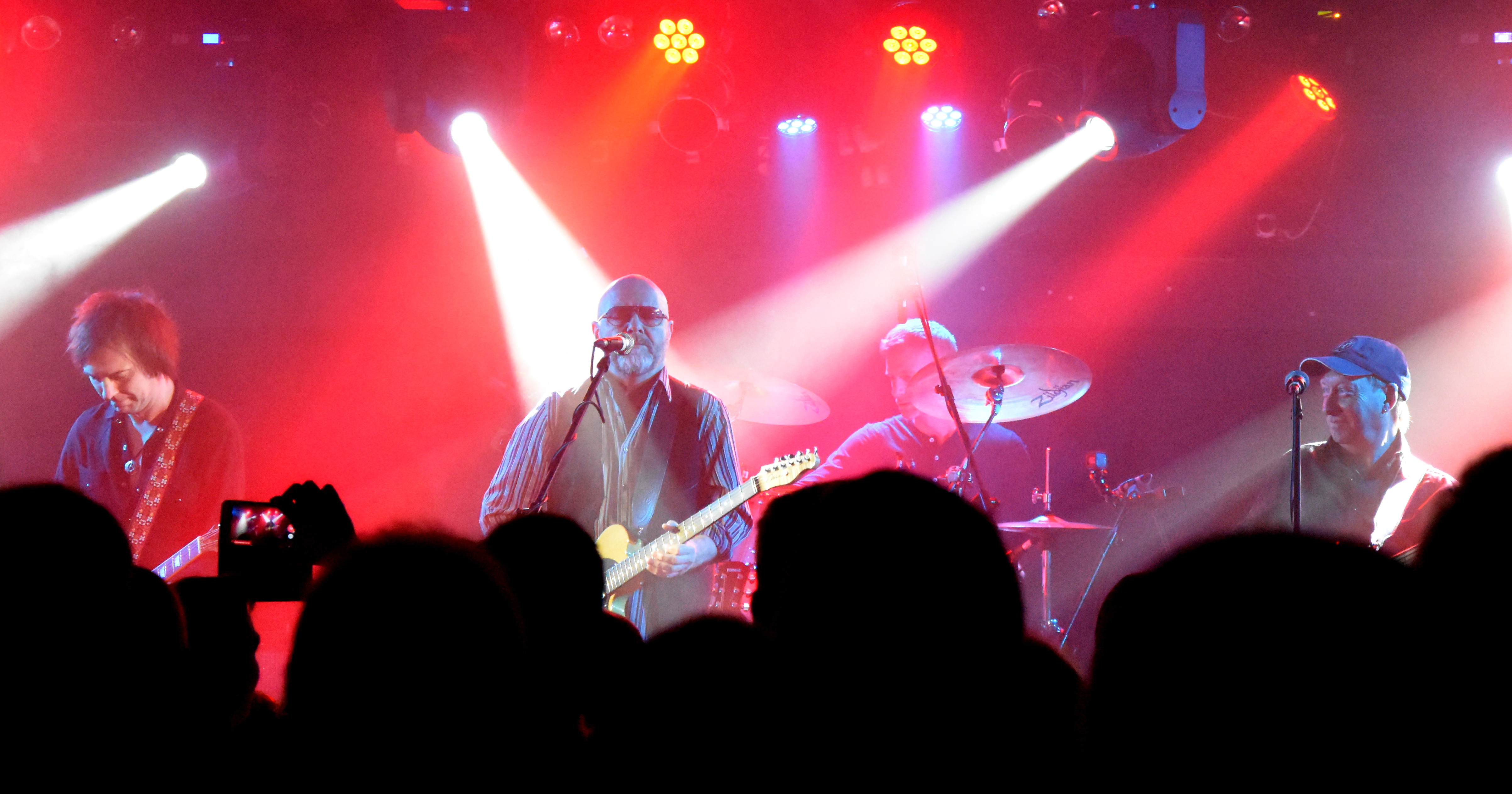 From left to right: M. Abrahams, A. Powell, J. Crabtree, B. Skeat

From the first tune, it was obvious that age was going to have no bearing on the dynamics of the show. They started with modern age repertoir, i. e. the instrumental titled Bona Fide (2002), where the trademark twin lead guitar assault sounded out for the first (and certainly not the last) time that evening. These days, it is provided courtesy of the band’s leader, singer, guitarist, songwriter and lyricist Andy Powell as well as the new ‘kid’ – the very talented and competent Mark Abrahams, who made sure Ash’s long-standing sonic tradition would be kept alive. The next song was Eyes Wide Open (2006) and I could see the audience belonged to the band from the very first bars of both tunes, or perhaps even prior to that because somebody shouted ‘We love you, Andy!’ before they even started playing. Starting from the third track on the set list (Way Down South), Andy Powell strapped on his trademark black and white Gibson Flying V and bass player Bob Skeat displayed not only excellent bass-playing chops but also good vocal harmonies (which he repeated many times during the show). The leader’s guitar, obviously, was not the only attribute of the old days that night as the next three songs Wishbone Ash performed were The King Will Come, Warrior and Throw Down The Sword. No wonder the audience’s reaction was more than enthusiastic, and I’m not only talking about the fans who have followed the band for almost 50 years because the Proxima club was filled in about 50% by 30-year-olds. Next, came the classic ballad Lady Jay, taken from the There’s The Rub album (not the last one off the 1974 studio effort that night). The band dedicated it to the Polish promoters, who are their fans, as a way of saying ‘thank you’ for the beautiful experiences during this visit to Poland (the song was not included on the set list). It’s not hard to guess that the fans were delighted with such a turn of events. From this moment on, regardless of whether the band served an acoustic set (Leaf And Stream and Wings Of Desire) or went back to electric (F.U.B.B. off There’s The Rub, Standing In The Rain, the clasics: Jailbait and Phoenix), there was no end to the fans’ enjoyment. After a few short moments, it came time for the encore. With no introduction, the audience were hit with the first chords to Persephone (There’s The Rub once again), which sent everybody over the moon. Ash finished it off with Blowin’ Free and everybody at the club was able to say they had just attended an excellent show. That certainly includes yours truly. 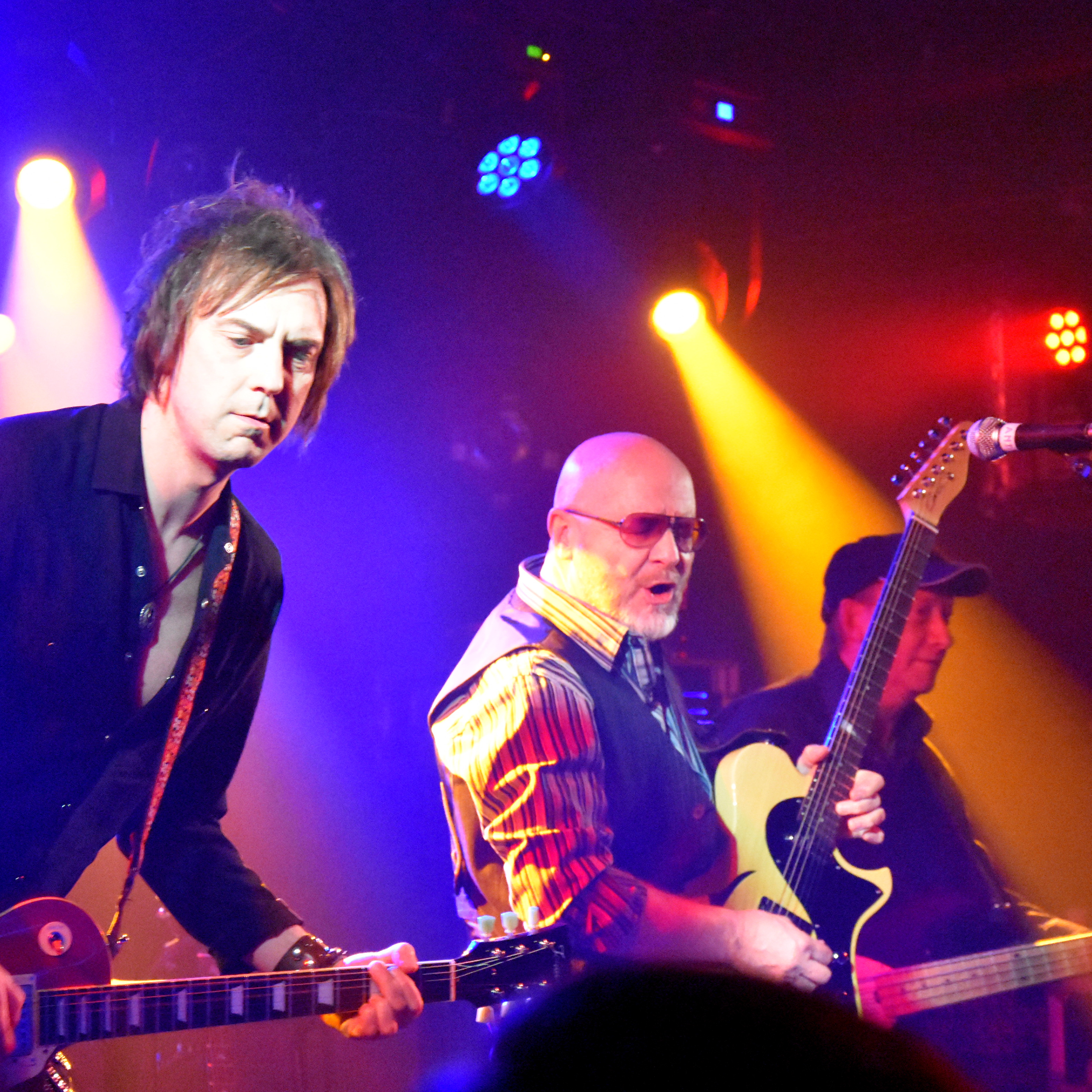 As a drumming website, we should note the drummer’s work that night. Joe Crabtree is a player with a great sound. No element of his kit left anything to be desired as far as tuning, musicality and complementing the band’s sound are concerned. The sticksman’s shuffle skills are flawless, which is crucial for a band like Wishbone Ash. Joe’s overall performance was just as flawless as his shuffle, which was pure joy to listen to. A job more than well done! 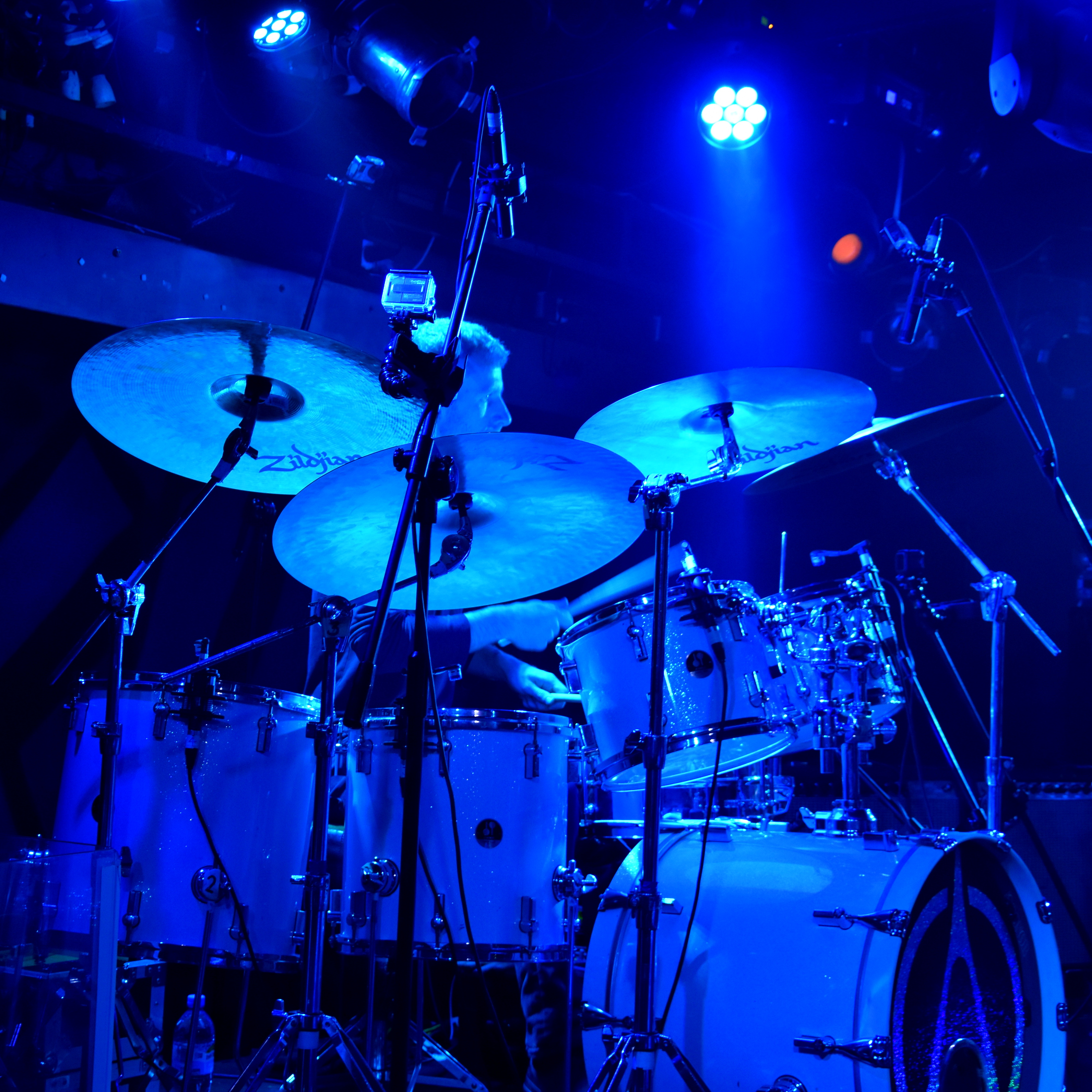