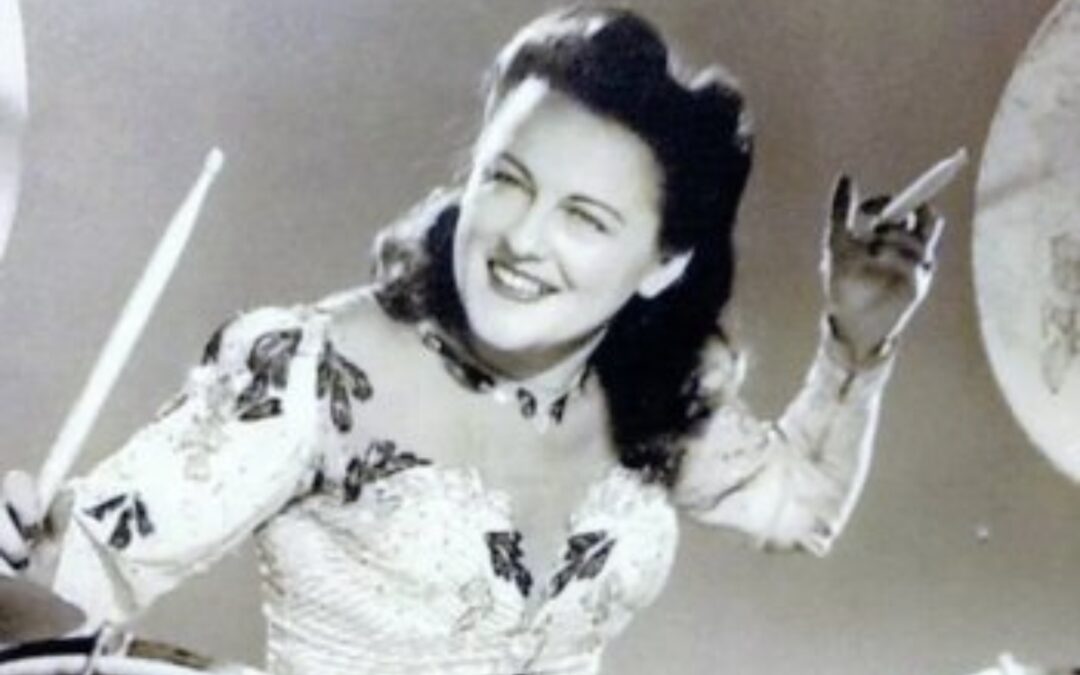 Last month we learned about another irreparable loss to the world of drums. Viola Smith, one of the first professional female drummers in the world, a real pillar of the drumming community and pioneer of the percussion industry, passed away on October 21 – just five weeks before her 108th birthday. 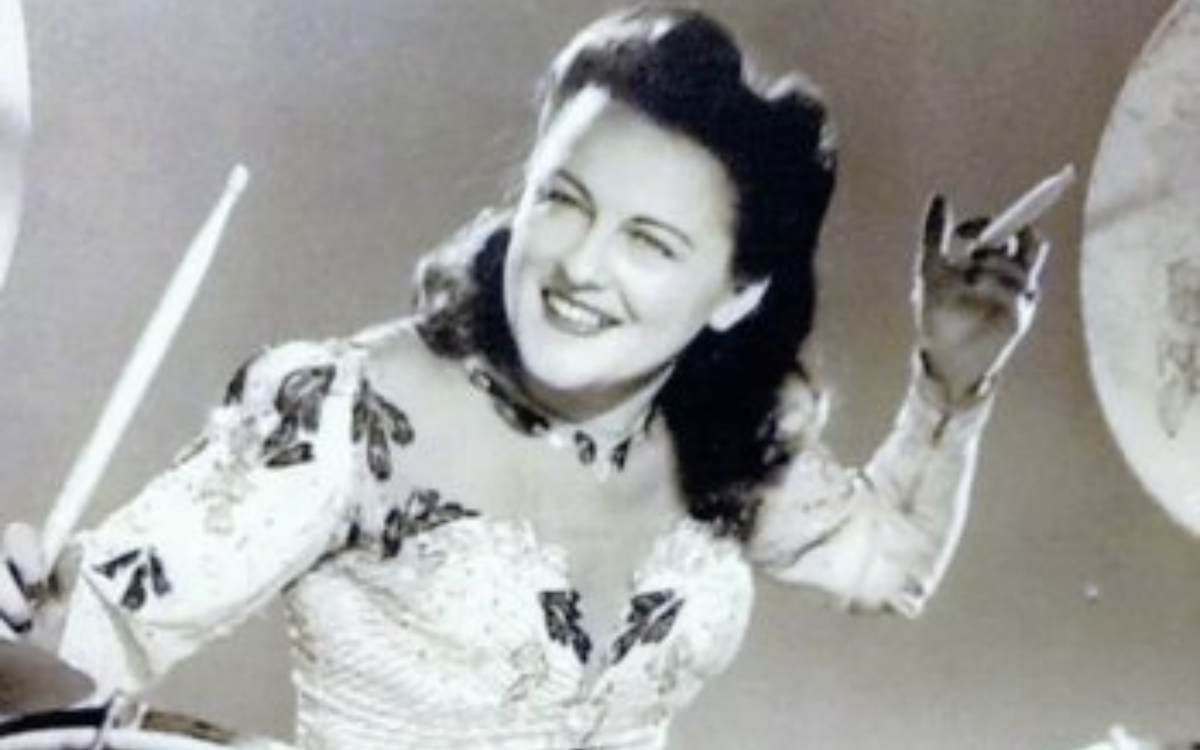 Viola Smith (née Schmitz) was born on November 29, 1912 in Mount Calvary, Wisconsin, USA, as the sixth of ten children (she had seven sisters and two brothers). They all learned the piano, but their father had musical plans only for his daughters as he organized them into an all-girl orchestra. Viola decided to play the drums because her older siblings were already playing other instruments she liked. The group was called the Schmitz Sisters Family Orchestra (later the Smith Sisters Orchestra), and was led by Viola’s father. Viola Smith performed with them in the 1920s and 1930s. In addition to Viola, the band’s line-up included: Irene (Schmitz) Abler on trombone, Erma Schmitz on vibraphone, Edwina Schmitz on trumpet, Lila Schmitz on saxophone, Mildred (Schmitz) Bartash on bass violin, Loretta (Schmitz) Loehr on piano, and Sally (Schmitz) Ellenback on bass saxophone.

In 1938, Viola and Mildred founded the Coquettes, an all-female orchestra that existed until 1942.

In 1942, Smith wrote an article for Down Beat magazine entitled “Give Girl Musicians a Break!“, in which she argued that female musicians can play just as well as men. She wrote, among others: “In these times of national emergency [World War II], many of the star instrumentalists of the big name bands are being drafted. Instead of replacing them with what may be mediocre talent, why not let some of the great girl musicians of the country take their place?”

In that same year, Smith moved to New York, where she studied, among others, with Billy Gladstone – a legendary teacher, inventor, snare drum virtuoso and builder, whose instruments are now highly collectible among drummers the world over (he gave Viola one of his makings). During this period, Smith received a scholarship at the famous Juilliard School privately-owned conservatory and joined the Phil Spitalny Hour of Charm Orchestra, a commercially successful all-girl band. She then played with the NBC Symphony Orchestra. Her distinctive 13-tom-tom configuration, most notably the two 16-inch toms at shoulder height, has never been copied (though Chris Slade took it a step further in 1990 during the promotion of AC/DC’s “The Razor’s Edge” album by mounting the bass drums above his shoulders). 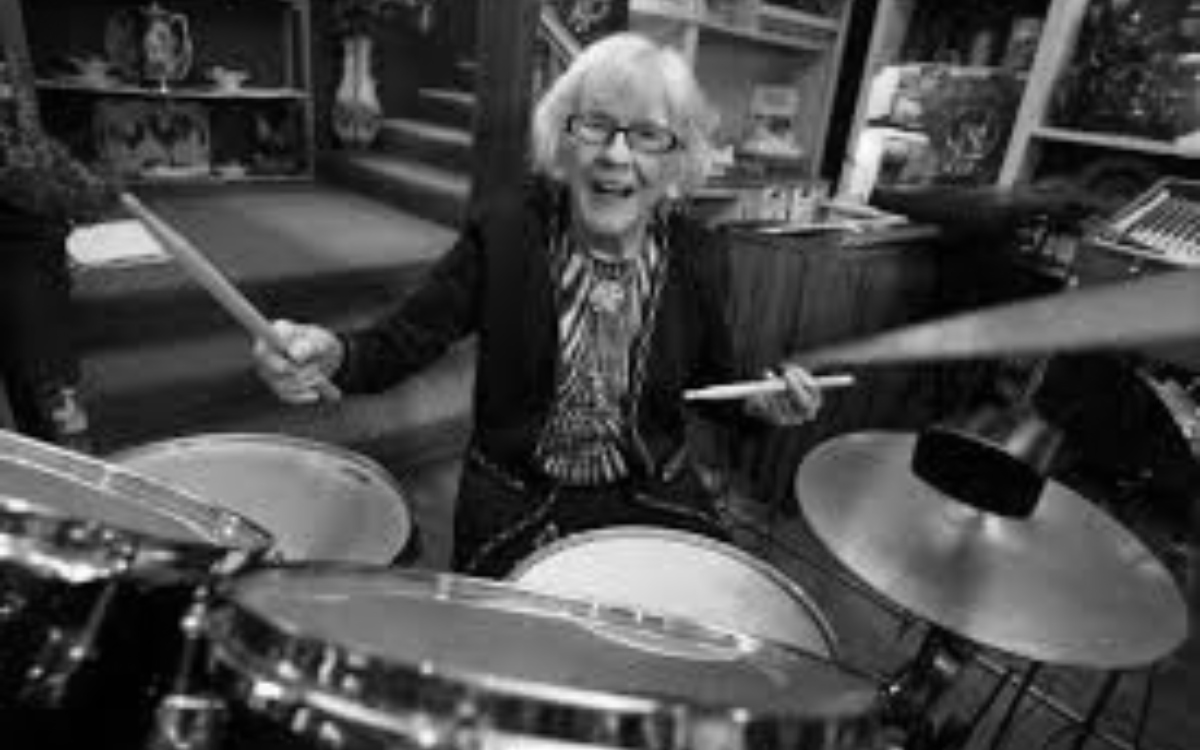 At that time, Smith recorded film music as a member of the National Symphony Orchestra and performed with Ella Fitzgerald and Chick Webb. She gained notoriety as the “female counterpart of Gene Krupa” and “the fastest girl drummer”. In 1949, Viola Smith performed at the inauguration of President Harry Truman.

In the 1950s, Viola Smith led her own band – Viola and her Seventeen Drums. From 1966 to 1970, she played with the Kit Kat Band, which was part of the original Broadway production of the musical “Cabaret”.

Until last year, she sporadically performed with different bands in California.

Viola Smith died on October 21, 2020 at her home in Costa Mesa, California. She suffered from Alzheimer’s disease.