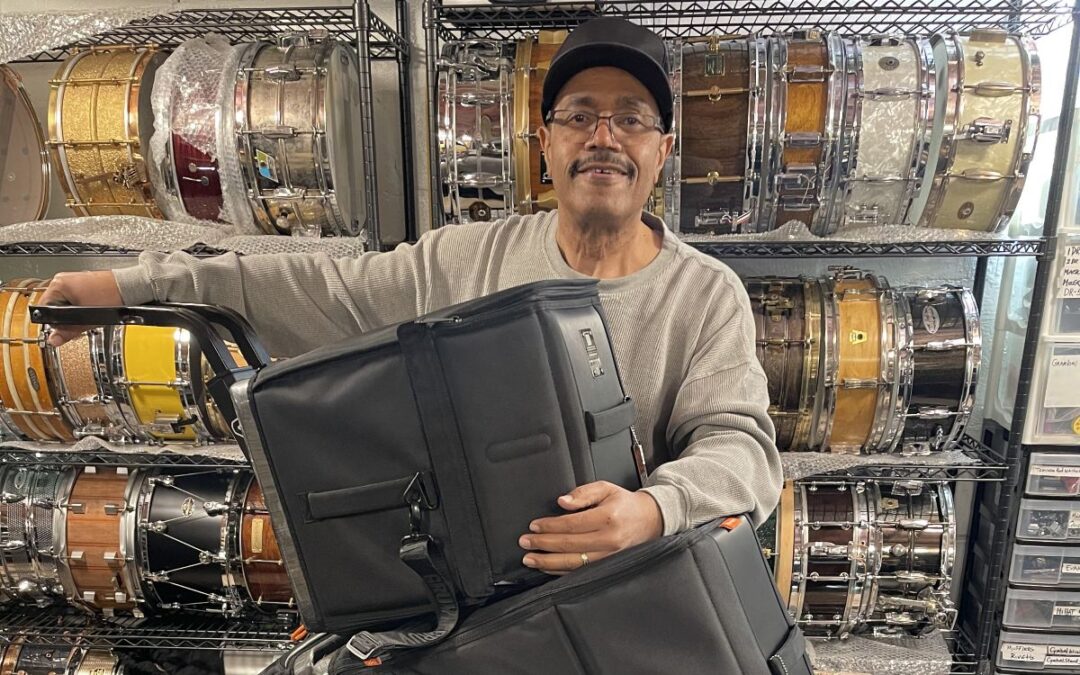 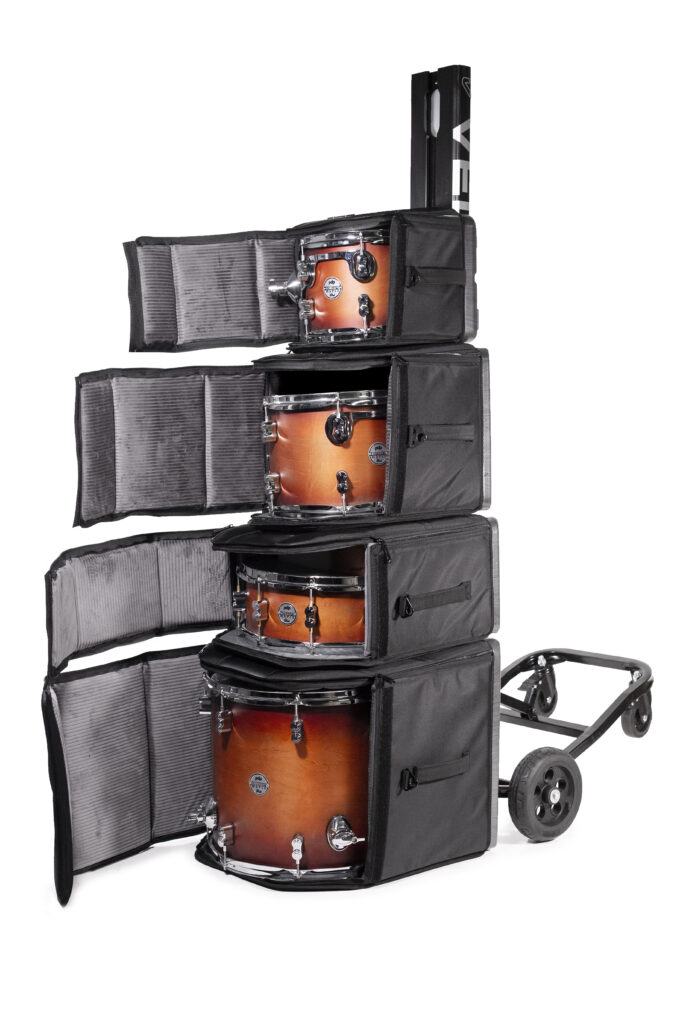 Described by JazzTimes as one of the world’s greatest living drummers, Dennis Chambers was included in Rolling Stone magazine’s list of 100 greatest drummers of all time and inducted into the Modern Drummer Hall of Fame in 2001, after winning the vote for Best Electric Jazz drummer from 1990 through to 1996.

Launched in 2020, the fully-integrated VELOC drum transport system allows drummers to move a 5-piece kit, cymbals, pedals and hardware in a single trip! The system consists of a lightweight aluminum cart fitted with a magnetic mount rail. The durable, padded cases attach and stack vertically on to this rail, creating a shelf-like system. The convenient front openings of the drum cases mean they can be left on the cart, whilst still allowing access to the drums for quick kit setup and breakdown.

Once a kit is loaded onto the VELOC transport system, it can be moved with minimal effort through doorways, narrow aisles and busy parking lots with just one hand on the ergonomic handle. The cases that accompany the system are available in most common sizes, feature comfortable carry handles and both top and front access to drums. Each case is equipped with a built-in TSA lock and Gruv Gear’s Global Recovery Tag powered by HomingPIN, so any lost or misplaced bags can be easily reunited with their owners.

Jay Baldemor, President of Gruv Gear, commented: “We’re very proud to have such an iconic and legendary drummer choose Gruv Gear. When Dennis caught videos of our VELOC drum bags and cart, he was floored and knew he had to have them. We’ve been chatting almost every day now and he can’t stop talking about them. Such an honor!”

To find out more about the VELOC drum transportation system and Gruv Gear’s other products, go to gruvgear.com