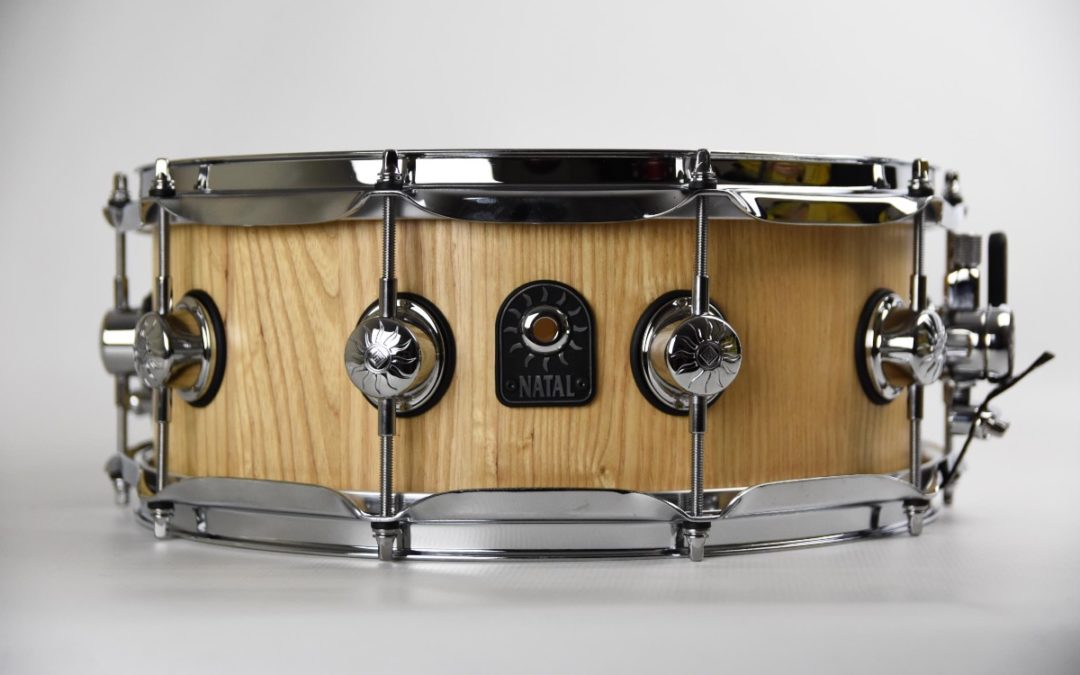 As we have already mentioned, we have recently received a sizable parcel from drumstore.pl – an importer and distributor of many brands in the field of drums and percussion. Inside a few sizable boxes, we found all kinds of drums and accessories, which we were more than happy to check out. We have put a number of cymbals, gongs and snare drums under our microscope. This time, it was time for a beautiful snare drum – Natal Pure Stave. . You have already seen and heard the test of Natal Pure Stave Maple 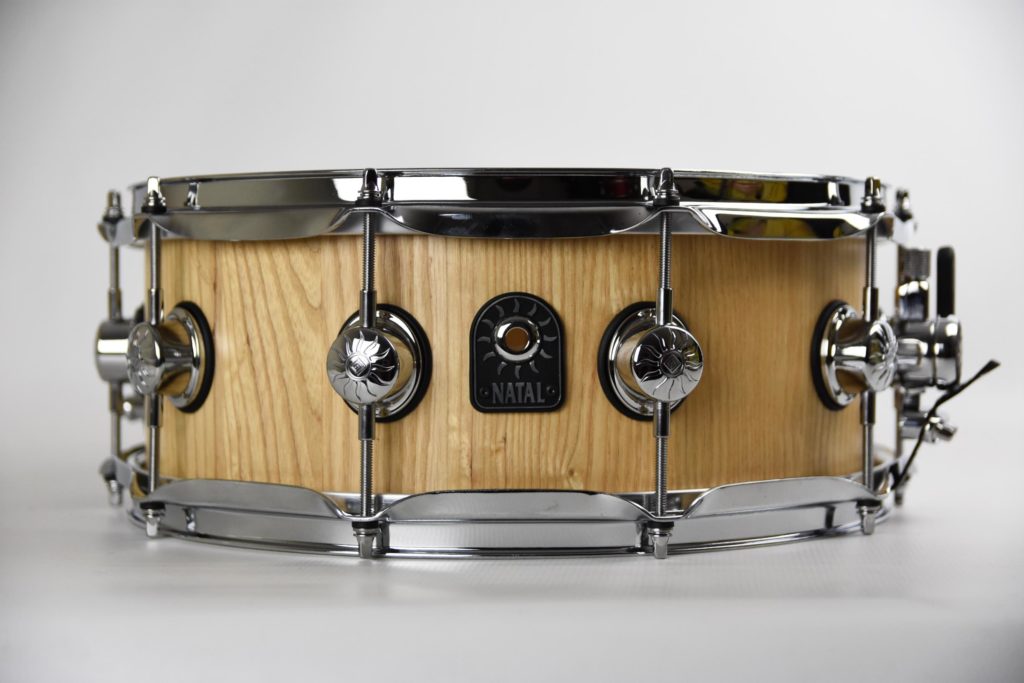 Having unpacked the instrument, we just could not resist getting our hands on it. Once we had our way with it, we set off to our top secret special-purpose room, where we took a few still shots and sank our teeth in it.

The 14″ x 5.5″ Ash Natal Pure Stave snare drum is an instrument that has a nice attack and a very wide dynamic range, thanks to which the instrument sounds really nice in the dynamics from ppp to fff. Interestingly, when adjusted properly, the snares are very sensitive to the different dynamics. A very nice and loud cross stick must also be considered an asset.

The Natal Pure Stave has a warm sound that does not make it lose attack, which is the perfect combination. When tuned low, it loses all the interesting harmonics, and the snare drum starts to sound like a piece of cardboard, but still with a lot of warmth.

The instrument was not only tested in our secret room, but each of us wanted to give it a chance during the rehearsals of our music projects. Our Editor-in-Chief, Marcin ‘Viking’ Leitgeber has some observations about this snare drum:

“I’m not a big fan of 5″ and 5.5″ snare shells because they never seem to sound so good when tuned really low, which means they’re not multi-task instruments. I prefer snares that are deeper than 6.5″ or piccolos. On the other hand, I have played a few Natal snares (including stave shell ones) and I always liked them (they were deeper, though). I was really interested to take this instrument to a band rehearsal and i must admit I liked its dynamics, warmth, colour, projection and snare response. I can easily picture it used in such musical contexts as jazz, fusion, funk, blues, pop, rock, or reggae. As much as I liked it, this instrument didn’t make me crave for a shell of this particular depth… ;)”

The Natal Pure Stave Ash is a very universal instrument, which will be great as the main snare drum in our drum kit or an additional snare. We can confidently say that it is a snare drum that is in no way inferior to the instruments from other top brands. When mic’d, it sounds much better than in isolation or during rehearsals without a PA system. The Natal tested by us is undoubtedly an instrument worth its price (see: HERE). 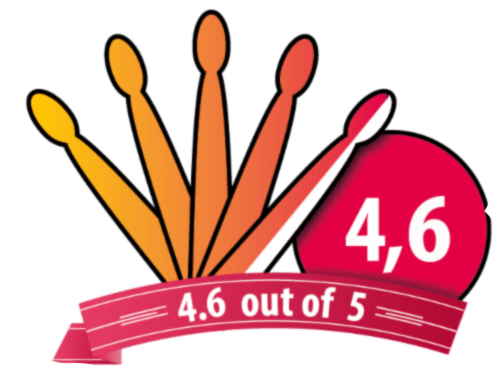