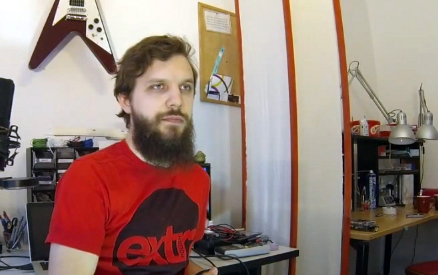 In January 2013, BeatIt representatives of the highest level, i.e. Mr Chairman and Mr Deputy Chairman (without their spouses, however), ventured a trip to the city of Wrocław (the company has moved to Warsaw since then) to pay a visit to Lime Ears – a fast-growing and steadily more reputable Polish producer of custom in-ear monitors. They were very warmly received and treated to coffee and bisquits (some internet portal bosses have it made, unlike simple editors-in-chief) by company owner – Emil Stołecki.

As a former bass player with such Polish rock outfits as Merry Pop-Ins and Man On The Moon, and a university degree holder in acoustics, Emil is a guy, who perfectly understands the importance of individual in-ear monitors for musicians’ work. In the first part of our meeting with the man, he will tell us where the idea to start this kind of business came from and what the basic assumption when setting up the company was. Drummers and Drummerettes! Here is Emil Stołecki and his Lime Ears!