The 18th of February 2017 saw yet another annual edition of Rocket Festival, which presents new Polish artists while refreshing established acts to its young audience at the same time. On that day, the stage at Hall 2 of the Poznan International Fairgrounds was taken by Bartosz ‘Chupa’ Zawadzki, who has recently released his debut album, and the widely popular and established Lao Che, Luxtorpeda and Armia. The drummer with the latter band (a true punk/new wave legend in Poland, over 30 years in existence, 12 studio and 8 live albums, concert tours alongside Killing Joke and New Model Army, to name just a few facts about them) is the 28-year-old Amadeusz “Amade” Kaźmierczak, who has been in the band for three years now. Armia is an institution on the Polish scene and ‘Amade’ is an excellent drummer, who plays with lots of pep, adding a great deal of youthfulness to the music. It was obvious that BeatIt cameras had to find their way to an Armia show sooner or later. 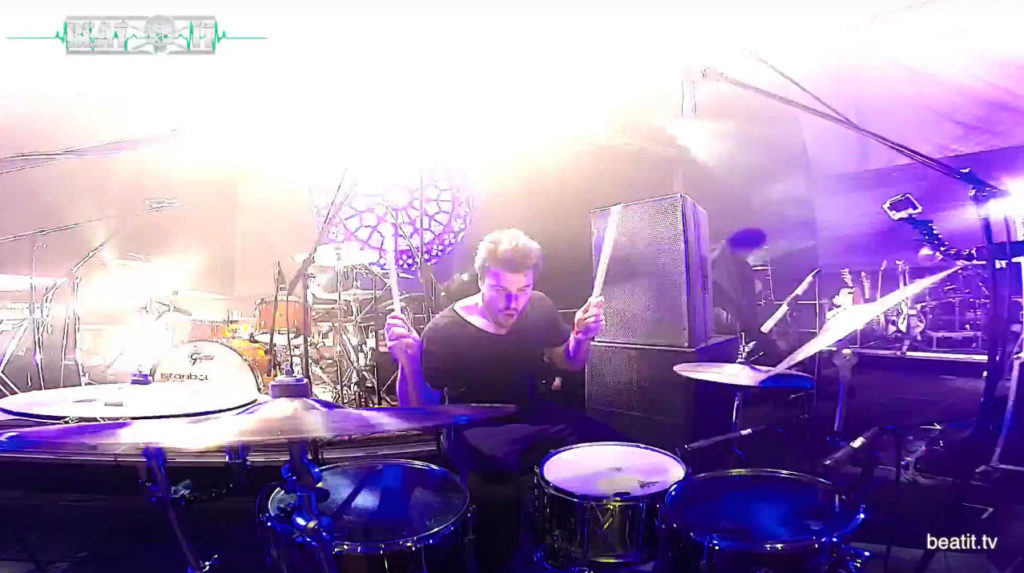 A festival formula gave the band, led by singer/lyricist Tomasz Budzyński, a little bit less than an hour for their performance and they used their time very productively. There was an incredible force and energy oozing from the stage, to which the drummer contributed immensely by playing dynamically and with great power but making it all seem effortless as well.

Here is what Amadeusz Kaźmierczak told us about the gear he uses with Armia:

“On the toms, I use Remo Emperor Clear skins. To me, coated Emperors dampen the sound too much. I put Ambassadors on the bottom. Same with the snare, only it’s the reso one.”

“The snare is an 8″ x 14″ Pearl Free Floating Brass from the 80s. It’s very lound, some are not too fond of it. It still has those hexagonal lugs. A small work of art. They don’t make them like that anymore. I like to put a Remo Powerstroke 4 on top of it. Such a thick skin allows the instrument’s bottom end to come into play though I tune it rather high.”

Drummers and Drummerettes! Exclusively for www.beatit.tv! We give you Amadeusz ‘Amade’ Kaźmierczak and Armia in a live rendition of the song ‘Taniec duchów’ (‘The Dance of Spirits’), taken from the band’s twelfth studio album released in 2015 and titled ‘Toń’ (‘The Depths’).