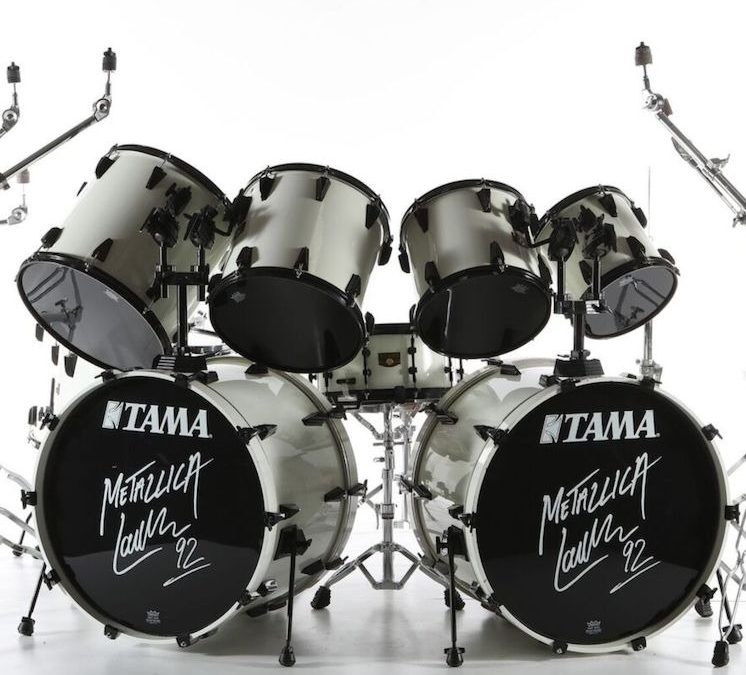 TAMA is a brand which has left an indelible mark on the sound of modern music, rock in particular, although not only rock (Billy Cobham, Simon Phillips or Peter Erskine use those drums to play completely different styles). However, with classic music videos in mind, we must say that jazz or fusion, as less commercial genres, remain overshadowed in this respect. The late 1980s and early 1990s was a period in time when TAMA drum kits practically ruled in rock and metal videos shown on MTV, but also in our part of the world. Hence their domination on this subjective (as always) list.

A genuine legend and an icon of American alternative rock. The band had a huge influence on the entire alternative scene on both sides of the Atlantic, including such groups as Nirvana, Radiohead, or Blur. I, personally, remember my first contact with The Pixies through this very video, which was on MTV’s heavy rotation at the time. I also remember thinking: “A white drum kit? No way!“. Shortly after, a white Tama Rockstar (12″, 13″, 16″, 22″) was standing in my practice room…

The creators of prog metal and the biggest band within the genre. One may like or dislike them, but no-one can deny those musicians instrumental and songwriting craftsmanship, the best proof of which would be this track. In addition, Mike Portnoy is a brand in his own right, a drummer loved by two generations of sticksmen and stickswomen, and one of the most prominent Tama endorsers.

A song in Polish by a Polish band. The title means “Knife” and every rock fan in Poland knows this angry song about a guy who makes use of his knife walking the streets of his town (possession of firearms is very limited). Together with song no. 6 on this list, it is an almost photographic depiction of the dark sides of life in Poland in the 1990s. Dark sides but white drums – Tama Granstar. There was something about that color at the time…

Metal, world music, pop, noise… Everything mixed in perfect proportions. One of the first classic recordings of the 21st century, loved by rock fans to this day (after all, a new one has already grown up). What thrash metal and grunge drummers didn’t do for the Tama brand in the 80s and 90s, John Dolmayan did in the 00s. Naturally, the drum kit in the video is white…

The title means “Drug Dealer’s Dad“. The lyric is written from the point of view of a drug dealer’s father testifying in court during his son’s trial. There isn’t a single rocker in Poland who has not heard the track or seen this cheaply shot, underground video. Tomasz Goehs is the man behind the drum kit, which (yet again) is a white Tama Granstar. We’ll go as far as saying it was one of the band’s trademarks with reference to their image in the 90s.

In GNR‘s heyday, there were as many of those who loved the group as those who genuinely hated what was being thrown at them. One thing is for sure – there wasn’t a single person who hadn’t heard of them. Virtually everybody knew of the band and saw this video featuring live footage from Donington, England. If so, everybody also saw the Tama logo on Steven Adler‘s kick drum resonance head…

Of course, one may sniff at the fact that it’s “that Lars again”. One may say it’s only Slayer with Dave Lombardo and we should have included “Seasons In The Abyss“. Or Megadeth with Nick Menza. Or Anthrax with Charlie Benante. Let’s make one thing clear, though. It was the first mainstream thrash metal music video (perhaps even the first mainstream metal video in general), and an iconic one through that fact. Along with it, just as iconic, a white (!) Tama Granstar II Lars Ulrich Signature kit.

As much as thrash metal introduced the Tama brand to young drummers the world over, it was American alternative rock (The Pixies, Helmet, Primus) that helped it gain new ground. Nirvana made a massive contribution to that having recorded “Nevermind“, which has since become a classic, not only of grunge or the 90s, but rock as a whole. We also have the mighty (already back then) Dave Grohl mercilessly bashing on a modest Tama kit (by modest we mean configuration, not sizes).

The “Synchronicity” album, which this particular number is taken from, is The Police’s swan song, but we wish all bands such swan songs. The group was in its peak, both as writers and instrumentalists, and Stewart Copeland took his drumming to another level here. His name has since become synonymous with the Tama brand…

Classic Rush, from a classic period in their career, and a classic track. It just does not get any more classic. To top it all off, we get one of the best and most respected drummers in the world performing a drum part known to any drummer on any continent, which the number of YT drum covers is the best proof of. A rosewood Tama kit does the job, too…

Synth pop married with funk danceability and rock. You can immediately hear who the entire generation of dance punks grew up listening to. The band’s enormous popularity in their heyday (but also now) shows there is something to it after all. The man behind the drums is Roger Taylor (not the one from Queen), always faithful to Tama.