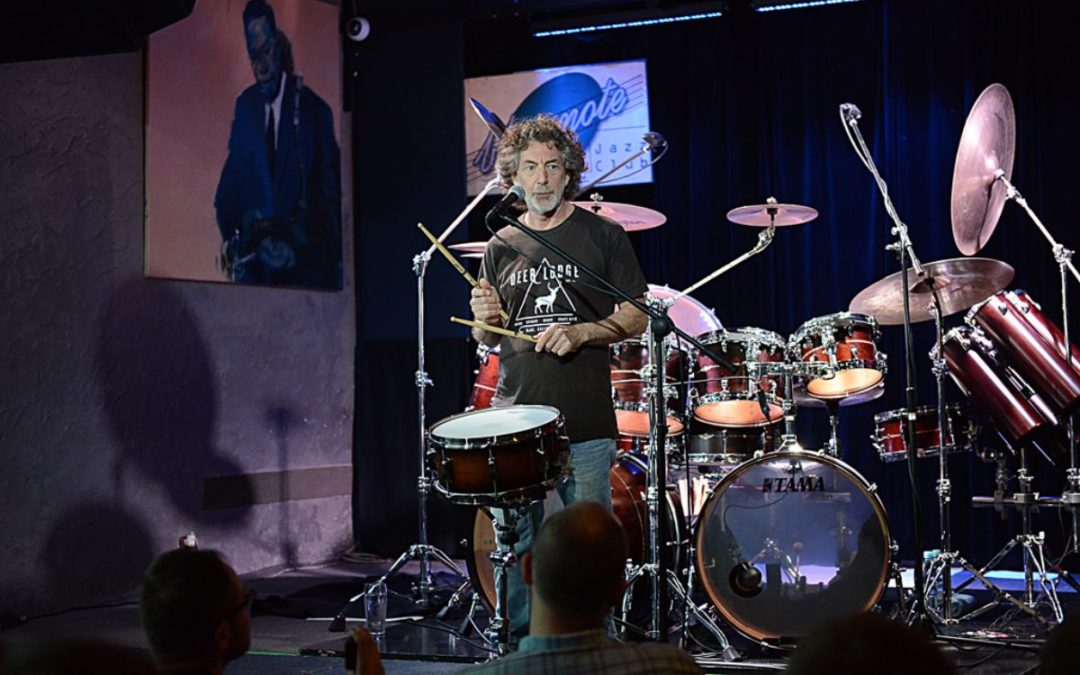 The 14th and 15th of October 2019 were very special days for jazz/fusion lovers and Simon Phillips‘s fans in western Poland. On the former day, Mr. Phillips and his band Protocol played a concert at the Blue Note in the city of Poznań. The latter date saw a masterclass conducted by the master drummer at the same venue. Both events were held as part of the Protocol 30: 30th Anniversary Tour. I was able to reach the club last Monday just after the intermission (which was a success considering the fact that originally I was not going to make it to the gig), so I can easily say the band was fully warmed up and going full steam ahead. Every fan of jazz/fusion and Simon’s drumming style was clearly listening with rapt attention. So was I (having seen the drummer’s performance at Tama 40th Anniversary Festival in Germany and his drum clinic held in Warsaw, Poland) as it was the first time I could see and listen to him play live alongside other musicians. Those who have not experienced that can take my word for it: rumours of Simon Phillips‘s excellence have not been greatly exaggerated. 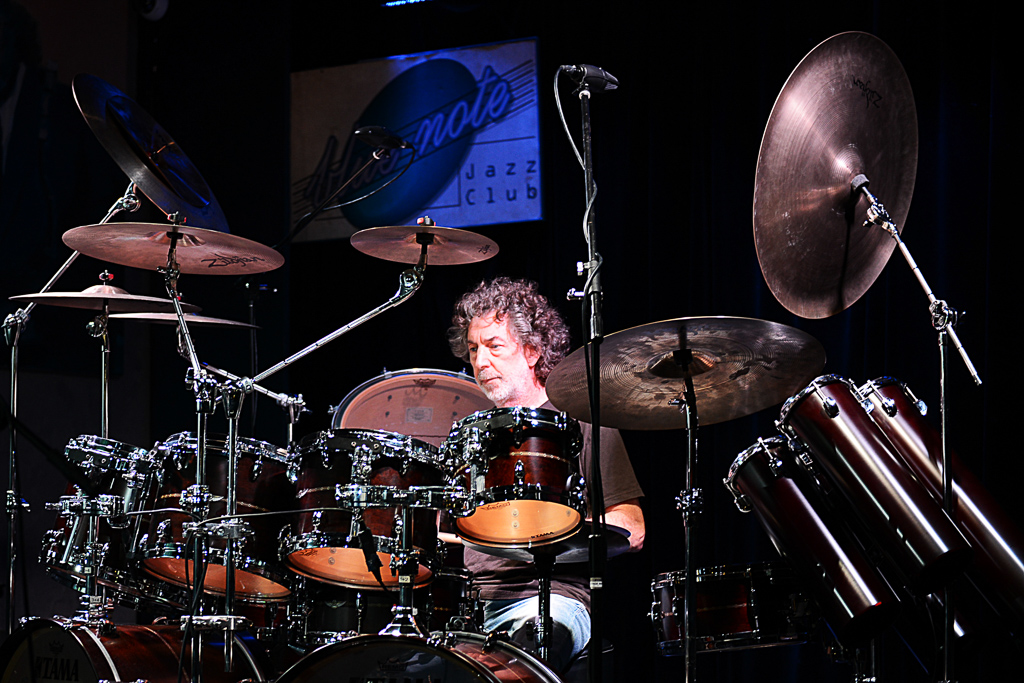 As for the masterclass, Simon Phillips treated the event as a meeting with some fifty drummers, which was an opportunity to talk all things drums rather than an excuse to play along to backing tracks and show his fabulous technique. He simply shared his immense knowledge and experience by answering all the questions in a detailed way. The attendants soon found out about the advantages of ambidexterity (not only behind the drums but also when the artist composes using DAW as he can play a chord on his keyboard with his right hand and operate a computer mouse with the left), Mr. Phillips’s take on tuning drums, his approach to odd meters and folk music from Central and Eastern Europe, where the sound of an instrument comes from, as well as how to hit drums and cymbals.

Possibly the most important topic (at least for me) discussed during the masterclass was the meaning of practicing according to Simon Phillips. In short, it is about not wasting time on the mere mastering of rudiments just for rudiments’ sake. The trick is to master those rudiments or rhythms shown to us by teachers or other drummers as a basis for something more creative and musical (for example by shifting them by a 16th note, using some accented notes as a musical phrase or placing them in an odd meter context).

It should also be noted that Mr. Phillips was more than happy to patiently sign his autographs and pose for pictures (both after Protocol‘s show and the next evening) until the last fan got what he or she was waiting in a queue for. The Poznań Blue Note club did a wonderful job having organized this double treat…

Here is a photo gallery from the event. All photos by Emilia Staszków.