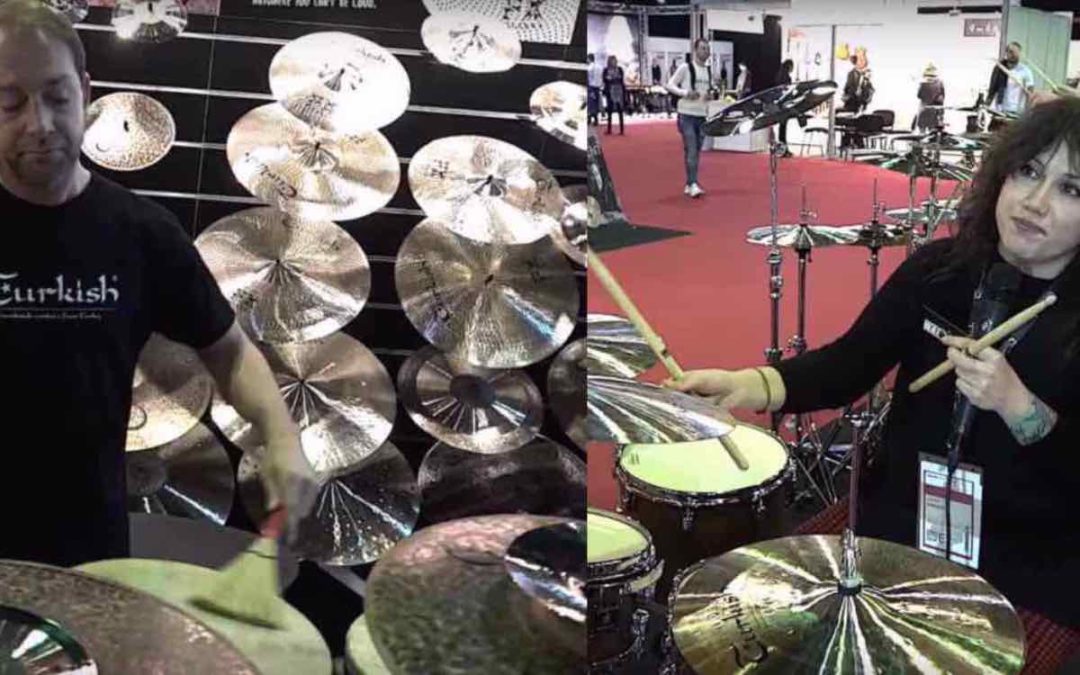 In the first week of April, the Fairgrounds in Frankfurt am Main saw yet another edition of the Musikmesse trade show, which has been held there for nearly 40 years. It was the seventh edition en.beatit.tv attended, so we think we have some kind of a comparative scale. We can safely say that, from the point of view of drums, there was practically nothing to report from the messe. The combined efforts of the renowned classical instruments maker Bergerault, four cymbal manufacturers out of Turkey (Amedia, Bosphorus, Istanbul Mehmet, Turkish) along with their roster artists, a few booths occupied by small companies (e. g. the producer of nifty triggers called TrigMic) as well as all kinds of Chinese equipment can hardly be called a “Drum Hall”. It has been shared with brass instruments for a few years now anyway, and this year also with bass gear makers (what a sight NOT to see…). The competitors of the four cymbal companies were nowhere to be seen, and as far as drum companies or snare builders it was even worse. It is not our ambition to analyze the reasons for the situation – it is merely a statement of fact. It may be a temporary situation or the opposite – the end of the event in the form we have known so far (especially given there is more and more talk of the Music Park show to be held in Leipzig, Germany later this year).

One of the positive exceptions at the event was Turkish Cymbals, who treated the event seriously and displayed the full range of their products. We also met two endorsers of the brand there, and asked them to tell us a few words about selected cymbals from the company’s offer.

“I have my own series here that I designed so I’ll explain a little bit about that. I’m a hand percussionist and a drum set player. I made some cymbals that would be dynamically compatible with what I would do. First, I’ll talk about this cymbal here. It’s called the Water Cymbal. You can see it’s oddly shaped. It’s very thin and the reason is that I need to get some response to my hand. This creates a gong-like quality from a thin cymbal. Responsive to my fingers. This is called a Snake Cymbal, which you can see on the logo here. It’s got a special kind of rivets that create a sizzle effect. That’s the effect and texture I’m looking for when I hit it with my hands. It’s compatible with the ones over here. These are part of a hi hat series. I have three sets of hi hats that are all fitted with rivets, which can double for hand percussion or crashes. 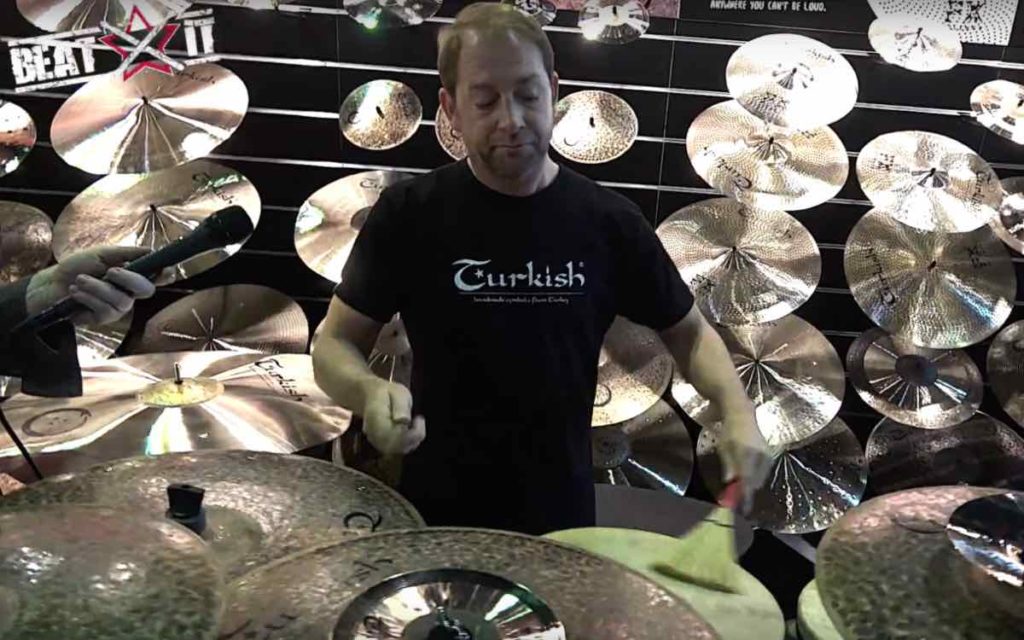 The ride cymbal is a very flat and dark ride. It’s also responsive to my fingers ’cause it’s very thin. I keep my splashes on top. The reason why I have them so very dark is compatibility with the crash. They won’t overtake my hand percussion. I don’t have a lot of sustain, it will not cover up what I’ll be playing acoustically with my hands.

Over here, we have the Karaburan China. It’s a very dark china. All my cymbals have different names for different elements. Karaburan is a wind that blows across the Gobi Desert. It blows up the sand, which turns the sky black or very dark. That’s why I named it that. You can hear when I play it with my hand that it’s really dark. It has a lot of low frequency. This is also how I play it.

These are some more of the cymbals in my line – the Satellite cymbals. They are a mixture between splash, a bell and a flat ride. There’s a lot of textures that I can do. I generally play them with my hands but to hear a little bit better, I’ll play with mallets. Here, I have somewhat of a bell. The texture is very articulate. The brighter cymbals are the splashes here on top. Here are the rest of the water cymbals – the three different sizes. These cymbals create that gong-like quality, swirling with sort sustain. Also responsive to my fingers.”

“It’s the biggest ever cymbal made by Turkish Cymbals. These are all crash rides. This crash ride is a 24-inch monster but I also have a 22-inch version, which is a more humane version of it. This one is an 18-inch crash ride. It also comes in a 20-inch version. There is only one hi hat size: 15”. As you can hear, they’re all dark and washy. Generally, it’s for 60s and 70s garage rock and roll sound but jazz players like it too. I made the logo myself. It’s a bit hardcore.”