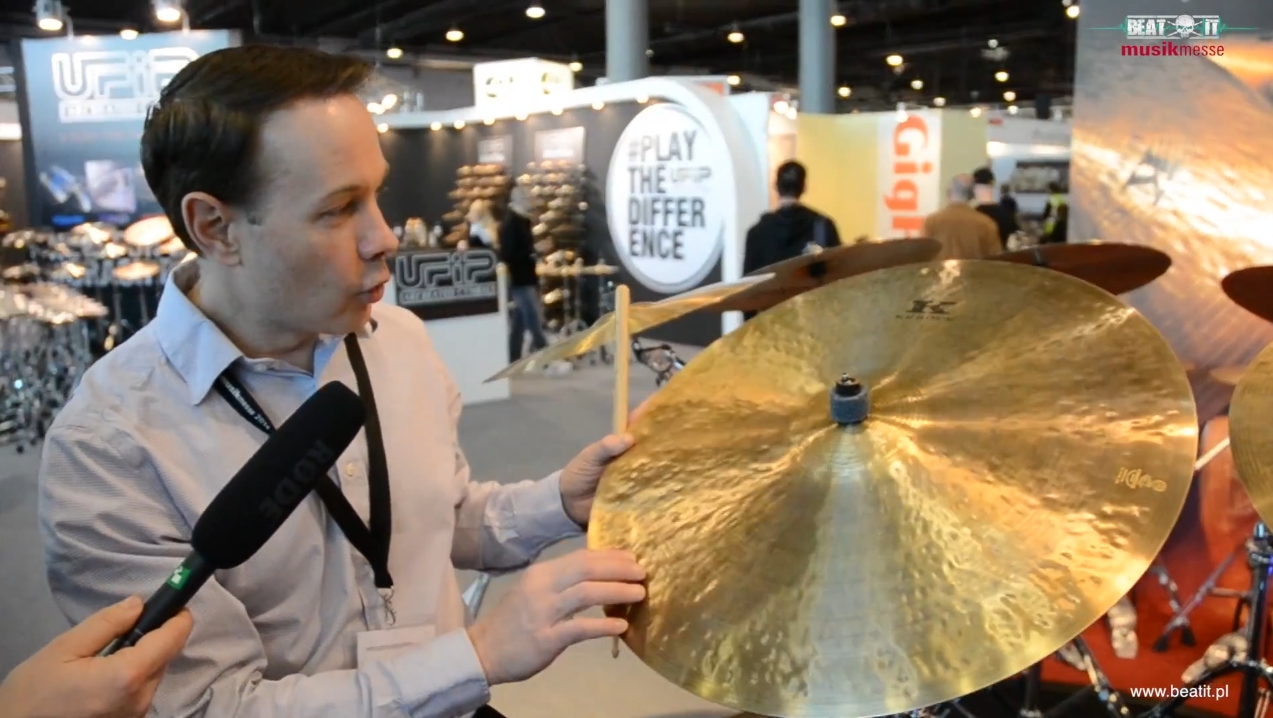 Here is the report from our visit to the Zildjian booth, which Paul Francis (Director of Research and Development) is about to give you a tour of. Our host will focus on this year’s new additions to the company’s catalogue, which means you have a chance to get acquainted with the Kerope Series cymbals.