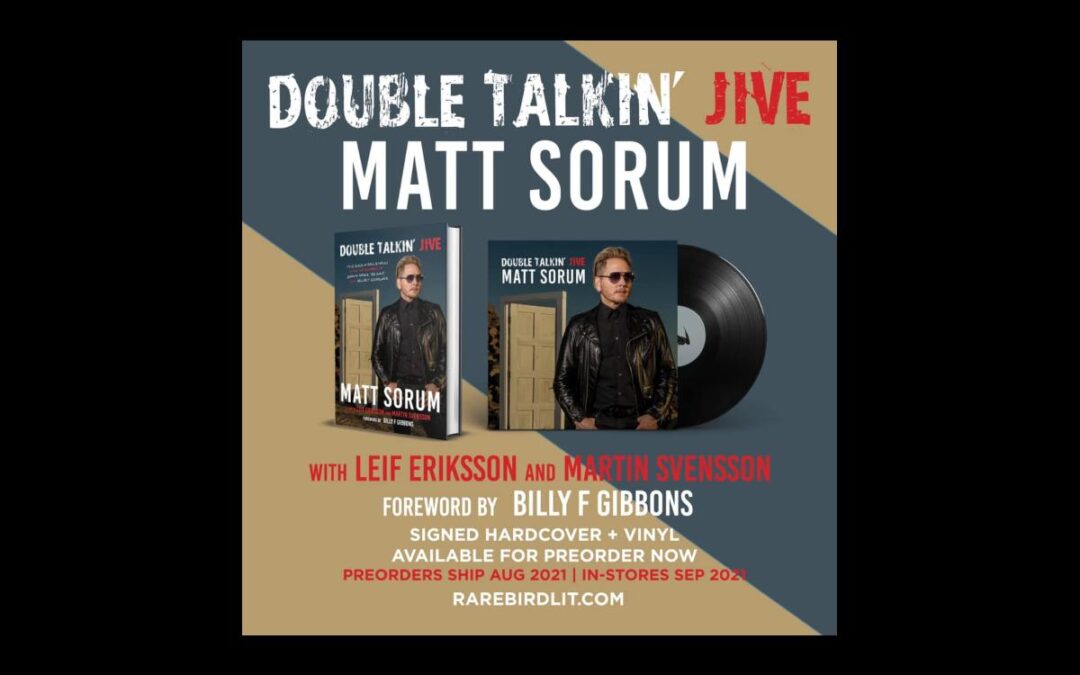 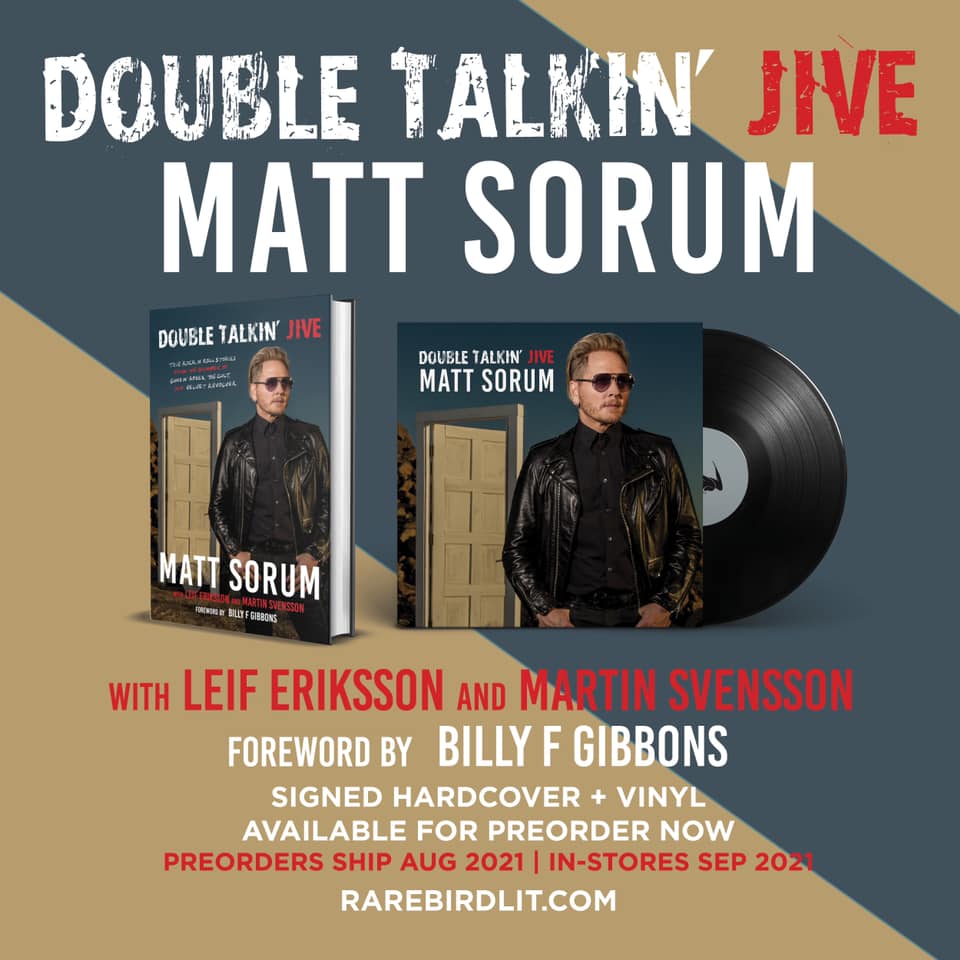 The book will be available in hardcover, along with a limited edition vinyl. The set can also be signed by the artist. Expected release date has been set for Aug 15th 2021 but can be pre-ordered now.

In Double Talkin’ Jive legendary drummer Matt Sorum takes music lovers behind the scenes of a remarkable life in rock. Sorum, whose albums have sold tens of millions of copies around the world, provides an account of the highs and lows of superstardom. Sorum recounts his childhood years idolizing Ringo Starr and surviving an abusive stepfather, opens up on his drug dealing and smuggling years after leaving high school, and shares anecdotes from his time touring the globe, battling drug and alcohol addiction, as well as working with Axl Rose, Slash and the rest of the GNR team and his career with the Cult, Guns N’ Roses, Velvet Revolver, Motörhead, the Hollywood Vampires, and Kings of Chaos costars an ensemble of rock royalty, from Billy Idol to Steven Tyler, Billy F Gibbons and Alice Cooper.

“Matt lights up rooms, corridors, clubs, theaters, arenas, and stadiums with the kind of infectious rock ’n’ roll energy that is increasingly becoming obsolete. His dedication to his craft remains virtually peerless, and when the sticks are resting, you’ll have to go a long way to find someone cooler in rock ’n’ roll. Dive into these shenanigan-saturated pages immediately and find out for yourself!” — Lars Ulrich, Metallica

“A colorfully dark look into the f * * * ed-up psyche of a legendary and badass drummer. I want to read it over and over.” — Jonas Åkerland, Film Director