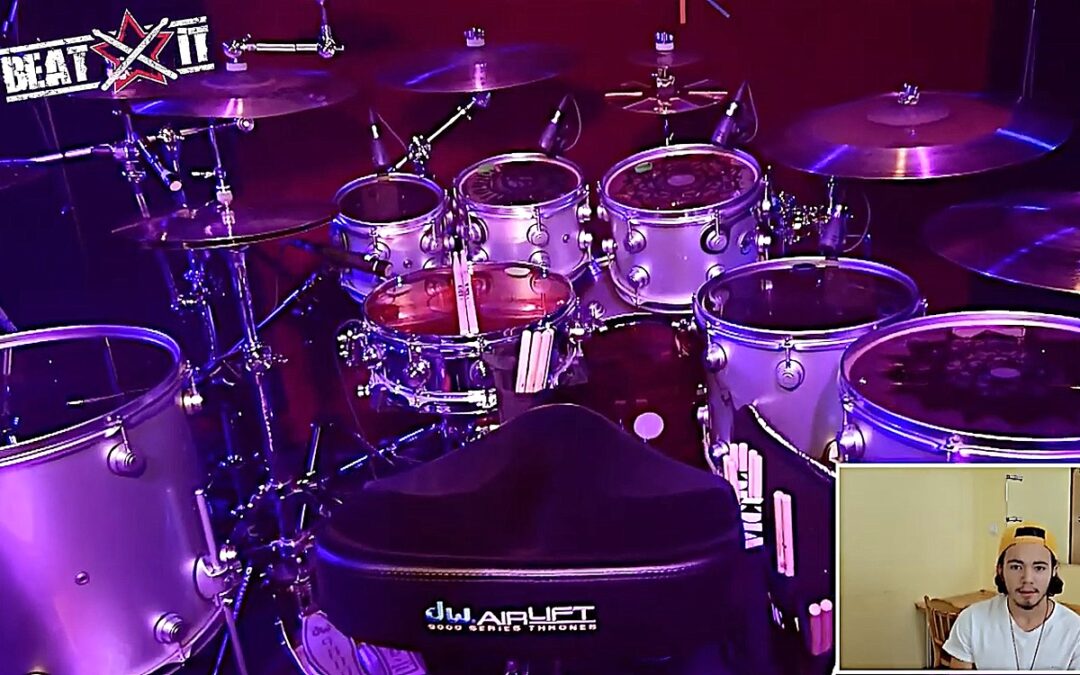 On October 20, 2019, we witnessed the second edition of a drum event called Śląski Festiwal Perkusyjny (Silesian Drum Festival) held at the Chorzowskie Centrum Kultury theater in Chorzów, Poland. The festival bill featured six excellent drummers. Poland was represented by Michał Dąbrówka and Igor Falecki while the internationally recognized artists included the likes of Dali Mraz, Jost Nickel, Derek Roddy and Ash Soan. Naturally, we couldn’t miss out on an opportunity to film the drum kits and have a chat with those stars about drums and the festival itself. Today, we give you the Polish drum prodigy, Igor Falecki… 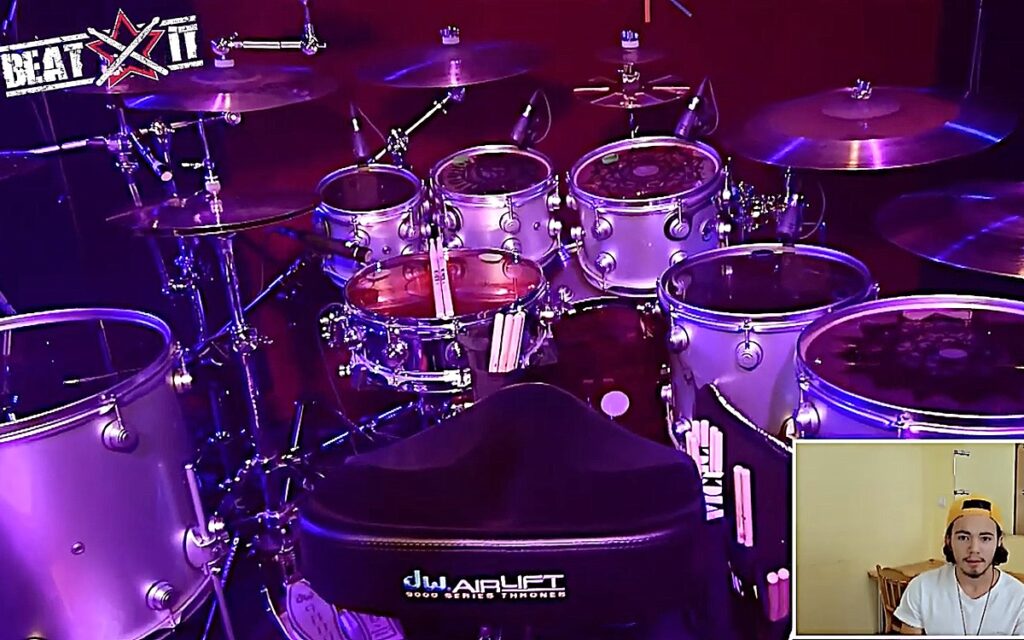 Hi! Igor Falecki here. Come take a tour of my drum kit with me!

The heads are Remo, of course. The special thing is that on most toms and one of the snares I’ve put those custom skins by Arik Improta. Amazing graphics that look really cool. I’ve mixed those with Remo Colortone Smoke heads on some of the toms and Colortone Red on the other snare and the kick.

As far as my Sabian cymbals, I use a lot of stack in different combinations, for example an O-Zone Crash on top and a Holy China underneath or some holey splashes. I’ve got two rides. A Sabian HH and a 22” Omni. That’s one of my favorite rides – powerful, with a bell that cuts through. The hats are Sabian Artisan.

The sticks are Vic Firth 5As with my signature on them. I also use Cympads in this camouflage color. There’s also the Lime Ears IEMs.

My hardware is DW, of course. Mostly DW 9000. I’ve built all kinds of trees and branches. Really cool.

That’s basically it as far as my gear goes. Thanks a lot!