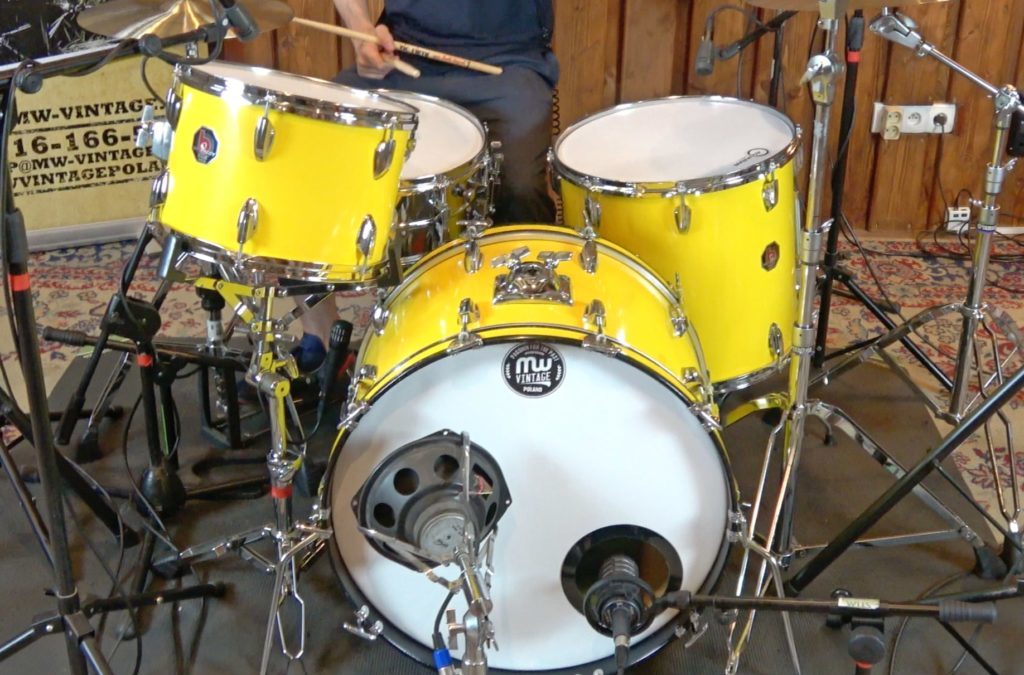 It was late spring when we locked ourselves away at Perlazza Studio (based in Poznań, Poland), where we tested quite a number of vintage drum kits and snares provided by Mateusz Wysocki and his MW-Vintage company, which (as the name suggests) specializes in vintage drums. We performed the test under the sonic supervision of musician, award-winning producer, studio owner and, most of all, a drum maniac, Przemysław Wejmann. To be more exact, it was drummer Max Psuja, who tested all the gear while the beatit.tv team recorded the video and the sound engineer/producer took care of the sonic side of things. 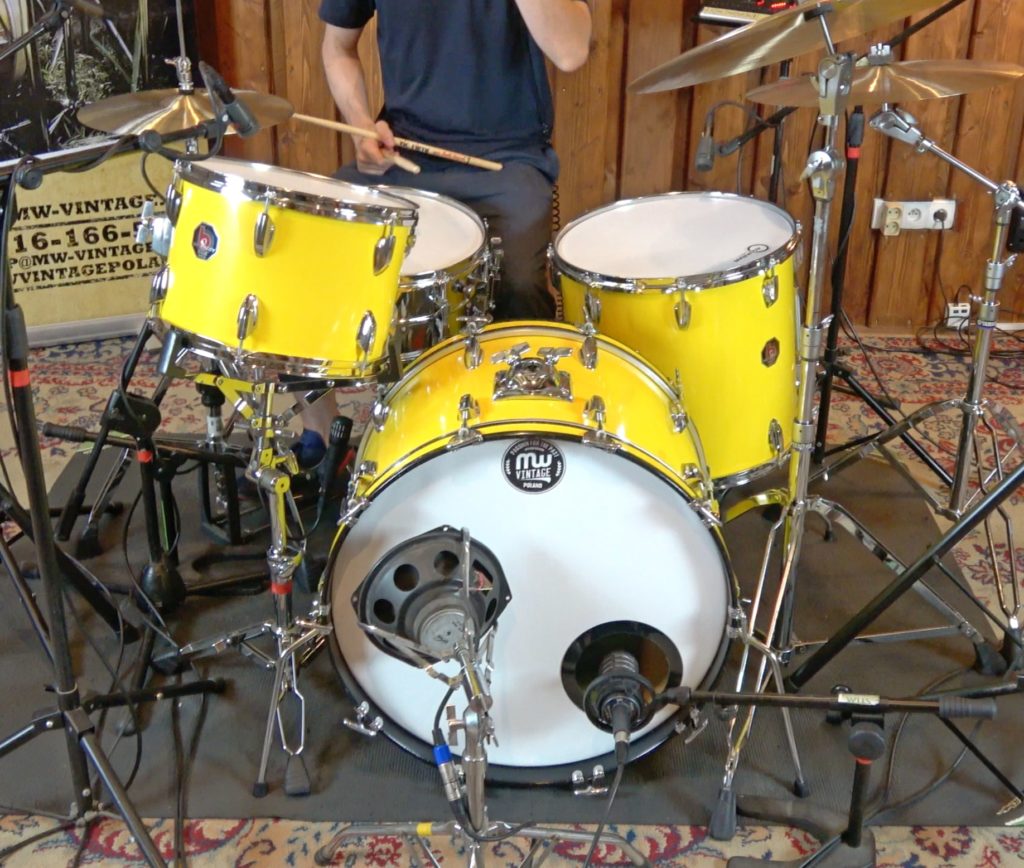 We are testing a 70s Beverley drum kit

Beverley was an English brand owned by Deans & Son, which was a company established in 1905 specializing in metal fabrication, including music stands. In the 1950s, the owner sold the business to the founder and chairman of Premier, Albert Della-Porta. For this reason, Beverley drum kits with Premier shells were nothing unusual, adn that’s exactly what we are dealing with in this case. According to Mateusz Wysocki, the kit was made in the late 1970s in England. The shells are made from birch and are fitted with solid type beech reinforcement rings. The finish is Spanish Gold – a very rare colour, probably a custom order. 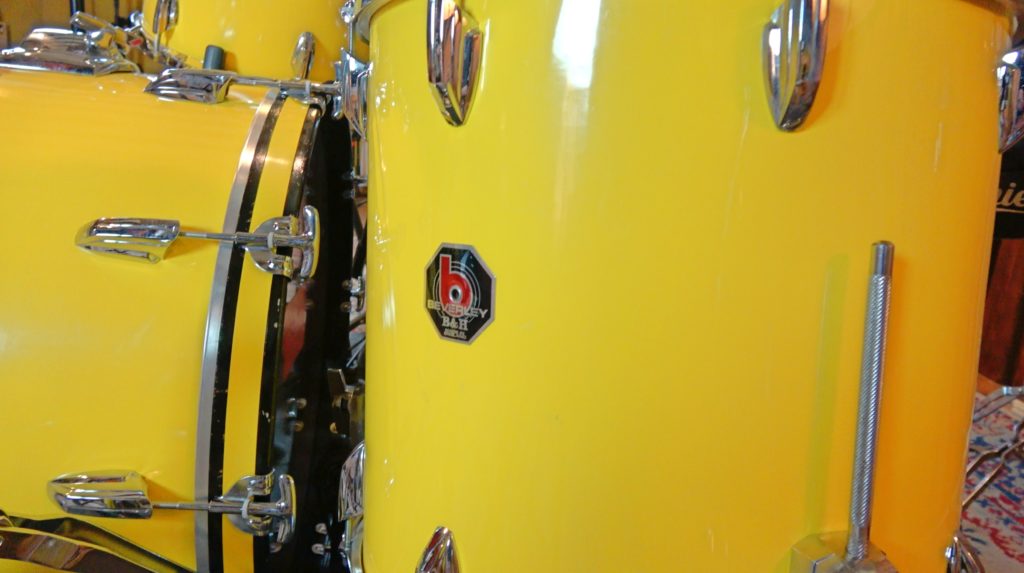 When testing the Beverley drum kit, we also used a Sonor Phonic D-506 snare, Impression cymbals and Aquarian heads (Response 2 Coated on the toms, Texture Coated on the snare and Super Kick I Coated on the bass drum).

Max first presented the sound of the kick drums and each of the toms produced by single strokes at different levels of dynamics to finish off with a rhythm figure using all the kit elements as well as performing a groove.

This Beverley kit sounds classically 70s, quite fat as far as the toms are concerned, which are also warm, and display a lot of punch as well as attack. The kick drum (considering its size) sounds surprisingly “meaty”, with quite a lot of low end and warmth at the same time. Vintage drum maniacs should be more than satisfied. Also, the price is very encouraging. 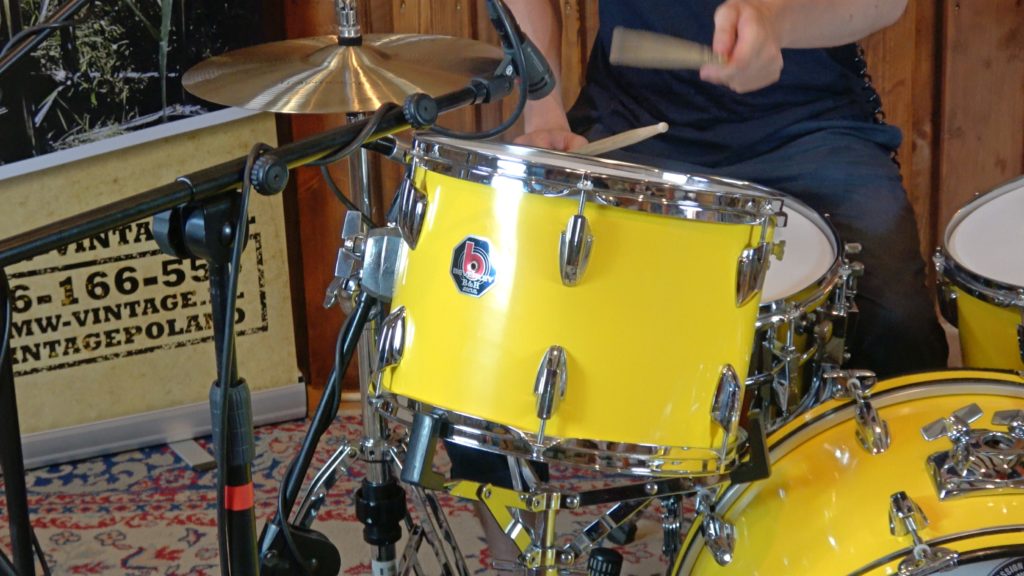 This is what Max Psuja had to say about this kit: “A very inspiring set of drums. The attack is clear and there’s a lot of low end. The drums are not as dark sounding as one might think, but I’d say it’s an advantage because they could potentially be used in many different musical settings, especially in studio. Another asset as far as studio work goes is the sustain, which is not particularly long – a characteristic appreciated by sound engineers.”

The drums are available for purchase at MW-Vinage Internet store under this link: http://mw-vintage.pl/beverley-outfit-8002-22-13-16/

Information regarding the history of the Beverley brand: http://www.vintagedrumguide.com/beverley_history.html

Drummers and Drummerettes! It’s time to put the 22″, 13″, 16″ Beverley drum kit to the most important test of all, i. e. the en.beatit.tv viewers’ test! Exclusively for you, we give you Max Psuja!