A few days ago, our HQ received a package sent by the Music Store in Poznań, Poland, containing yet another (see the previous test HERE) signature snare drum from Tama. While unpacking, the enthusiasm could not be tamed because this time we were dealing with the signature instrument of the veteran artist of the Japanese company – Simon Phillips, of which there are only a hundred pieces worldwide. We were more than eager to test it in detail, and we are sharing the test results with our viewers now. 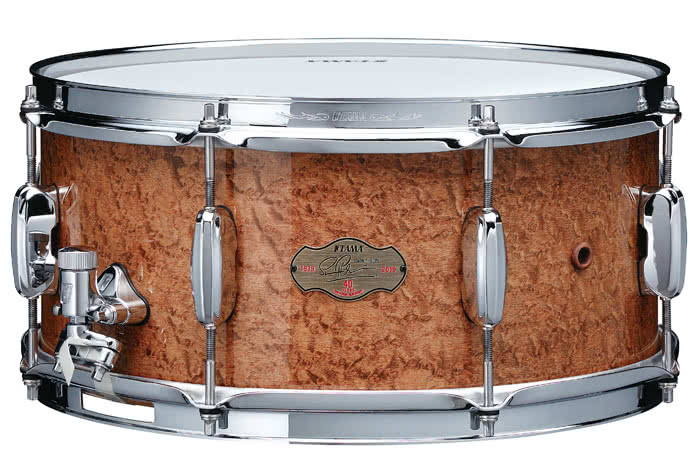 After unpacking the instrument and performing an initial inspection, we started tapping gently on the snare drum. After we had feasted our eyes and ears, we carried it to our special-task room, where it was carefully photographed and then we recorded an audio and a video.

During the test, we also used a Pearl Masters Complete drum kit and a set of Zildjian cymbals (15″ K Custom Sweet hats, an 18″ K Custom Cluster Crash 18″ and a 22″ K Ride). 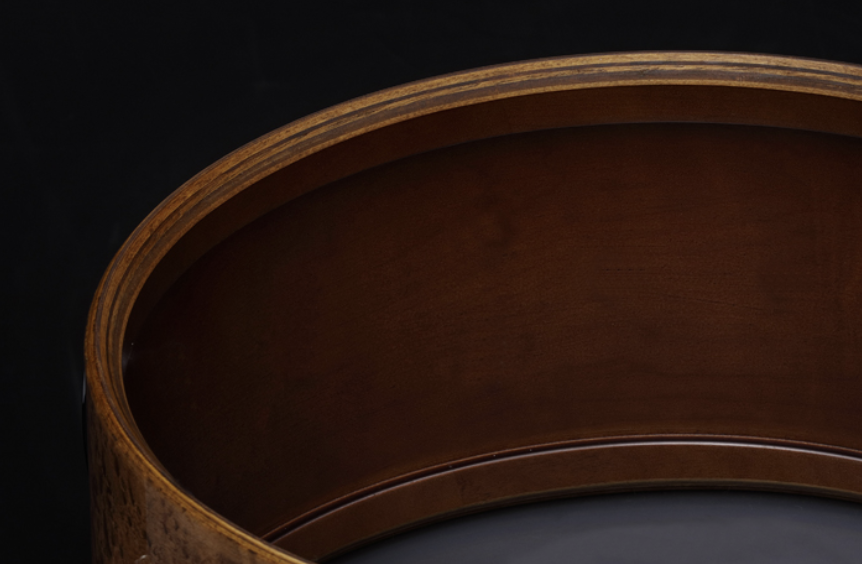 The Tama Simon Phillips Signature 40th Anniversary snare drum was released in 2019 r. to celebrate (as the name suggests) the Artist’s 40th year as a TAMA endorser. The instrument is inspired by Simon’s ‘Monarch’ Signature Snare Drum and Tama Star drum shells. It features a specially designed badge and serialized inside sticker that includes Simon’s autograph, which makes this snare drum even more exclusive. 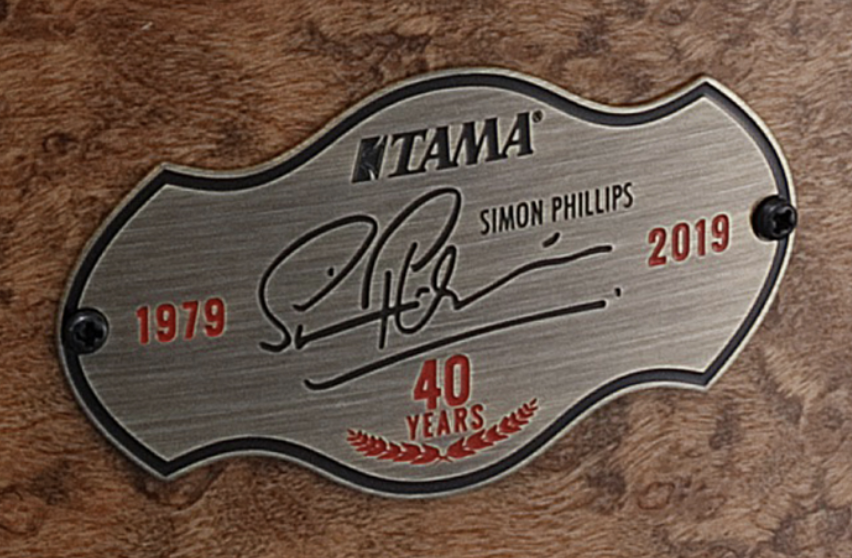 At first glance, the snare drum gives the impression of a solid construction, as in the case of the Tama company. Upon careful inspection, we noticed some impressive details, e.g. a wooden (and not metal as in most cases) vent hole grommet in the shell, which is a very nice and clever detail. Another very interesting attribute of this signature snare are flanged, brass snare drum hoops, which definitely have an impact on the sound quality of the instrument. Moreover, the Tama Simon Phillips Signature 40th Anniversary is equipped with eight lugs that hold the tension well and allow the screws to work freely. The snare strainer and the butt plate work in perfect symbiosis, allowing the snare wires to be pulled smoothly from both sides.

In terms of sound, the instrument leaves no doubt about its quality from at first contact. With the gentle taps of the fingers on the head, the snare drum was responding to the most delicate touches. During initial testing, the instrument recalled classic marching snare drums, but also symphonic ones, thanks to its specific combination of projection and very high sensitivity. Simon’s signature snare sounds quite bright, with a legible attack and a “broad” sound of the snares in each tuning. On the other hand, apart from bright and penetrating properties, the snare drum (especially when tuned lower) was also warm and “meaty” in the lower registers. Thanks to these features, it is safe to say that the Tama Simon Phillips Signature 40th Anniversary covers a very wide spectrum of sounds – its timbre is so full and rich in both low and high frequencies that you can find the sweet spot in every tuning. From our experience both with this snare drum and many others, we assume that the instrument owes its intriguing character to three factors – the first being the aforementioned special snare drum hoops that support an open and quite bright projection. The second factor is the fact that the snare drum has eight lugs (and not ten, as is often the case with instruments from this range), which definitely have a significant impact on its resonance and full sound. The third, and probably most important, feature is a hybrid shell construction combining the universal sound of maple with a slightly lower and warmer-sounding walnut. These two types of wood, as you can see and hear, make a very good mixture of timbers, ultimately making up a rich-sounding and very flexible instrument. 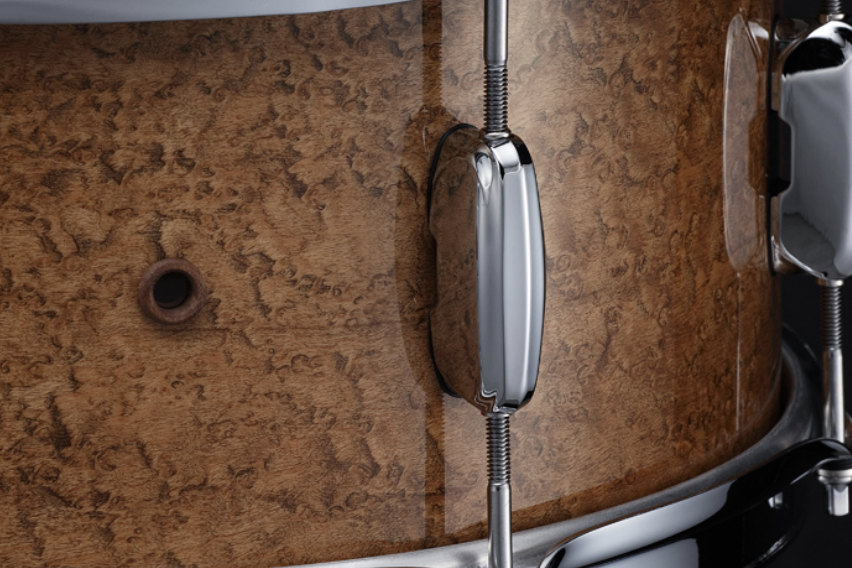 Drummers and Drummerettes! It’s time to put the 14″ x 6.5″ Tama Simon Phillips Signature 40th Anniversary snare drum to the most important test of all, i. e. the en.beatit.tv viewers’ test! Exclusively for you, we give you Max Psuja!