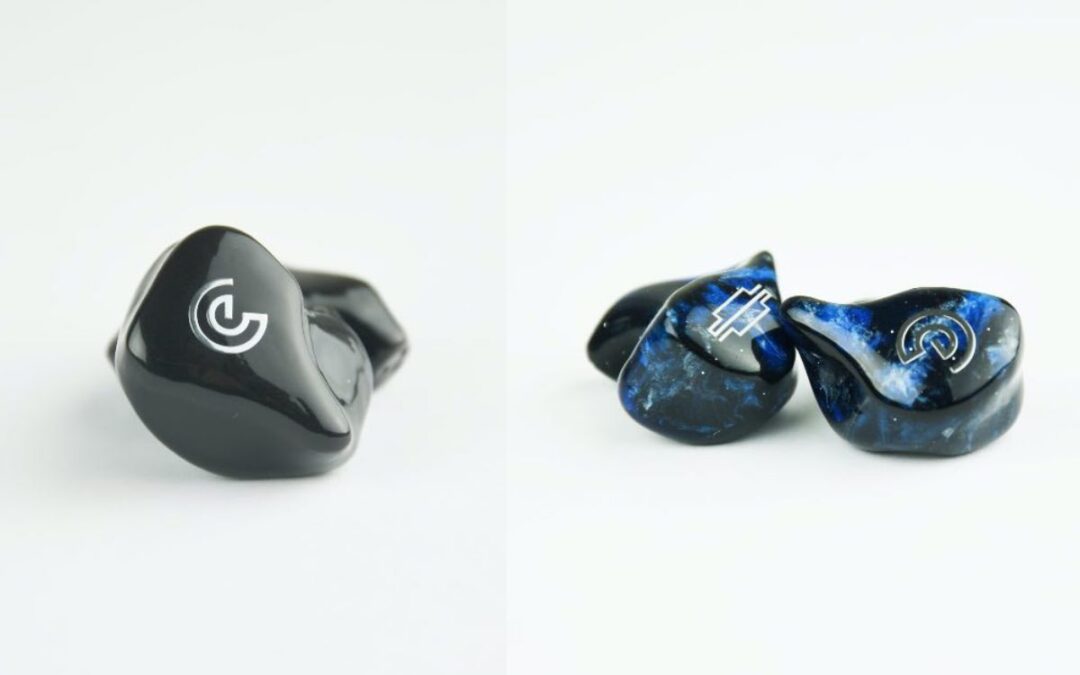 Choosing equipment that gives you the opportunity to comfortably listen back to your own music is not an easy task. The competition on the world market is enormous, with the availability of universal in-ear headphones from known brands (such as Shure, Sennheiser) as well as those bearing the logos of famous music companies (Zildjian, Fender), and at prices ranging from a hundred Euros up to a thousand or even more. The risk of making the wrong product choice in this case, of course, exists, but it is always possible to check such equipment before making the purchase, so there is practically no fear. Option number two is drivers built into the user’s auricle impression. This is a custom thing, not for use by anyone else, which makes the matter much more serious – the manufacturer cannot afford to make unsatisfying equipment, not only for marketing and PR reasons, but also financially, while the buyer expects a device that guarantees excellent sound, reliability and comfort of use. After all, the amount invested is no longer the proverbial “peanuts”. In addition, market competition in this field is as fierce as in the case of headphones and a musician willing to make this kind of purchase often does not know which producer to choose, usually relying on the recommendations of friends. For this reason, the time has come for us to test this kind of device, thanks to which we may at least partially help our viewers make this type of choice.

As our NEWS department has already informed, the in-ear monitor market has become richer in yet another serious player – a company called Craft Ears. That is exactly the manufacturer we have decided to take under our microscope. 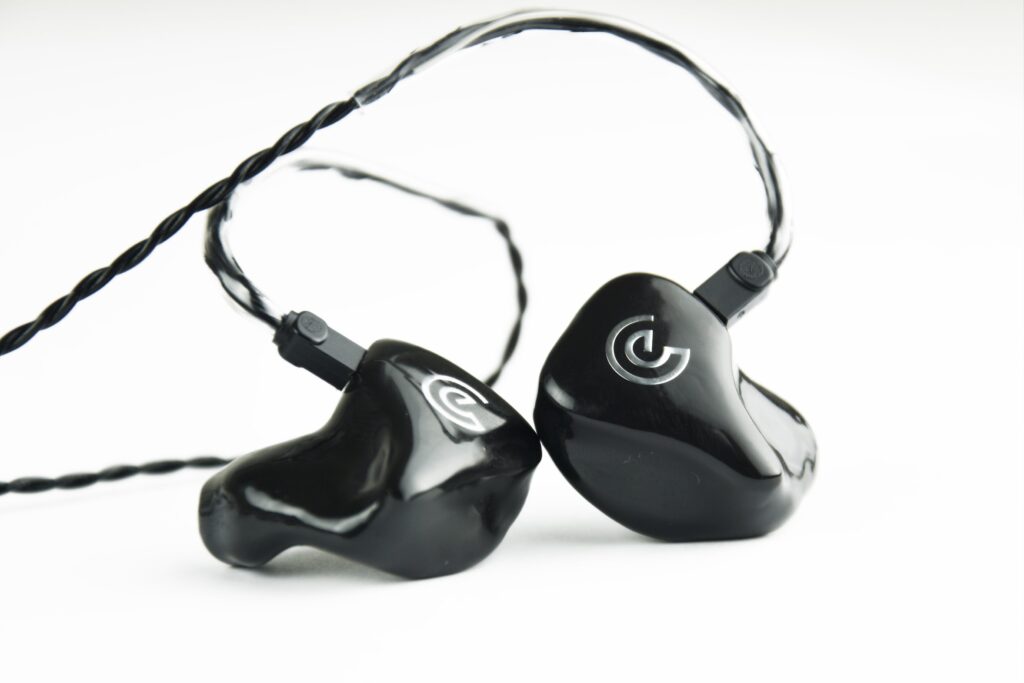 Our Craft Ears Craft FOUR IEMs were tested by two of our team-members, and drummers at the same time, in studio conditions (when recording and mixing), on stage and in a rehearsal space (during rehearsals and live shows of a five-piece rock band and a 50-piece orchestra) as well as at home (listening to music for pleasure).

The impressions made of acrylic are available in practically unlimited color variants. Our editor-in-chief, Viking, just went for black, but newsroom manager, Mateusz “Paprotnik” Paprota, was a bit more adventurous deciding on a blend of black and numerous shades of blue, which the manufacturer describes as Galaxy Blue. The visual effect is truly “cosmic-galactic” and really interesting. The headphones are packed in hardcases, which (as is generally the case with in-ear monitors) are decorated with a plate bearing the name of the owner, the creator’s logo and autograph, as well as a serial number. Also, we would like to draw your attention to the very compact size of these boxes, because much larger ones are also available on the market. On the other hand, you can pack a few extra things into the larger one (an adapter for a large jack), so it’s a matter of personal preference.

The impressions themselves are comfortable, there is no pressure at the exit of the auditory canal and one can use them for several hours in a row without having to adjust their position from time to time (after all, this is what this type of device is all about).

The acoustic sensation associated with noise isolation is very positive, however, it turned out that the individual structure of the auricle and the inlet of the auditory canal allowed Viking to leave the impressions slightly (and we mean: veeeeery slightly) loose in his auricles, play the drums in a rehearsal room to a click track without microphones and he was able to hear everything that was being played. In Mateusz’s case, the impressions immediately fell into the auditory canal isolating him from the surroundings. Naturally, all the capabilities of Craft Ears custom in-ear monitors are revealed when connected to the mixer and hearing the mix of the entire band or orchestra, whether live or in the studio.

Mateusz tested his pair during a concert tour with CoOperate Orchestra, where he was performing as a member of a 50-piece symphonic orchestra and, during some performances, also gentlemen with heavily distorted guitars. The repertoire was music from games such as “Doom“, “God of War” or “The Witcher“. It should be noted that the first contact with impressions is always something completely new for a musician, so during the first soundcheck at the Spodek hall in Katowice, Poland (11-thousand seater), Mateusz needed some time to set up comfortable playing conditions for himself. Earlier, he had been using commercial in-ear headphones from a reputable manufacturer, which perfectly isolated him from his bandmates and were used for the click track. Mateusz had never felt the need to have a perfectly configured custom in-ear monitoring system, because he had been able to hear a lot from the stage. Seated on a big stage, behind a perspex drum screen, where the guitarists are 10 meters away, there is no way a drummer could play only with a click track on his or her headphones. A musician must have a well-adjusted mix of the entire band. This is where we get to the point. Craft Ears monitors offer a sound that gives you full comfort of playing when isolated from the environment. According to Mateusz’s report, the high frequencies (guitars, keyboards, cymbals) are nice to the ear, the bassist’s articulation (or lack thereof 😉 ) is perfectly audible, there is no problem with identifying individual instruments that make up the symphony orchestra, and when it comes to the drum set, all its elements were audible with appropriate dynamics, separation and selectivity. Also when playing timpani, the audibility was exemplary – pitch shifting did not cause any difficulties despite the fact that the sound reached “Paprotnik” only from the microphones. It should also be noted that there was no problem with excessive sonic information, which is sometimes the case with multi-way monitors.

It is also worth mentioning that, by playing through his or her own mixer and having CIEMs, a drummer finally has the ability to hear all the details in his or her own playing (ghost notes, weaker notes on the cymbals, toms or bass drum), making it easier is to control the dynamics. In addition, a drummer equipped with custom in-ear monitors do not have to play harder than it is actually needed because they can hear perfectly on stage. Without a doubt, a pair of Craft Ears Craft FOUR does give that comfort. 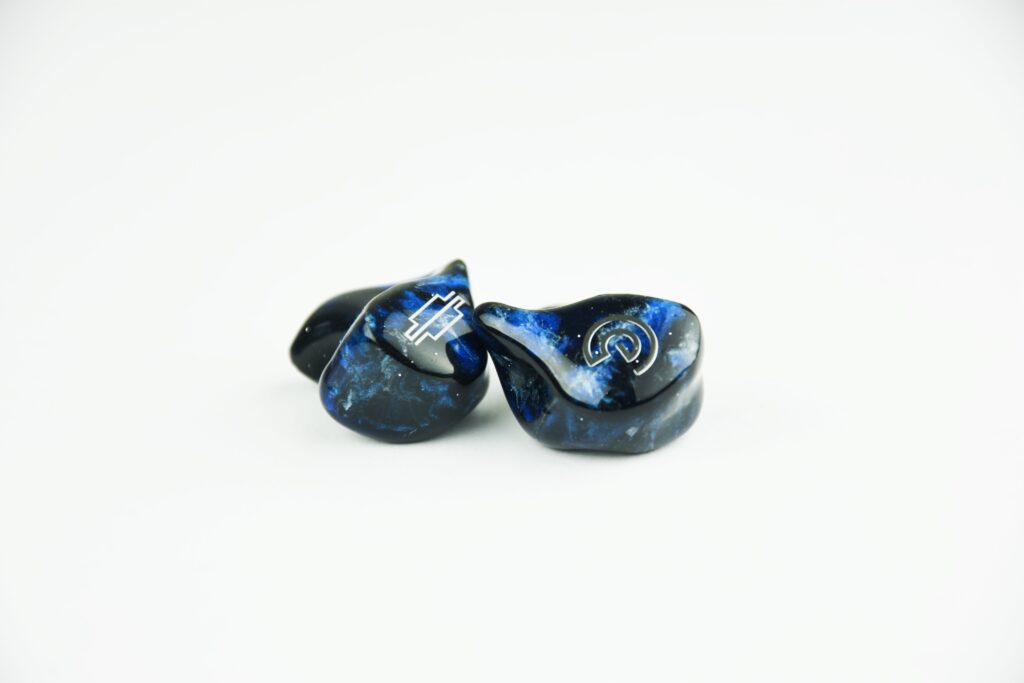 When it comes to working in the studio, Viking used his pair of IEMs while mixing the latest, yet to be released, album by his band Heavywieght. Separation and selectivity, which drew Mateusz’s attention while playing on large stages, only became more apparent when working in the studio – each of the instruments (or lack thereof) was clearly heard in the mix. The same applies to their proportions. In addition, the monitors also allowed to easily capture the characteristics of each track – they mercilessly exposed the flaws in the high range (e.g. wheezing and rustling in the vocals) and the excessive low end (e.g. in the bass drum). The dynamics, when listening back to different versions of the mix, also deserves superlatives – it was immediately clear whether the bass drum or the snare lacked in dynamics, or whether it was exaggerated. Of course, the same can be said about vocals and other instruments. All the remarks that Viking had at the mixing stage based on his in-ear monitors were confirmed on other equipment (sometimes studio speaker monitors, sometimes home stereo, sometimes car stereo, sometimes on the phone), and some of them would not have been spotted without their help. This demonstrates the versatility of Jędrzej Nowicki’s product.

We did not deny ourselves the pleasure of testing Craft Ears Craft FOUR monitors also in home conditions. To this end, Viking played back several albums, which he knows very well from vinyl, tape, CD and files available at well-known streaming platforms. In this case, such features as: great separation (individual instruments can be heard much clearer than in ordinary headphones), band selectivity (high frequencies do not irritate the ear, and even appear “repaired”, the bass is round, the sub bass is clearly audible and does not burst the ears, medium range tones are warm), wide pan (the impression of widened pan is present even in recordings from the 60s and 70s). Generally, it can be said that the albums “Time Honoured Ghosts” by Barclay James Harvest (the 70s), “Brothers in Arms” by Dire Straits (the 80s), “Vulgar Display of Power” by Pantera (the early 90s) and The Power Station’s “Living in Fear” (the late 90s) displayed a completely different sonic side when listened to on these monitors. On each of the albums, one could hear elements of the arrangement that could not be heard on ordinary commercial equipment. This is a very big plus! 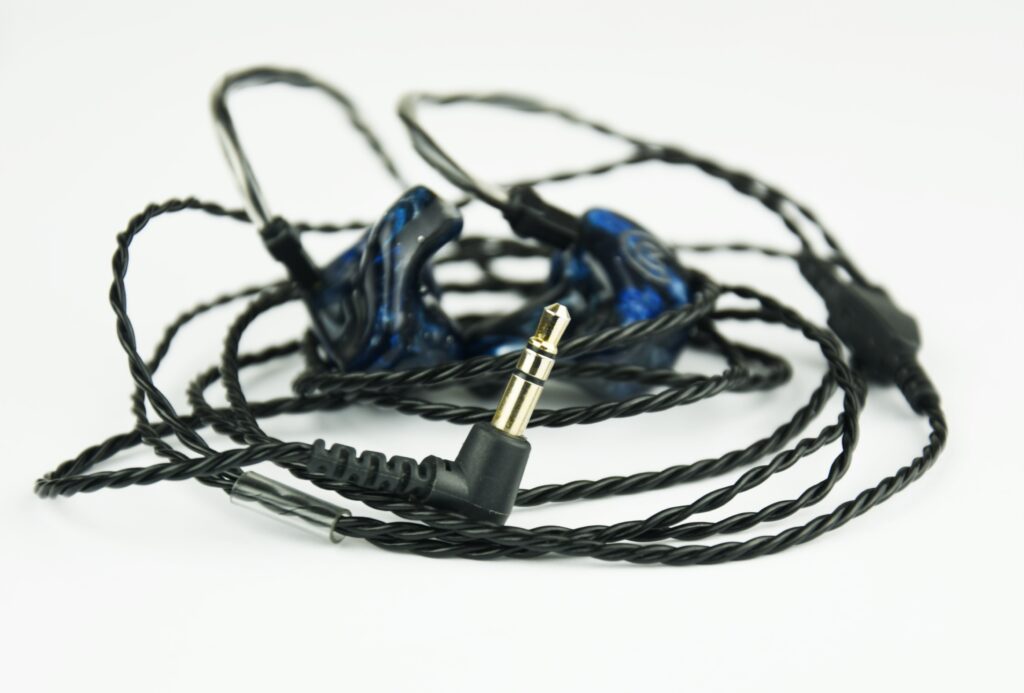 Craft Ears Craft FOUR custom in-ear monitors guarantee listening comfort both in concert and studio conditions, but also at home, for sheer pleasure. This is ensured both by the good matching of the impressions and the quality of the sonic “picture”. Our co-tester, Mateusz Paprota, summarized his experience as follows:

“I know Viking was able to play rehearsals, only having the metronome feed. Good for him. For me, Craft Ears have brought about the end of playing rehearsals, soundchecks and concerts to a click track without additional cables, microphones and mixers. On the other hand, the sound is incomparably better, because I’ve never had such universal sounding headphones. Additionally, having my impressions, I can turn down the volume, so there is also an aspect of hearing protection. I’m not going back to the way it was before.”

The other co-tester, Viking, put it in the following fashion:

“To me, these in-ears are really versatile. I can use them in my rehearsal space just to play along to a click track with no mics on the drums, I’ve never had such a good sound onstage, I’ve got all the comfort I need when recording or mixing in the studio, and I get the sheer pleasure of kicking back at home and listening to my favourite albums. What more can you want?”