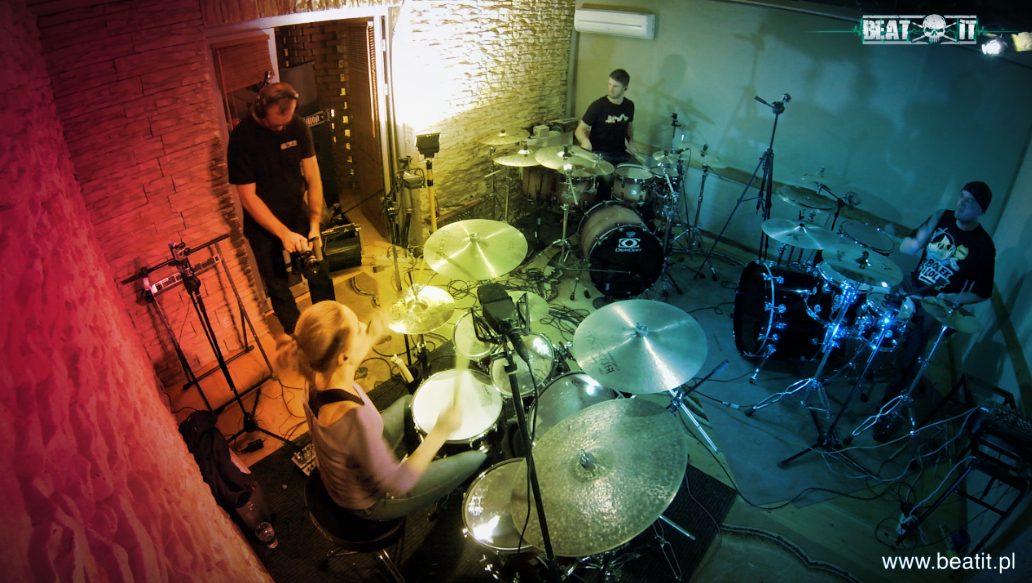 Agnieszka Matuszczak appeared at our headquarters as the first woman ever to take part in a drum battle against BeatIt. While setting up her PDP Platinum kit, she already started the fight by applying a psychological trick meant to weaken the opponents, i.e. a drummer joke. See for yourselves which one it was. By the way, we were wondering if it also applies to female drummers. Dear drummers of both sexes and everything in between! Without any further ado, we present to you: in the left and right corner – the BeatIt old timers (the Chairman and Vice-Chairman will be very upset), in the center of the ring – the only woman in Poland with a B. A. in jazz and Second Runner-Up in the Hit Like A Girl 2012 international female drummers’ contest– Agnieszkaaaaa Maaatuszczaaaaak!!!!!