Between November 12 and 13, 2016, London’s renowned Olympia Hall hosted the annual English drum event of the year – the London Drum Show. Every year, it attracts drum maniacs from all over England (but not only), who go there to see world-class drummers perform, conduct workshops and showcase their gear. The 2016 edition was no exception as the line-up was more than exciting and all the other attractions were very promising. It was obvious that the beatIt.tv team just couldn’t miss it!

The main magnet to attract drum maniacs to LDS 2016 was artist bill, and what a magnet it was!

The second place which was at all attendees’ disposal was the Masterclass Room. There, sharing their knowledge with all those present were: Tom Potter (Young Drummer of the Year 2016 contest winner), Joe Clegg (Ellie Goulding), Eddy Thrower (Lower Than Atlantis) and Ian Matthews (Kasabian).

Another attraction at London Drum Show 2016 was the Education Zone, where practical tips, exercises and all manner of tricks were presented by the likes of Steve White (The Who, Oasis, Ian Dury, Jon Lord) or, again, Jason Sutter and the undisputed star of Meinl Drum Festival 2016 – the incredible Jost Nickel.

The area probably most frequently visited by drum freaks at LDS 2016 was the Exhibition Room. Dozens of drum and percussion manufacturers, cymbal makers, hardware producers (or rather their UK distributors) were within reach for the audience. Protecting one’s ears was highly recommended as it was really loud there. We have a number of video reports from some of the stands for you. You will recognize some of them instantly, others are newcomers in the market or presented new products. 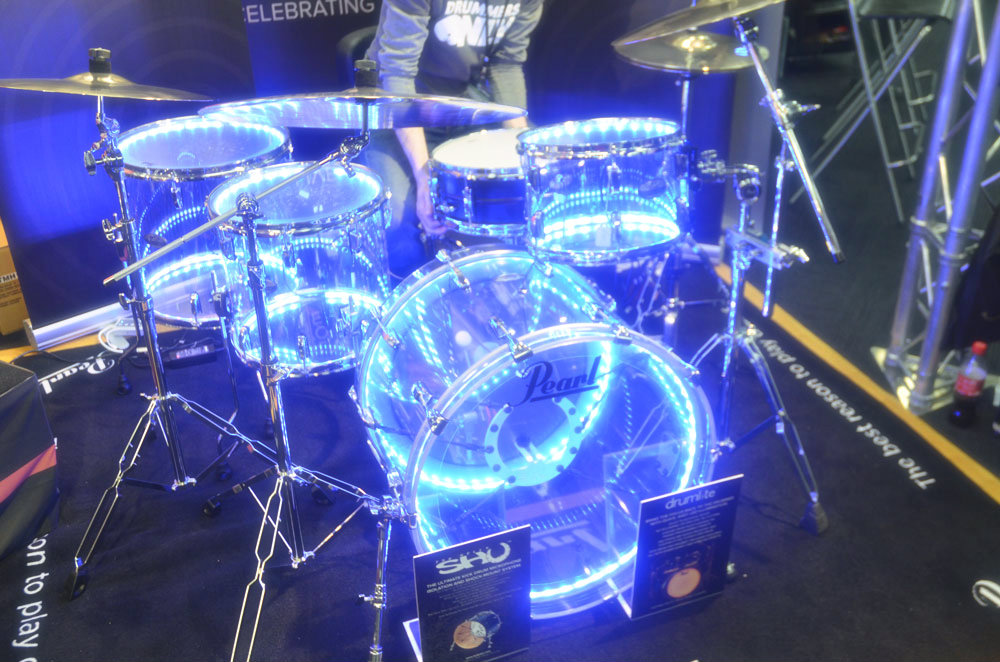 In this episode, we stop by at the stand of the legendary drum manufacturer – Pearl Drums. Quite a number of new products were on display there, e.g. the Eliminator pedal, which is one of the company’s flag products, this time in the updated version called Red Line. We also saw kits such as: the Midtown, Decade Maple, Masterworks with Reference Pure shells, Session and Crystal Beat. As if that wasn’t enough, there were snare drums, including the Hybryd Exotic VectorCast or the SensiTone Beaded Brass, as well as the very interesting and new last year C150 series hardware. Enjoy the clip!