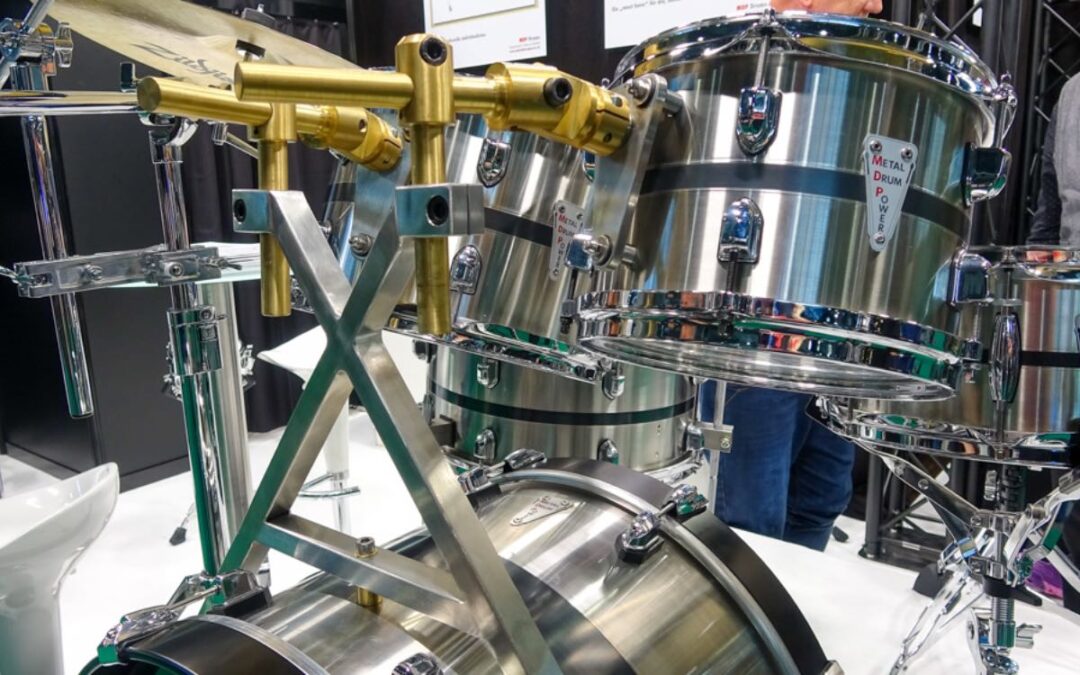 The Germans from Metal Drum Power were a very interesting exhibitor. The company manufactures drums from stainless steel. We had the opportunity to check out three of the kits they exhibited at Musicpark and we were quite impressed. Take a listen for yourselves…

“We are a company called Metal Drum Power from Germany, an area called Sauerland. These are metal drum kits made of stainless steel. The shell thickness is 6 mm. They sound really fat and amazing. The snare drum sounds really clear, with a lot of snare response. Very smooth, clear and loud.“