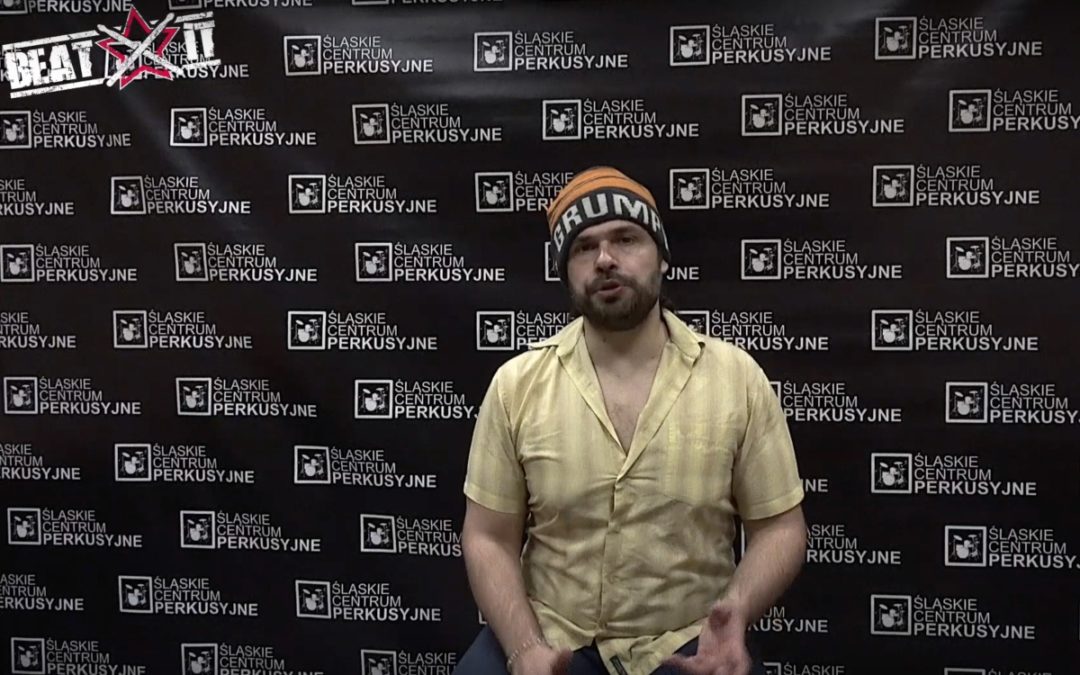 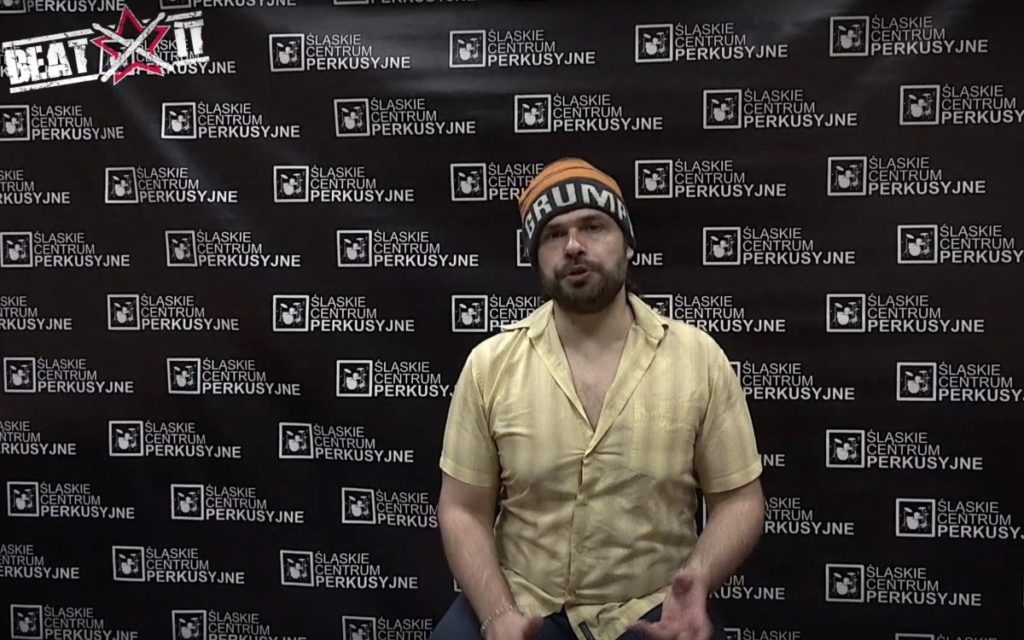 You have already seen an interview with Wojtek Deręgowski (HERE) and the Austrian extreme metal specialist Kerim “Krimh” Lechner (HERE). Now, it is time for Josh Dion. Let’s see what he’s up to…

BeatIt: We’re catching up with you at the Śląski Festival Perkusyjny, which is a drum festival in Chorzów, Poland. The first thing I’d like to talk about is your performance at the festival. What was the basic premise you came here with? What did you want to convey to the audience?

Josh Dion: First off, it’s a set that we play live. We’re on a world tour and we did half the set to just hit it hard and then open up for discussion and questions. We did what we usually do but I played more drum solos because we’re at a drum festival. We might have been a bit more experimental just ’cause we had more time to just do stuff. I love interacting with people.

Josh Dion: It could have been half and half but it was feeling good. Once we started to feel like the audience has had a full meal, it was time to chill and talk a little bit.

BeatIt: What was your favorite question?

Josh Dion: About the dealer… [having witnessed Josh’s performance, a member of the audience asked him for his dealer’s number] Whom we still haven’t found. You get a lot of the same questions. People want to know how I came up with this playing style and stuff. It’s cool. It hasn’t gotten old yet. I mean talking to people about music and stuff. We like it.

BeatIt: Let’s get it straight for our viewers. You started off as a drummer.

Josh Dion: I am a drummer. Just straight up.

BeatIt: You’ve done lots of session work for other people.

Josh Dion: Yeah, and I still do. I’m very proud to be a New York musician. I’ve played with some of my favorite musicians: Jim Campilongo, Chris Morrisey, Wayne Krantz, Esperanza Spalding, The Weight Band. All kind of different people in the New York area. But Paris Monster is my band with Jeff Kraly. That’s my focus right now but I’m still a drummer and I do session work as a singer and at the occasional bar gig I play keyboards.

BeatIt: Do you still play with just the right hand when you play the keyboard?

Josh Dion: It’s pretty terrible. I try my best. I comp with my left hand. I’m really influenced by people like George Duke, Bernie Worrell, Greg Philliganes. If I could ever play like Horace Silver, where it’s a kind of an interesting approach with less chops… I can’t play like most of those people but I’m hearing it. In music, you do what you can with what you have. Sometimes I’m able to make music on the keyboard and it’s great. It’s fun!

Josh Dion: We have a new record called ”Lamplight”, which will be available online in the next few months. We have a video coming up with a song called ”Andalusia”, which is on the album. We’re touring constantly, we’re in Europe right now, we’re gonna be in the US. We’ve got some nice opening gigs. It’s looking like a hardy schedule up until next April so it’s really good.