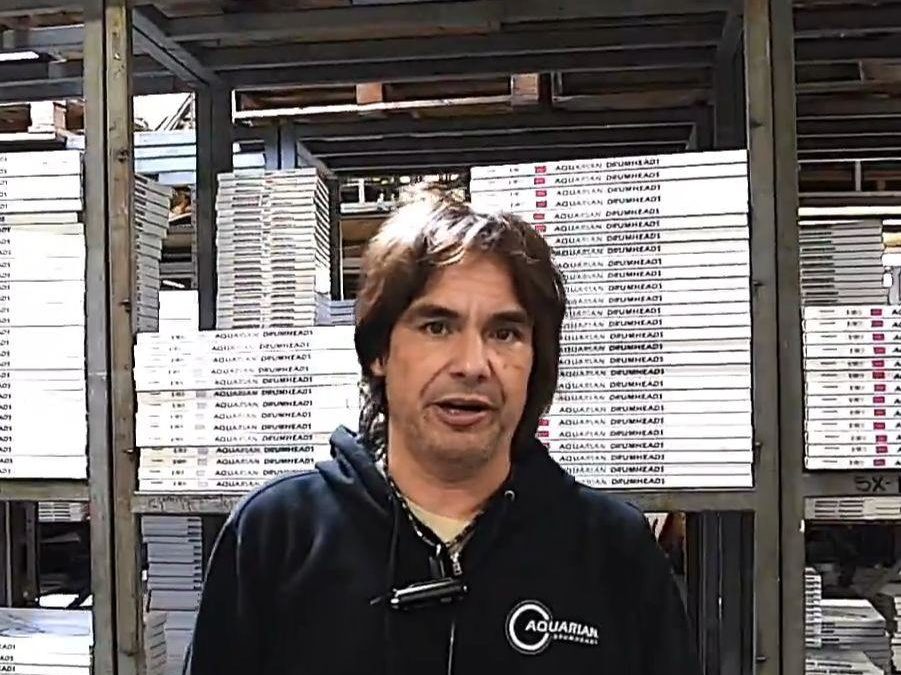 We would think just about every Drummer and Drummerette knows the Aquarian brand. After all, it is one of the three biggest contenders in the global drumheads market, and every drummer must have, at some point, come across a drum kit or a snare drum equipped with their heads. It was only natural for beatit.tv to combine our presence at NAMM Show in Anaheim, CA, with a visit to…Anaheim, CA, as this factory is located only a 10-minute drive away from the hotel we stayed at. We were very keen to experience everything that goes on there with our own senses… Our host and guide on this tour was Aquarian’s National Sales Manager, Jamie Harris. 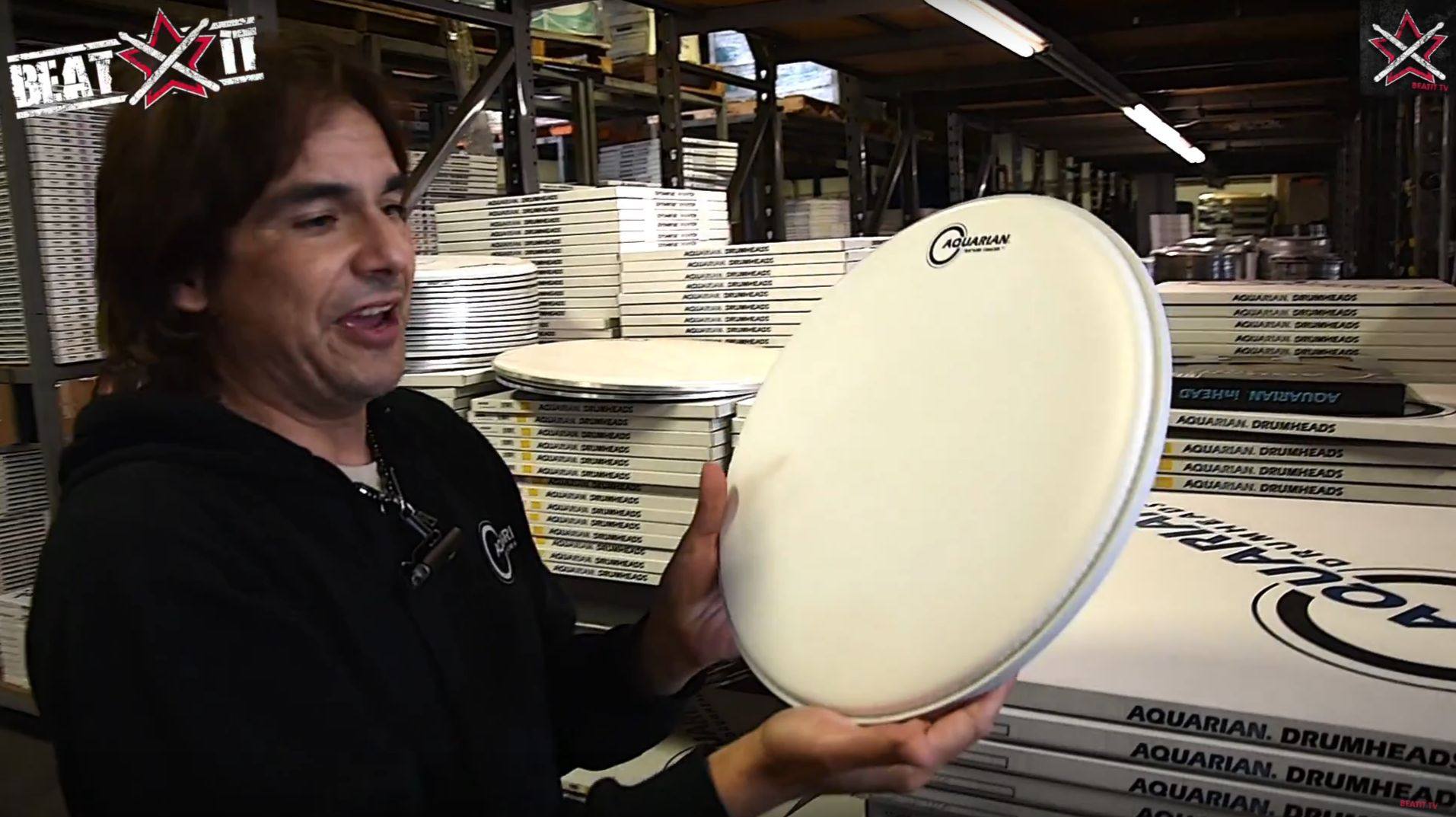 Aquarian have two factories in California and this is a tour of the one located in Anaheim. The facility is used as a warehouse for drum heads and merch, a shipping center and it houses the bookkeeping department. There, Aquarian also store the drum gear necessary for events such as NAMM, Musikmesse, etc. Another activity which takes place at Anaheim is preparing custom heads for Aquarian artists and dealers plus putting on inside and outside dots, dampening rings, tape, stamps, doing OEM for drum companies (Craviotto, Trick Drums, Solo, TJS), making silkscreen heads, as well as electronic heads (made for Alternate Mode – the manufacturer of KAT instruments), etc. The rubber used for the latter drum heads is the same as in the Super-Pad. Spray painting happens at the other factory (Aquarian offer four different kinds of coating).

Roy Burns and Ron Marquez are Aquarian owners. Jamie says it’s a great place to work because there isn’t a person there who hasn’t worked at Aquarian shorter than 20 years, and it’s a family. Also, everybody there is a drummer. “I’m a drummer [says Harris], the Artist Relations guys are drummers. I still play drums. I’m gonna go home today and I’m gonna play. We’re all drummers here!”

Aquarian don’t outsource anything as far as the production process is concerned. Customized orders are made at Anaheim. An Aquarian Texture Coated (Remo Ambassador’s counterpart) may be fitted with a Studio X tape, or a dot, which will change head model. The company also offers heads with a coated dot.

A lot of people don’t realize that Aquarian don’t only manufacture drum heads. The company also makes black graphite drum sticks, which are very durable and virtually impossible to be broken while playing drums. Those sticks also come with grips, which helps drummers with a carpal tunnel problem or tendonitis. A pair of those is added to Aquarian practice pads.

Other Aquarian products include: the Studio Ring (head muffler), the Cymbal Spring (a spring placed on the cymbal stand tilter), and Drum Kit Tools, which include: reusable dots to strengthen or fatten a head, T-Tabs (small reusable plastic patches to put centrally on the drum head and modify the sound with), the DuraDOT reusable patch (fattens the sound of a snare drum head), the Kick Patch (helps to continue playing when stuck to a ripped kick drum head).

Join Jamie Harris and en.beatit.tv on a tour of the Aquarian factory in Anaheim, CA!