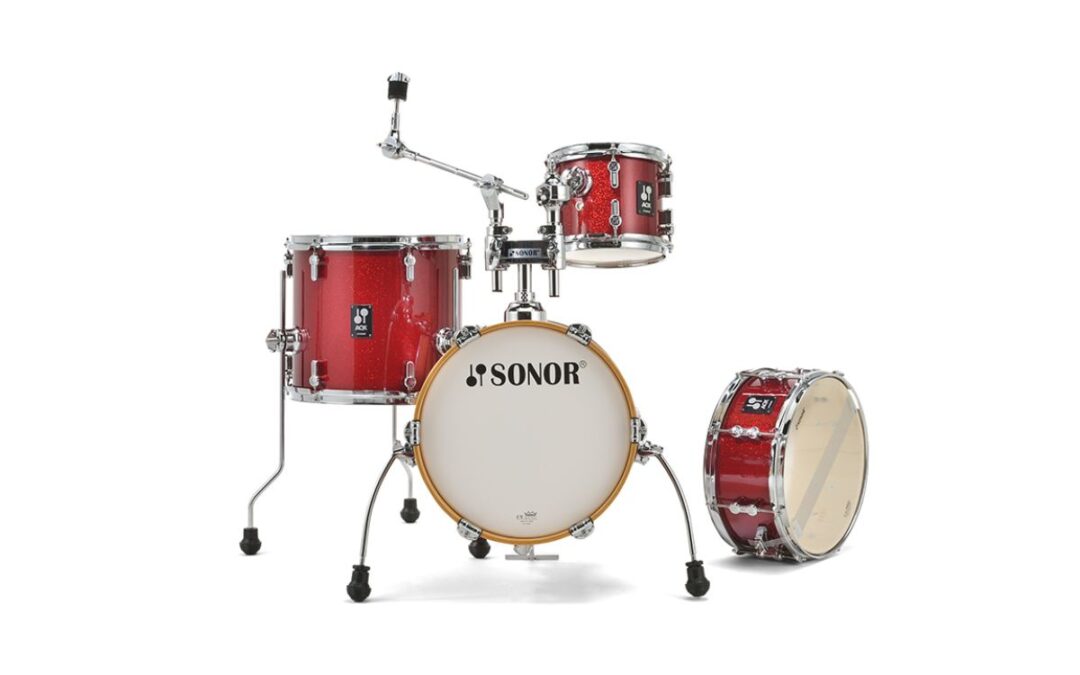 Recently, we have been sent a sizeable parcel from the official Sonor distributor in our country, the Musik Meyer company, containing a Sonor AQX Micro drum kit. Already when unboxing and tuning the kit, it was clear we were in for quite a treat. 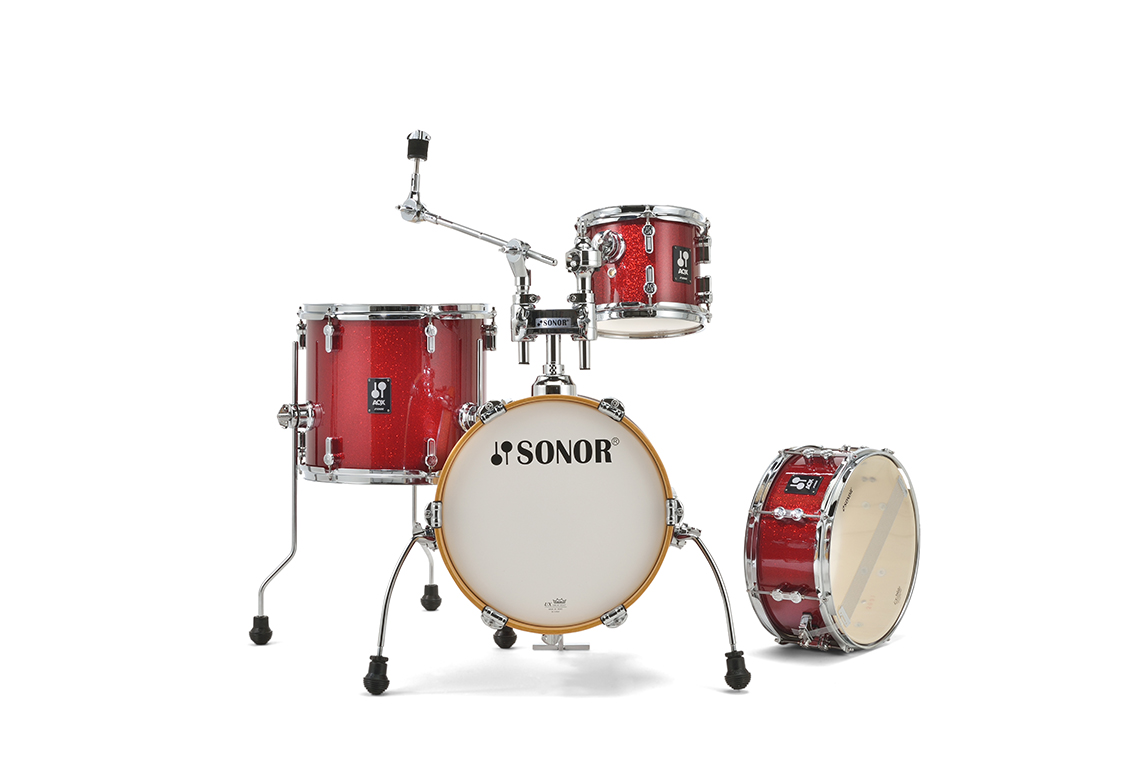 We conducted the test in our own recording room. The set consists of a rack tom, a floor tom, a snare drum and a bass drum, all fitted with the Remo Pinstripe UT heads (made in Taiwan). During the test, we also used a set of Zildjian cymbals from the Planet Z budget series. In the case of compact sets from the AQX series, a complete set of hardware is not included.

To kick off the test, Max presented the sound of the bass drum, then he played each of the toms and the snare drum separately, all at different levels of dynamics. He finished by playing a few rhythms using the entire kit. 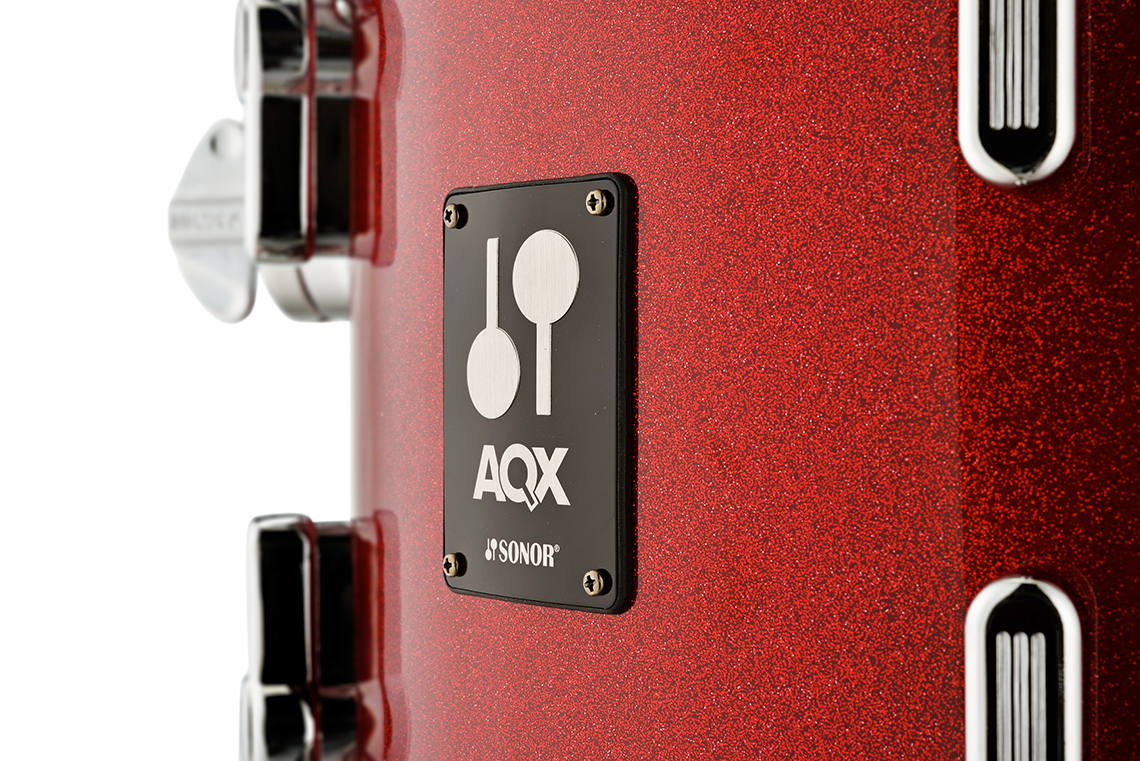 The set presented itself very gracefully already at first glance. Attention to detail is noticeable, and the finish looks very nice – the glitter is subtle and fits beautifully with the red shade of the veneer. Aesthetic badges bearing the company’s logo and model name are a very nice accent. A great addition is the tom holder with an additional cymbal arm, thanks to which we can save on the otherwise necessary purchase of another stand. The drum kit also comes with a bass drum riser, allowing the pedal to hit the very center of such a small drum. The overall design of the set, as is usually the case with Sonor, is very consistent and well thought out. Moving on to “handling” the drums – tuning the toms, even with the factory heads, was not a problem, and the snare strainer worked flawlessly. 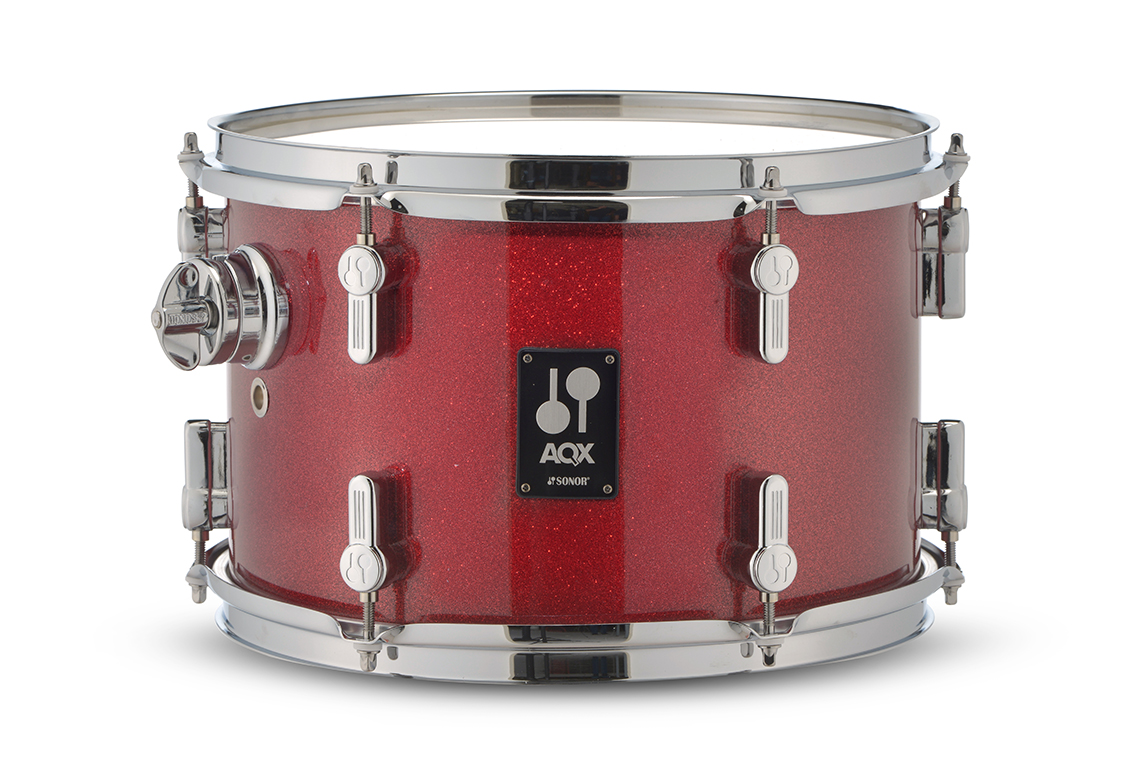 The sound of the set can be described as bright, modern, with a clear attack. We have tuned the rack tom and the floor tom in such a way that displays the widest range possible (we think): from the 8-inch tom tuned relatively high to the floor tom tuned low. It quickly turned out that the drums perform well in all registers and are very responsive to tuning changes. The same with the snare drum, which also did not cause any problems while playing and tuning. It sounded full, bright and with sharp but non-overwhelming attack, which also encouraged playing rimshots to fully experience its character. The sound of the 14-inch bass drum turned out to be surprisingly full for its small size. It is worth noting that the previous incarnation of this set (previously called Martini) came with a bass drum and a floor tom which were an inch shallower. This certainly contributed to the slightly “larger” sound of the Micro compared to its predecessor. To sum up, the AQX Micro is a great, inspiring instrument that can be used by both professionals and amateurs. It may not be a set that will work in every musical situation, but it will certainly be perfect for intimate, acoustic conditions, Jazz, Latin, Hip-hop or electronic music. Additional advantages are, of course, its compactness and reasonable price. 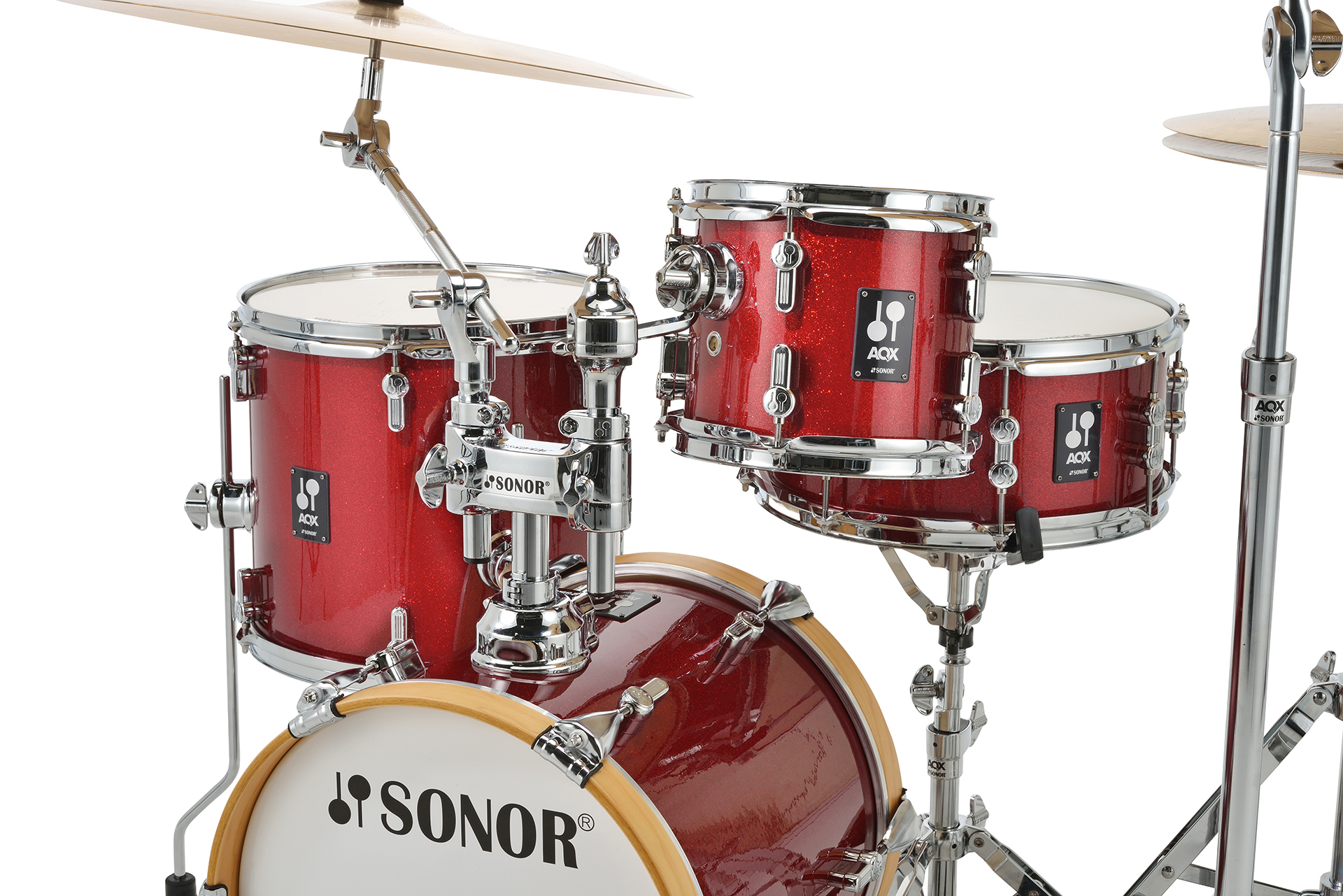 Drummers and Drummerettes! It’s time to put the Sonor AQX Micro drum kit to the most important test of all, i. e. the en.beatit.tv viewers’ test! Exclusively for you, we give you Max Psuja!