Rating by BeatIt: 10 most underrated drummers in Poland 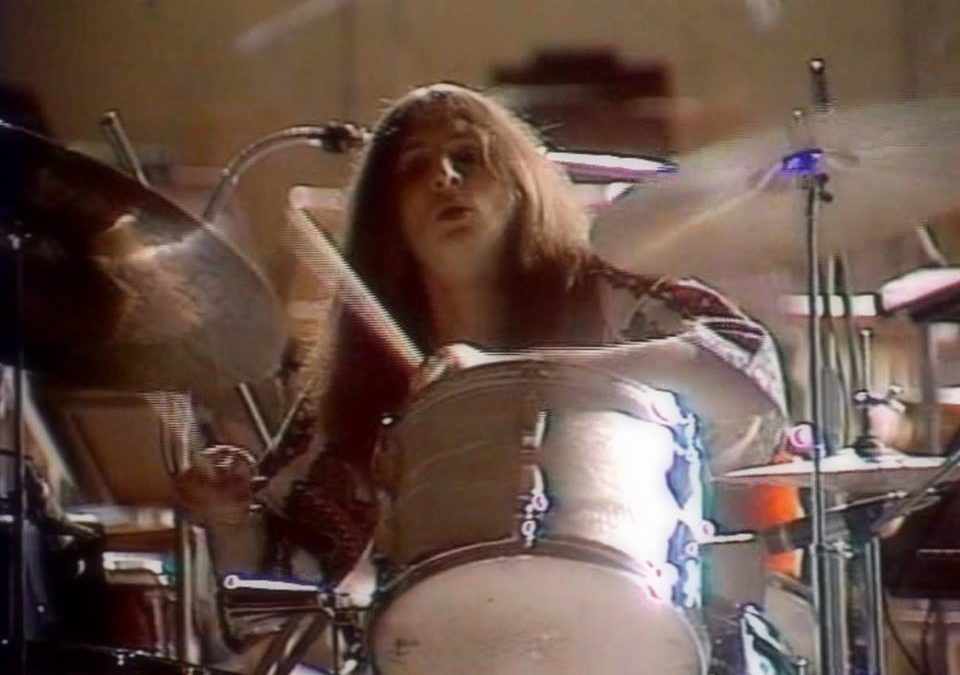 Being a drummer is not the easiest profession one can think of. Everybody knows the most attention amongst fans focuses on singers and guitarists while drummers usually have to set up at the back of the stage and are barely visible behind their kits. Obviously, there are some star drummers but – let’s face it – they just do not attract most of the audiences’ attention although their job requires finesse and the ability to drive a song and get the audience going. Thus, by definition, this profession is for those who do not expect to be widely loved, appreciated and adulated.

There are also those drummers who have proven their value as great musicians, have been appreciated by their colleagues, have played with the best groups and the biggest stars, nevertheless, the average audience member (often even the not-so-average-drum freak) doesn’t know their names even though he or she has heard those classic grooves and fills countless times. As if that were not enough, imagine being a drummer and enduring all those hardships in a communist-governed country in the 1960s, 70s and 80s. Those are the drummers we would like you to read about and listen to (there’s a lot more stuff on YouTube) in this article. As always, the list is strictly a subjective one…

The drummer featured on the 1973 debut album by the band Nurt (Polskie Nagrania). Hard rock blended with prog and jazz rock with excellently executed drum parts. All the other instrumentalists have continued their careers in popular groups. The drummer has not been heard from since.

Also known as Alan Baster. Enjoyed his first minor successes in the early 80s with bands such as Chwila Nieuwagi and Meness. Sors came to prominence in the mid-80s with Turbo – a classic Polish heavy metal outfit (albums “Smak ciszy” and “Kawaleria Szatana“). Towards the late 80s, he was a member of one of the most popular pop acts ever in Poland – Bajm. His drumming is featured on the group’s two albums: “Nagie skały” (1988) and “Biała armia” (1990). Having parted ways with Bajm, he moved to the US.

Enjoyed his first minor successes in the 1970s with bands such as Stress and Heam. Later, he collaborated with some of the top acts on the Polish pop, rock and fusion scene, such as Halina Frąckowiak, Kombi and Turbo. His biggest successes came in the period between 1982 and 1984, when he was a member of Lombard – one of the 80s most popular rock bands in Poland. His drumming is featured on the band’s classic 1982 “Live” album, as well as two of the biggest hits in Polish rock history: “Przeżyj to sam” (1982) and “Szklana pogoda” (1983). Pahl also recorded the band’s 1984 studio album titled “Wolne od cła“. He lives in Chicago, IL.

He is the drummer featured on the legendary 1982 studio album by Brygada Kryzys – the first ever punk/new wave/reggae recording officially released in a communist country. Collaborated with another Polish punk legend Armia (the classic 80s songs “Aquirre“, “Jestem drzewo, jestem ptak“, “Jeżeli“) and bassist/singer/songwriter Lech Janerka on the 1986 album “Historia podwodna“. Rołt committed suicide in 1990, at the age of 33.

He was a part of the Polish yass (a free jazz form) scene, which was at its peak in the early 1990s. Collaborated with such groups as Miłość, Kury, Łoskot, Trupy, NRD, The Users, Groovekojad, but also Leszek Możdżer, Adam Pierończyk and the Polish tenor and baritone saxophone giant Jan „Ptaszyn” Wróblewski, who once called him “One of the biggest talents ever in Poland“. Olter took his own life in 2001, at the age of 29.

The secret weapon of Polish funk in the 1970s. Collaborated with the multi platinum selling blues rock outfit Breakout, but also Alex Band and Ergo Band (including the excellent 1977 album with Grażyna Łobaszewska). He was also a member of Show Band – a group formed in the early 1970s to write and record original music for the Polish News Reel. The group’s funk/fusion tunes were featured there throughout the 70s and 80s (recently compiled on an album titled “Punkt styku” released by GAD Records in 2014).

One of the hardest-working drummers in Poland in the 1970s and early 1980s. Collaborated with the biggest names in Polish rock, pop and funk: Romuald i Roman, Czesław Niemen, Breakout, Alex Band, Marek & Wacek, Banda i Wanda (the two 1983 mega hits “Nie będę Julią” and “Hi Fi“). Tylec died in 1990, at the age of 41.

In the 1970s, he was a member of such groups as Pakt and Spisek. Later, he became a member of Porter Band (a rock outfit led by the Welsh singer/songwriter John Porter). The group’s highly successful 1980 album titled “Helicopters” triggered the Polish rock music boom of the 80s, which was also connected with the birth of freedom movements in the communism-oppressed Polish society. Having left the band, Chalimoniuk emigrated to the USA.

Started out in the 60s in a group called Scholastycy (together with his brothers Tadeusz and Jerzy). Went on to co-found the band Brothers (again, with his brothers). In 1973, as a member of the group Universum, he was spotted by the legendary Czesław Niemen, who invited him to play on his 1975 “Niemen Aerolit” album (recorded in 1974). Dziemski died in 1975 (at 22) as a result of gall bladder surgery complications.