On Saturday November 12 and Sunday 13, the 2016 edition of London Drum Show was held. We dare describe the annual event as the highlight of the year for the drumming community in the UK. London’s renowned Victorian Olympia exposition complex attracted drum maniacs from all over the British Isles, but also from other European countries (which our presence there is also proof of). It is all due to the fact that, each year, world-class drummers perform, conduct clinics and promote the gear they use. The 2016 edition was no different. The artist line-up was extremely promising and there was an abundance of exhibitors. The beatIt.tv team just couldn’t miss it and…we didn’t!

In the Masterclass Room, there were workshops conducted by: Tom Potter (Young Drummer of the Year 2016 contest winner), Joe Clegg (Ellie Goulding), Eddy Thrower (Lower Than Atlantis) and Ian Matthews (Kasabian), while the Education Zone offered all the drum freaks who were present the opportunity to rub shoulders with the likes of Steve White (The Who, Oasis, Ian Dury, Jon Lord), again, Jason Sutter or the amazing Jost Nickel, whose excellent performance was the unarguable showstopper at Meinl Drum Festival 2016. 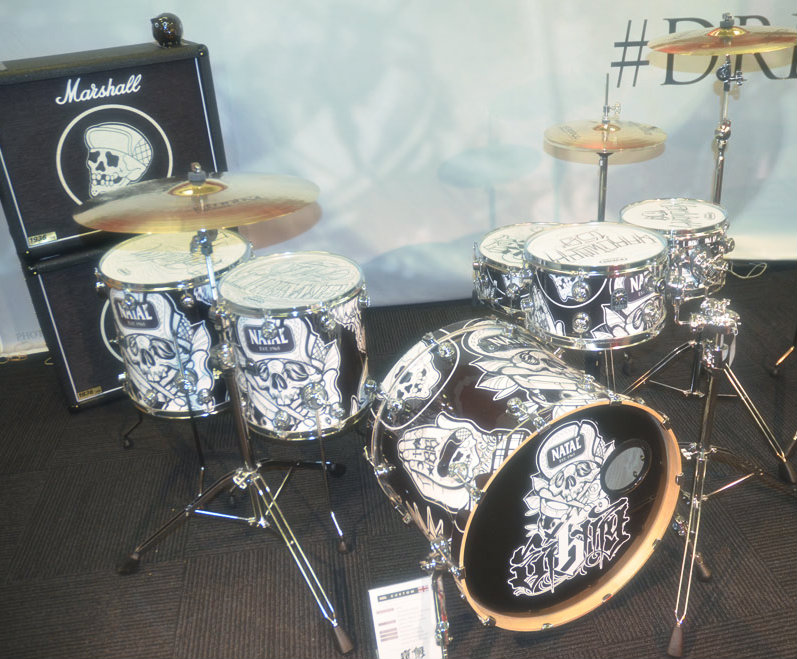 The Natal stand was located in one of the corners of the exhibition hall. Natal Drums Brand Director Josh Touchton keenly told us all about the history of the brand as well as the products that make up its offer today. We were very impressed as the instruments offered by the company meet the highest standards, both as far as design and sonic qualities are concerned. The range of snare drums is just as impressive, regardless of the price segment. To top it al off, Natal manufacture percussion instruments made from glass fibre and wood. Drummers and Drummerettes! Enter the world of Natal Drums!