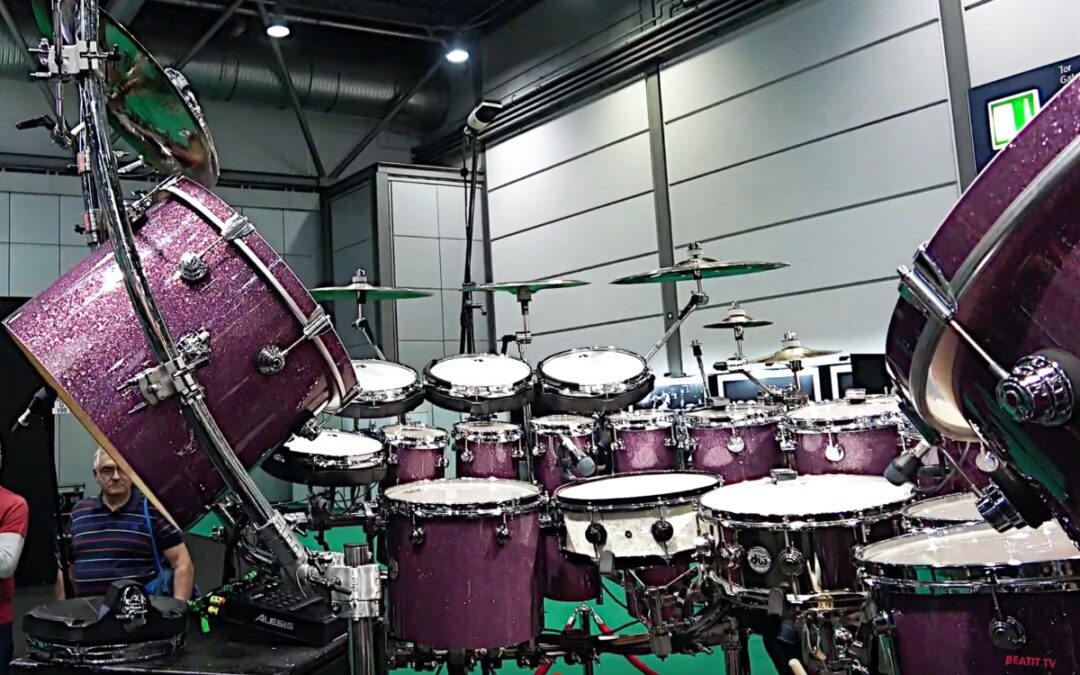 During the Musicpark trade show, which had its first edition between the 1st and the 3rd of November last year at the fairgrounds in Leipzig, Germany (our report can be found HERE), brands such as Yamaha, Sonor, Pearl, Meinl, Zildjian, Sabian, Istanbul Agop, or Schlagwerk not only decided to invest their time and money in supporting the new platform, but also brought in some of their artists, who gave great performances. Those included the likes of Jost Nickel, Karl Brazil, Michael Schack, Max Gösswein and Simon Gattringer (the Dreschheads duo), Dirk Brand, Cherisse Osei (Brian Ferry, Simple Minds), or Gary Wallis. 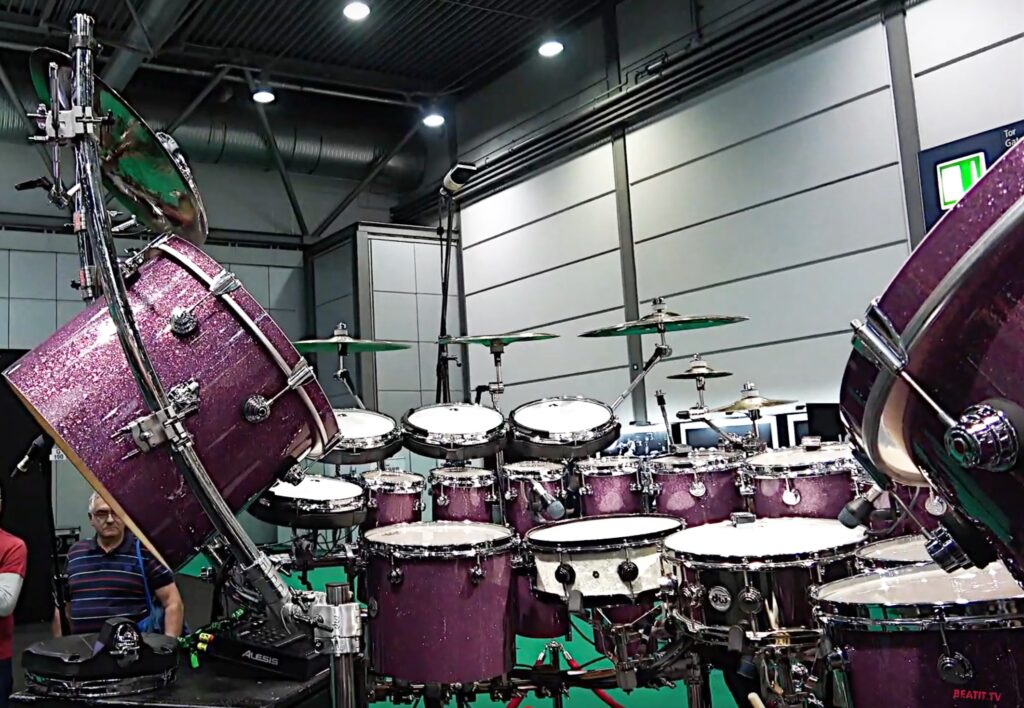 Gary Wallis has collaborated with such artists as: Tom Jones, Mike & The Mechanics, 10CC, Il Divo, Dusty Springfield, Bonnie Tyler, Jean Michel Jarre or Germany’s very own Schiller. The drum kit he talked us through was built with the latter’s 2019 tour in mind.

“Hi! Good afternoon. It’s Gary Wallis here. We’re just at the Musicpark drum camp. Kinda of sweat, blood and tears booth here. I wanna walk you through my Schiller kit – my big, shiny, purple monster. This was made for the 2019 Schiller tour. It’s a very individual kit. The first kit that DW have made in a concert tom tom series. I think this is probably the first one out of the factory. It’s held up great and it sounds fantastic. Very vintage. It’s accompanied by four octobans and a couple of lovely gong drums so everything is single-headed. There’s a little 13-inch piccolo and a new chrome-over-brass 14-inch snare drum. A 22” x 18” bass drum and a a kind of fake 18” x 18” with a trigger kick underneath it. It’s a very flat sounding kit. It’s very tribal for very big patterns. Not so much drumming, more percussion. Then, it’s accompanied by twelve GEWA pads of the new G9 brain. We’re just testing that for the market. It’s performing well. 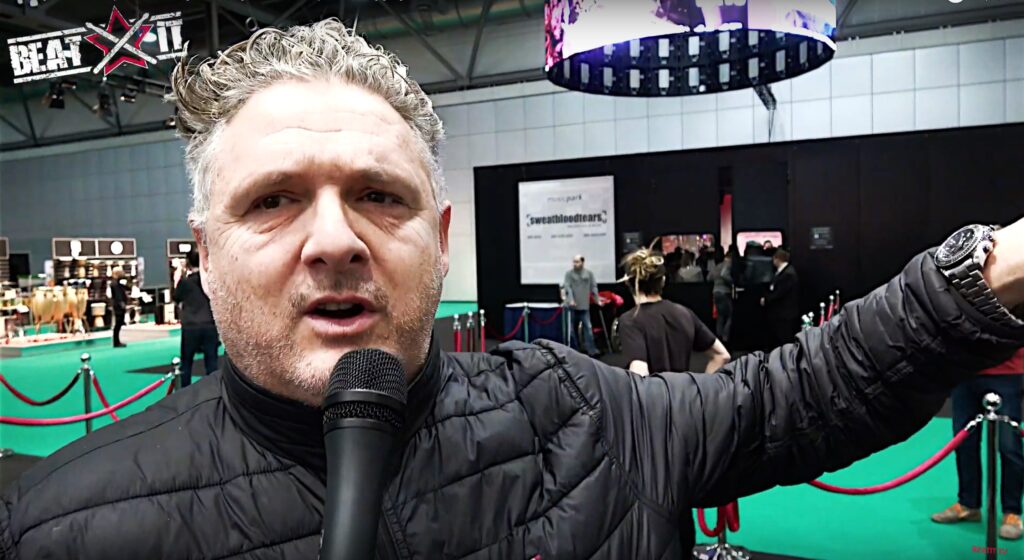