Between November 12 and 13, 2016, London’s renowned Olympia Hall hosted the annual English drum event of the year – the London Drum Show. It attracts drum maniacs from all over England, but also from other countries, who go there to see world-class drummers perform, conduct workshops and promote their gear. The line-up for 2016 was very promising, the same could be said about the exhibitors. The beatIt.tv team couldn’t miss it for the world! 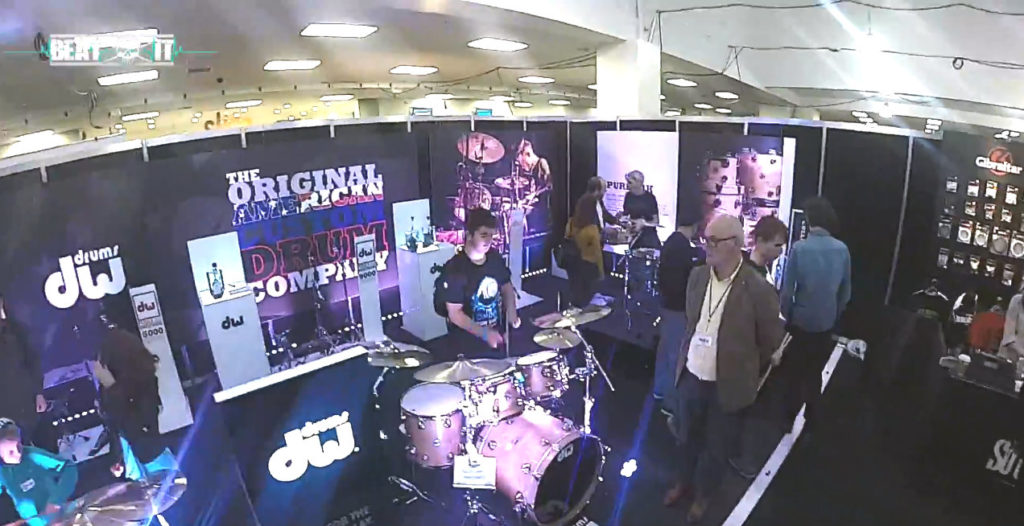 On Saturday the 12th, there were performances by such artists as Chris Coleman (Chaka Khan, Pati LaBelle, Bootsy Collins), Jamie Morrison (Stereophonics, The Noisettes), Mark Guiliana (David Bowie, Meshell Ndegeocello, Gretchen Parlato, Avishai Cohen, Matisyahu, Lionel Loueke, Mark Guiliana Jazz Quartet) and Larnell Lewis (educator and gospel drummer). Needless to say, the performances were beyond excellent, as was the sound, which made attending them a sheer pleasure.

In addition to the concert hall, there was a Masterclass Room available to all attendees. There, sharing their knowledge were: Tom Potter (Young Drummer of the Year 2016 contest winner), Joe Clegg (Ellie Goulding), Eddy Thrower (Lower Than Atlantis) and Ian Matthews (Kasabian).

Another attraction at London Drum Show 2016 was the Education Zone, where practical tips, exercises and all manner of tricks were presented by the likes of Steve White (The Who, Oasis, Ian Dury, Jon Lord) or the great Jason Sutter and the incredible Jost Nickel, both of whom have already appeared on BeatIt.

Sadly, filming the live performances and masterclasses was strictly prohibited, so you just have to take our word for it, but those who did not attent missed out on a lot. However…

… the area which was most frequently visited by LDS 2016 attendees was the Exhibition Room. Dozens of drum and percussion manufacturers, cymbal makers, hardware producers and their booths were within reach for the audience. Obviously, the scale was more modest than that of Musikmesse Frakfurt, let alone the NAMM Show. Still, protecting one’s ears was highly recommended as it was really loud there…