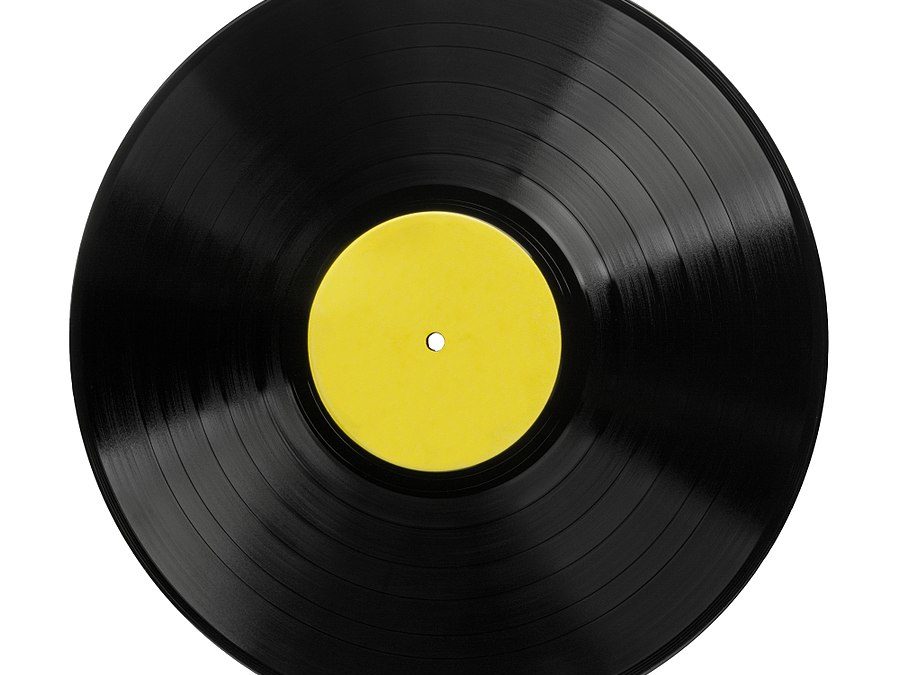 Here is BeatIt’s selection of the most interesting Polish albums of 2016, also drumwise

Drummers and Drummerettes! As another year reaches its end, time has come for all kinds of rankings, ratings and polls. We have also decided to propose a series of our own ratings of what we think was worth listeners’ attention this year but not only this year. We will also be reaching back beyond 2016, into the history of popular music both internationally and in our home country of Poland.

Let us begin with a list of the most interesting albums of 2016 released by Polish artists. Naturally, we are interested in excellent compositions, great riffs, catchy melodies, awesome vocal parts as well as accomplished guitar and keyboard solos. However, we cannot and will not overlook a job well done by all the drummers involved, who did their best to write and perform parts that would drive the songs, make the listener headbang, dance, jump or contemplate the music as it flows in a majestic manner.

Obviously, it is bound to be a subjective list, which will include those performances that the BeatIt team has remembered best. It is just a way of introducing our viewers from outside of Poland to the current music from our country. Hope you enjoy at least some of it. Feel free to share your opinions!

Top Polish albums of 2016 according to BeatIt 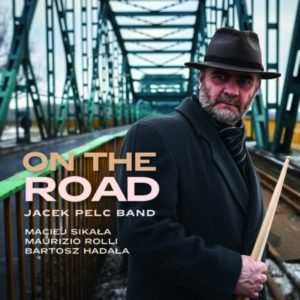 On this album Jacek Pelc shows great learning as far as drums and drumming are concerned, which is a trait he is known for in Poland, but also proves his writing talent. The tunes, the sound, the performances (including all the band mambers) are of the highest quality. 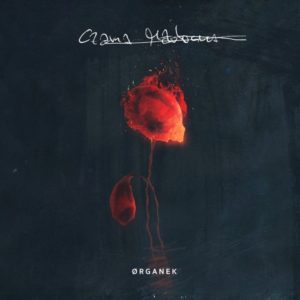 If you love the vintage rock thing, this record is for you. There’s a lot of space, there some catchy moments, too. Drummer Robert Markiewicz (who has been making a name for himself in Poland thanks to this band) serves the listener a tasty and “fatty” dish. The drum sound is good as well! 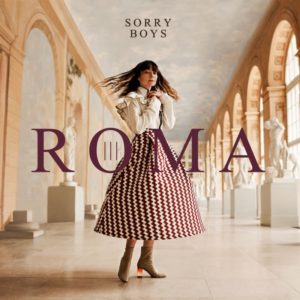 It is the band’s third studio effort, second with drummer Maciek Gołyźniak on board. The album shows the man’s creativity, feel, musicality and style in all its glory. The drums fit each song like a glove. Sorry Boys are back with the usual dose of emotions. And then some! 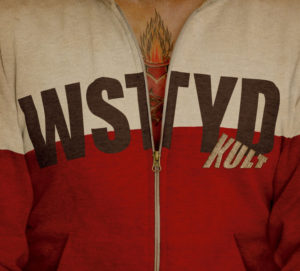 Over the past 32 years, Kult have become an institution in Polish independent music, a brand that just does not disappoint. This goes both for edgy lyrics, post-punk compositions, sound and drumming by the unerring Tomasz Goehs, who emerged on the Polish scene exactly 30 years ago as a thrash/death metal drummer, and who now has switched entirely to sparing, yet solid indie, punk and world music patterns. The man has not missed a beat since 1986, no matter what style! 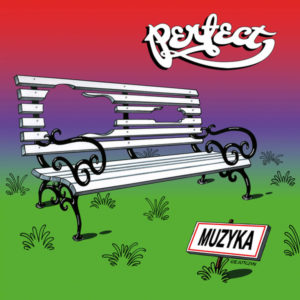 Former 80’s anti-communist rebels and absolute classics of Polish rock, with millions of albums sold, Perfect prove that in the fourth decade of existence it is possible for the band to make a record with a totally fresh angle. The new album offers acoustic music, however, those are not classic songs served in this fashion. We are dealing with brand new material. Drummer Piotr Szkudelski (who has been with the band since the late 70’s) presents a fresh and creative approach to his playing. 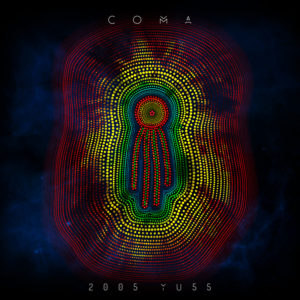 Reviews and fan comments hint at a certain level of disapointment by this album. However, we think one should appreciate the fact that Coma have left their comfort zone in search of new and inpiring territories. Drummer Adam Marszałkowski also reaches out for some new ideas on this one and is certainly not resting on his laurels. Attaboy, Adam!

SBB – “Za linią horyzontu” (‘Beyond the Line of the Horizon’), drummer: Jerzy Piotrowski

The new album (recorded by SBB‘s original lineup, reunited after more than 20 years) brings really emotional musical material. It’s all different kinds of energy but always at the highest level, both musically and performance-wise. Drummer Jerzy Piotrowski proves he isn’t called a legend for nothing. Just listen to “Suita nr 9”. We are truly amazed, both at the level of creativity as well as the physical shape this 66-year-old icon of Polish music is in! 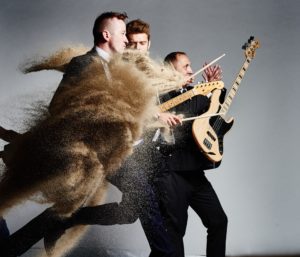 Oskar Podolski is one of the high-flyers in Poland. His playing is very energetic, skillful and precise, which helps his band rock crowds all over the country. PIVO are true rock’n’roll spirits with songs enriched by a brass section at times. We are looking forward to seeing this very young drummer’s career develop in the future! 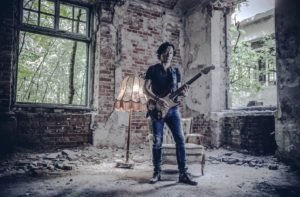 Jan Borysewicz‘s style has been crafted during many decades of playing. These days, millions of music fans in Poland can easily recognize his guitar sound and enjoy it. His new CD includes very soft ballads as well as hard rocking, bluesy songs, all of which make his talent shine really brightly. The drum parts on this album are super solid and fit the songs perfectly. They were performed by the popular session ace Radek Owczarz, who certainly knows how to do his job. 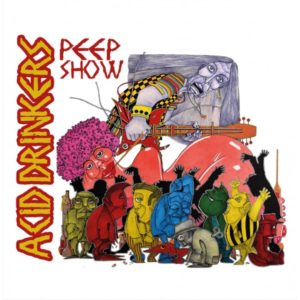 Acid Drinkers are the best-selling and most recognizable thrash metal act in Poland. The previous album offered some rock’n’roll oriented material but the Acids are back with a metal-packed album this time around. It’s heavy, it’s groovy and it’s just right. Maciej “Slimak” Starosta has really gone mad here (in the positive meaning of the expression). He complements the massive riffs with some fast rolls, double bass patterns and great dynamics. It’s just so tasty!

A unique album recorded at Suwałki Blues Festival in 2015. Over the last 30 years, Voo Voo have made it their trademark to blend rock, blues and jazz with world music so the Suwałki Gospel Choir performing here is yet another way of making their music exciting. Drummer Michał Bryndal has clearly made himself comfortable in the band now, proving he was the right man to fill the late Piotr ‘Stopa’ Żyżelewicz’s shoes. Michał is really getting into the songs. His kit sounds just perfect and everything is in the right place.

KNŻ are legends of rap-core in Poland and a supergroup consisting of members of four legendary outfits. The record documents their last show ever, which in itself is very saddening. The good thing is that the band’s greatest hits were played in the best way possible and drummer Tomasz Goehs brings back the golden era of KNŻ with his undeniable skills. We can only wish it’s not the end and they will peform again. After all, this wasn’t the band’s first comeback…

Polish punk classics Armia (once hailed by Killing Joke) give us a live album, on which they perform the material from their last studio effort titled “Toń” in its entirety. Classic hits are not overlooked on this one either and the new drummer Amadeusz Kaźmierczak has done justice both to the new and the old repertoir. A must-have for Armia fans. 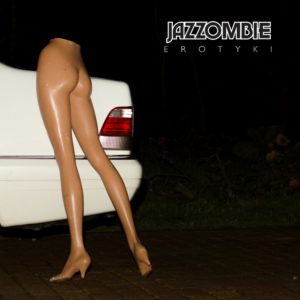 An album by very interesting group, which is a fusion of the full lineups of two groups: Pink Freud and indie superstars Lao Che. It’s a true blast! It features different styles and moods but, all in all, it’s amazingly consistent. The drummers are focusing mainly on the groove and it really shows. They also leave a lot of space on every track, so you can hear the rest of the instruments very clearly. 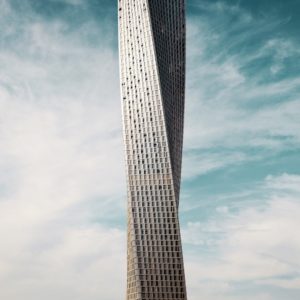 The new Tides From Nebula LP is another dose of great post-rock magic. Mellow, nostalgic compositions blend in nicely with the heavier ones. The band’s newest creation offers more sonic space and it truly is like a real journey into another dimension. Tomasz Stołowski found a way to lay down some great drum tracks. His kit, along with the other instruments, can easily wake you up or get you in the chilling mood.

Over the past 25 years, Hey have gone from straight grunge rock to a certain sonic minimalism. Fans have really been digging it and that’s why “Błysk” maintains this direction. Robert Ligiewicz is a drummer who found himself in the right place at the right time. He supports the music with simple, but solid beats. It drives the songs and that’s how it should be done because that’s all they need.

Luxtorpeda‘s new album is a confirmation of leader Robert Friedrich’s (formerly also in Acid Drinkers and KNŻ) composing skills. He can come up with a heavy riff, but the chorus will just ask for a sing-along. The creativity of their drummer, Tomasz “Krzyżyk” Krzyżaniak, is just beyond expectation. He takes his parts to another level of drumming. That’s one hell of a creative freak! 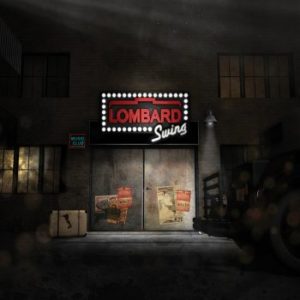 Lombard is an iconic pop rock band from the 80’s. In the new millenium, the band have hired a new singer and released only one album with new material. Many felt nothing could be done to save this band, which has spent the last 15 years doing nothing but playing their greatest hits live. Suddenly, Lombard came up with an idea to blend their original songs with the spirit of the swinging and jazzy 20’s and 30’s. Brass band, piano, double bass and Hanseatica Chamber Orhestra – these ingredients make the “Swing” LP quite special. Drummer Mirosław Kamiński just gets into the mood and plays like a true big band drummer! 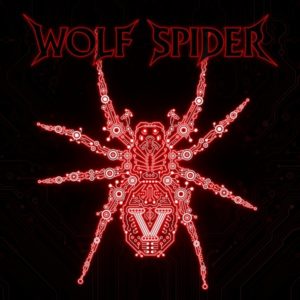 It’s fast, it’s agressive, it’s techical! The newest album from Wolf Spider is really a fine piece of modern thrash metal (if the genre can be referred to like that in this day and age). Even more words of respect go out to Mrs. Beata Polak, who approaches all these complex riffs armed with an arsenal of odd time signatures, rolls with unobvious accents, furious, yet musical dobule bass… It’s so good! Congratulations!

On his second solo effort (first in 12 years), one of Poland’s go-to session drummers explores fusion. Original? No, but if you like the sound of TOTO or if you really dig the work of Billy Cobham, you won’t be disappointed. The drums are so groovy and tight – a real treat for a drummer’s ears…

Although Daray is not playing any super fast blast beats here, his style fits Hunter‘s material very well. It’s strong and rebellious. Accents in the right places and double bass parts highlight the explosive nature of the songs. There are many tasty breakdowns, which make this material cut out for concerts and there is a 100% certainty that people will mosh to it. Well done, lads! 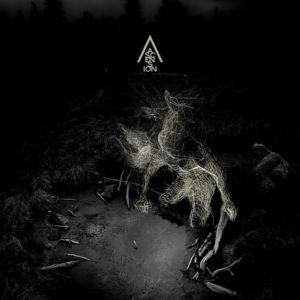 The dark sonic space which you can find on this record will make every Blindead fan satisfied. Konrad Ciesielski supports this dark matter with his drumming, which carries the heaviness of the songs. He follows the sad and nostalgic guitars with solid, concentrated drum parts (listen to the track “Wastelands”). You can hear that this band has it’s own style and their drummer knows how to make the drums stir into the rest of the music.