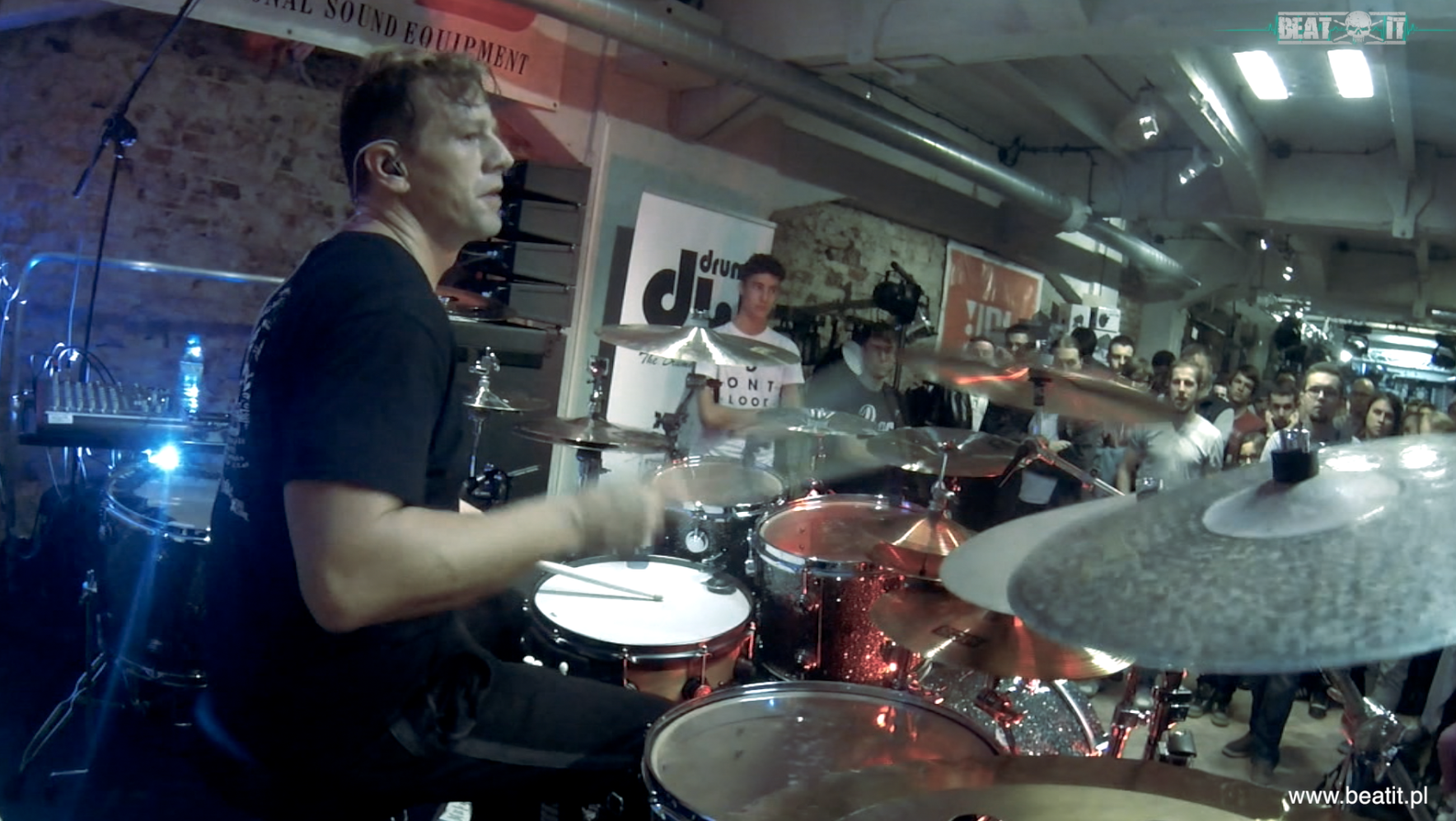 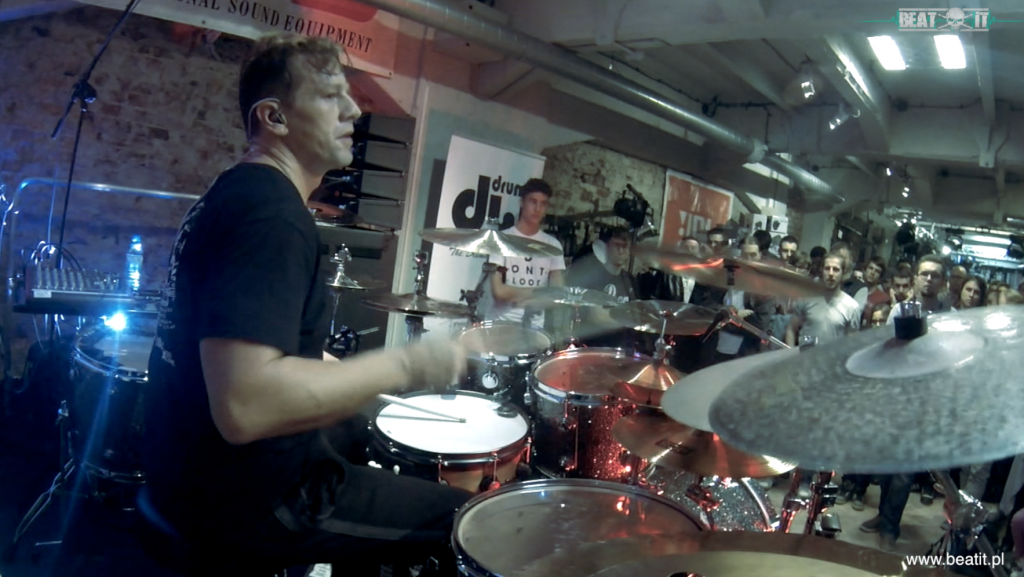 Several dozen young drummers, who gathered in one of the store’s rooms and effectively filled it up, had the opportunity to ask the drumming master any question they liked, which he answered willingly and patiently. They could also admire a beautiful DW Collectors kit with Meinl cymbals, which our guest used to perform a couple of songs from his own repertoire as well as a lengthy solo, the second part of which you are about to see. Coordination, imagination and improvisation skills is what the man has for you this time around. Drummers and Drummerettes! We give you Thomas Lang. Enjoy!