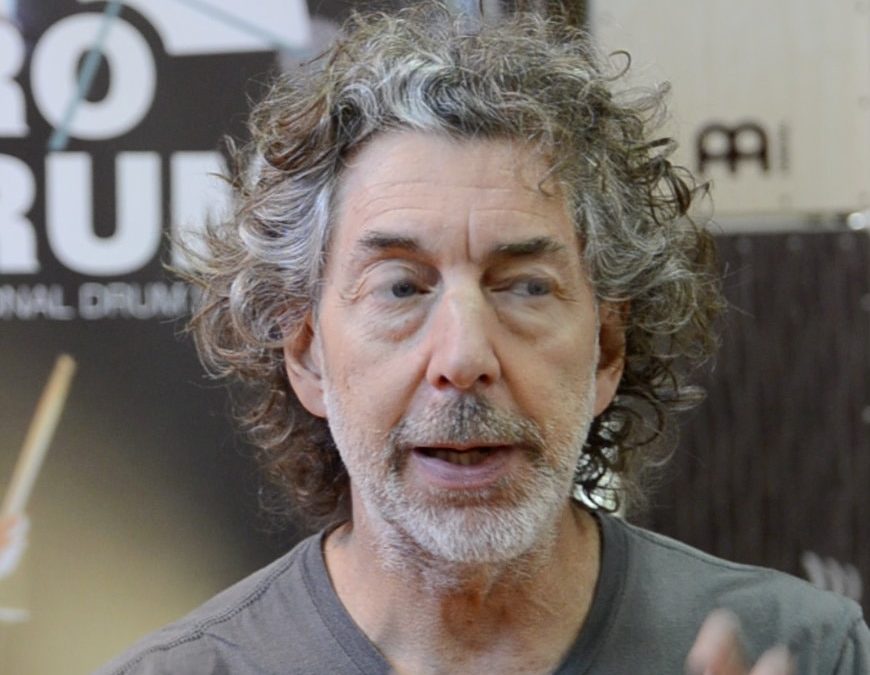 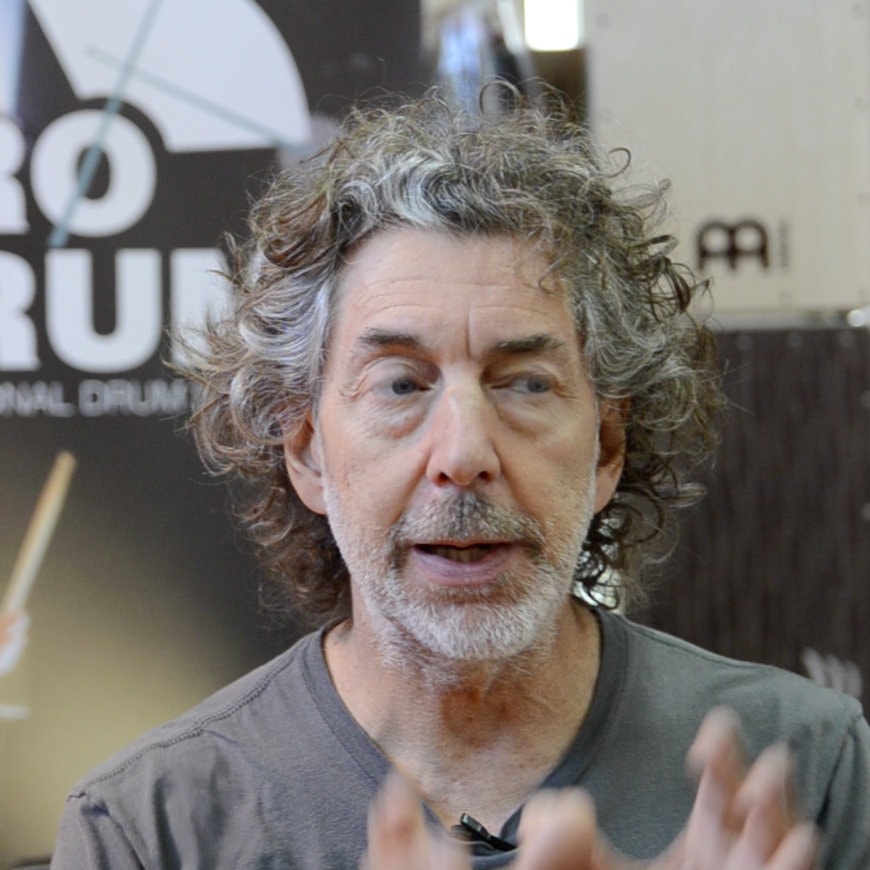 “The reason why I was given that big break at 12 years old to join a fully professional band was simple. It was 1969. His [Simon’s father Sid’s] brand of music was typically the 1930s. It was Dixieland, but not Kenny Ball Dixieland. Kenny used to play with my dad, actually. It was much more organized. It was written out like a big band but it was a smaller band because the finances of running a big band in post war England was impossible. There was only a couple of bands doing it and it was tough. My dad felt he could orchestrate to make this band sound bigger than it was, so he went out with a nine-piece. However, by 1969, there were not many drummers around that could play that style. Everybody either wanted to play bebop or they wanted to play rock and roll. Even the older session guys were not really still playing that kind of music authentically. I grew up playing that music. All the drummers: John Bonham, Ian Paice, John Hiseman, Mitch Mitchell. All the British drummers grew up playing skiffle and dixieland. Cozy Powell. I mean, all of them.

I was too young to kind of know about that. I grew up playing my Dad’s music. So even though it was very raw and no dynamics, but I did know how to play that groove. Every night, he’d come back and he’d go: ‘Bloody drummer! Drummer couldn’t get it’. My Mom said: ‘You have a drummer here who plays that music just fine’. He would say: ‘Oh, he’s way too young!’. And she said: ‘Maybe not’. She was amazing! She said: ‘I can’t stand to see you in such stress’. If the drummer is not playing the right groove the band won’t sound great. That’s when I was taken out on the road. It was a learning curve, it was an apprenticeship. The poor guys in the band were like, you know… But my Dad got his groove back and I learned so much. It was a four-year apprenticeship.

At school, I had a watch that had years on it, not hours. It was like: ‘Five years to go’. ‘Five years to professional drummer, that’s what time it is’. I knew nothing else but wanting to do this for the rest of my life.

[At a clinic] They asked me the other day: ‘In 1986, you played on a Nic Kershaw album’. [‘Radio Musicola‘] I had to recall the session. Strangely enough, I was in England before I came over here. I was doing a session at Real World, Peter Gabriel’s studio. The engineer that was on that Nic Kershaw album came by to see me. I only remember playing one song but the guy told me I played two songs: ‘Violet To Blue’ and another track. That happens all the time. But there’s also other things that happen. People don’t realize I played on this album or that album.

[They ask me about Judas Priest] It’s amazing. A lot of young heavy metal drummers come up to me and say: ‘Man! That was my favourite album! That’s what started me off!’. Jason Bittner, Charlie Benante – they all said: ‘We grew up playing to this when we were kids’. At the time, I had no idea it would be so influential. The ‘Sin After Sin’ album was the pivotal point of heavy metal. I think that was the first way of getting into heavy metal because we didn’t have it back then.

The thing is, where I was coming from, playing that album was not heavy at all, but it was still fiery. My thing was to play heavy rock with a funk groove and to sit back on it. That was the difference. Most rock in those days was kind of on top, except for Ian Paice and Cozy Powell. They had that kind of pocket. And Ian still does, it’s beautiful. I loved Ian’s playing because of that. So I always tried to bring that to the table. Let’s sit back just like I’m playing with James Brown, except it’s ‘Sin After Sin’. A lot of people won’t even hear that in the music but in my mind I’m thinking: ‘How would Bernard Purdie play with Judas Priest?’. I used to do that a lot. Conversely, when I would play an R‘n’B session or a soul session, I’d think; ‘How would Tony Williams play this?’ or ‘How would Cozy Powell play this?’. Splashier cymbals. It was a very good way of making the music sound a little bit different. That’s what was going on with ‘Sin After Sin’ and ‘White Snake‘ [David Coverdale’s first solo album] and all of these records.

I always look for something different [at a studio session]. But I don’t use that literal kind of way of doing it because I’m much older and much more experienced. I don’t even think about it, actually. There’s something funny that happens. This has happened for quite a few years, maybe 20 – 25. I’ll listen to the track. Maybe with the guide drums, maybe not, just so I hear what else is going on. I might do a chart. As I’m listening, I’ll go: ‘OK. I think I know what I’m gonna do’. And then, when I get out there and put my phones on, I play nothing like what I think I was gonna play. That’s weird ‘cause I just play. That’s instinct. That’s what I do. I just play the track from instinct. Just follow the chart. Sometimes there’s a real chart, which is a bit more complicated, or it’s just a handwritten thing. I didn’t use to when I was younger because I was better at remembering the track just after one play. I can’t do that any more. That’s changed. Maybe because of the amount of music I play, maybe it’s just age. I don’t know. I do tend to write a little cheat sheet out just in case we get a first take. Because, sometimes, you can do that. If the sound is right and it’s the third or fourth song of an album, sometimes, the first take’s great. Maybe one little punch just to fix something and that’s it. If it’s not gonna get better, then keep it fresh!”

Drummers and Drummerettes! We give you Simon Phillips in the second installment of an exclusive interview, especially for the viewers of en.beatit.tv! Enjoy!