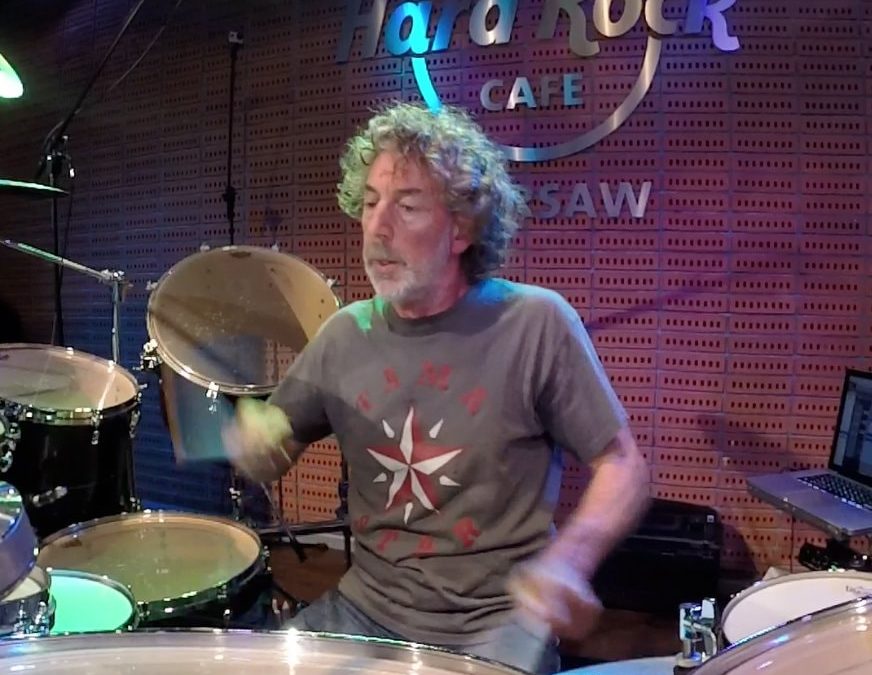 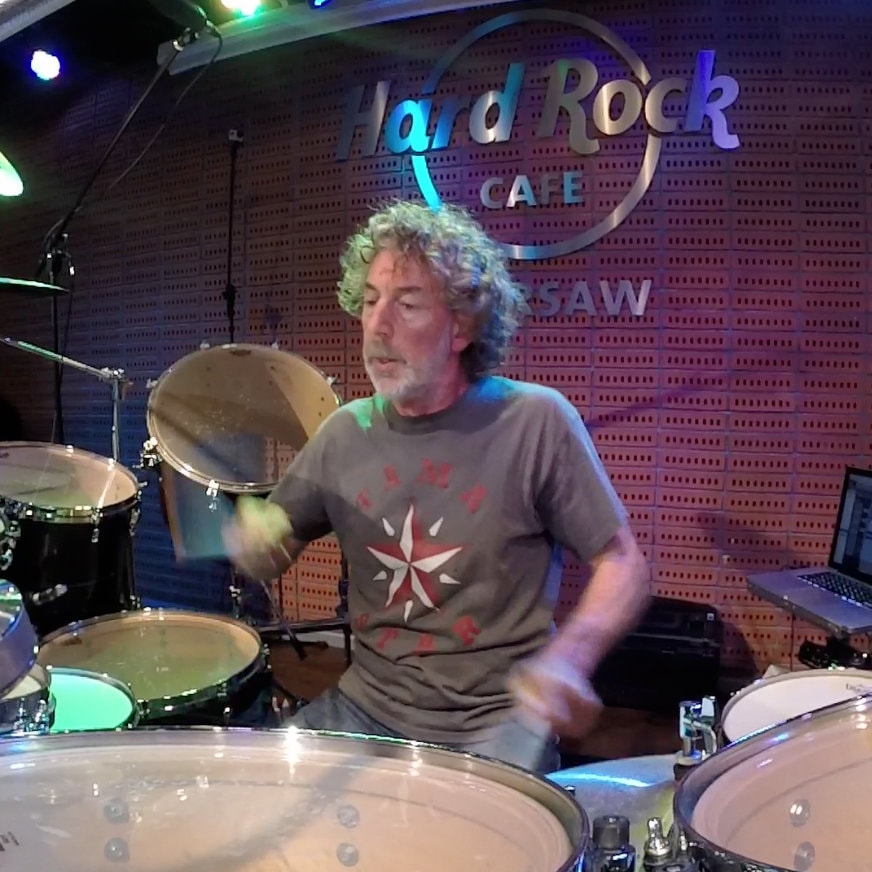 An in-depth interview with Simon Phillips (the foretaste of which you can find below) is coming soon on www.beatit.tv. Right now, simply enjoy the wonderful drum solo he played during his clinic at the Hard Rock Cafe in Warsaw, Poland, on June 11, 2017, which was organized by the Warsaw-based Pro Drum store.

“What I want to convey to those who come to my drum clinic is in part information, in part the benefit of my experience, hopefully some funny stories and revealing the human side of the reality of the music business and drums and drumming. I tend to be very open and loose about it. I only have a plan for the beginning and that’s it, just to open the clinic. The rest is all down to the audience. I hand it out to them and the rest of the clinic is basically conducted on the questions that I get. Most audiences are very good. They’re very forthcoming and it’s never a problem. Occasionally, you get the tough one, where they’re not so forthcoming, and then, you have to work really hard. They may also ask a question which, maybe, I feel is not relevant. What I do is I do the politician trick. If you notice, most politicians answer to a totally different question than that asked by a journalist. They weren’t asked that question but they want to be. It’s a good trick I learned by watching all these politicians on TV around the world. There’s a lot of that going on right now so we’re getting a lot of experience at that and a lot of practice. Otherwise, it is most important to make [a drum clinic] a fun event. At the end of the day, it is still a show and entertainment. There’s nothing worse than everybody getting really bored or too technical. I try to keep it very informative, with a lot of technical information, but I still try to make it fun for everybody so they have a good time. 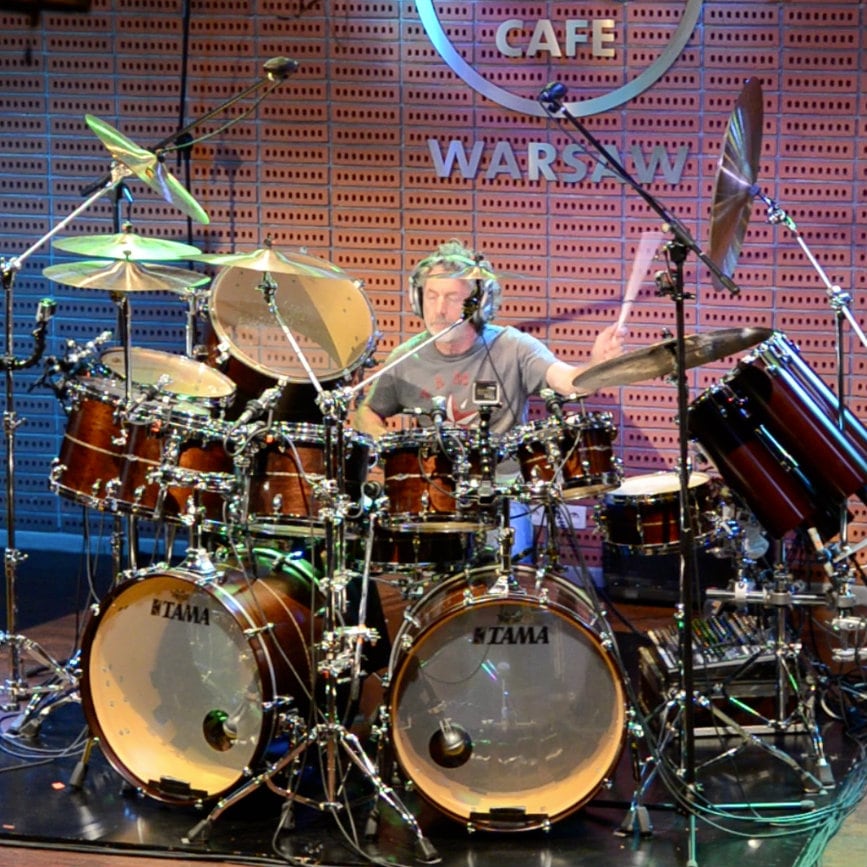 When I was very young and I would go to a clinic, I never asked a question. I was too afraid to embarrass myself. I think people think: ‘I hope the question I have isn’t a silly question’. There really aren’t any silly questions because if the clinician is open and aware enough, he’ll make it so that that person isn’t embarrassed. He’ll take something from the question that is positive and useful.

Drumming is home, I love it. No matter what’s going on, it will still be my life and love. It’s creative. Every time I sit down, I will come up with some sort of composition. I’ve taught myself to play like that, i. e. every time you sit down – create. That’s what I portray at the clinics: your practice session is still playing, you still have to create as you’re practicing. Even if you learn something as simple as a paradiddle, you can play it as a paradiddle and leave it at that. You can also make it really musical and make it sound and feel good. That’s important – the touch. It’s still the same thing: RLRRLRLL, but you can make it sound so beautiful. That, to me, is the art. When I look at Billy Cobham and he plays a ratamacue, it’s just the tone, everything. When Lenny White plays a simple, straight-ahead groove, the touch of that cymbal is just: ‘Ah!’. That, to me, is what it’s about. It doesn’t matter if you’re in a drum store and you start playing a kit and it’s not tuned right or anything. Always think that that’s your opportunity to create music. That’s maybe the biggest message I get out in the clinics – it’s all music.”