What happened at London Drum Show 2016?

London Drum Show is an event which can certainly be described as the highlight of the year for the drumming community in the British Isles. On Nov 12 and 13, 2016, London’s renowned Olympia Hall became mecca for British drum freaks as well as maniacs from other European countries (which we are a proof of). They are all drawn by world-class drummers, who perform, share their knowledge and experience and showcase their gear during the event. The bill for LDS 2016, comprised of top drawer players, was one, big, continuous attraction, let alone the exhibitors. It was obvious the beatIt.tv team were going to spend that weekend in London in the way natural for a drummer – in the pervasive noise produced by percussion instruments…

London Drum Show 2016 attendees had two additional places at their disposal, which couldn’t be and weren’t ignored: the Education Zone and the Masterclass Room. The former enabled all the drum freaks to meet in person such cats as Steve White (The Who, Oasis, Ian Dury, Jon Lord), Jason Sutter or one of the brightest stars of Meinl Drum Festival 2016 – the wonderful Jost Nickel, while in the latter, sharing their extensive knowledge and experience were: Tom Potter (Young Drummer of the Year 2016 contest winner), Joe Clegg (Ellie Goulding), Eddy Thrower (Lower Than Atlantis) and Ian Matthews (Kasabian).

In addition to all those attractions, the organizers also provided  a sizable exhibition area, where we had our…

Encounter with the Sabian brand at LDS 2016 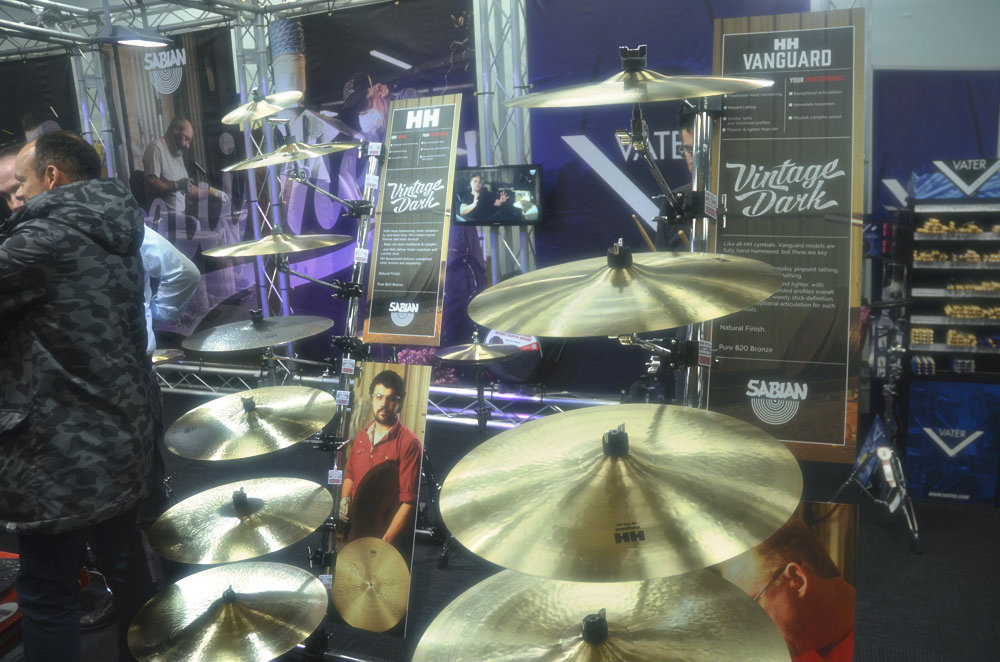 In this episode of our report from LDS 2016, we visit the world-famous Canadian cymbal manufacturers – Sabian. Tom Winch – our guide in the booth and Artist Relations & Marketing Manager in the UK, patiently and in detail, talked us through most of Sabian‘s available products. He also presented the sound of the cymbals discussed. We give you such beauties as: the AA, AAX, HH, HH Remastered, HH Vanguard, HHX, HHX Legacy, Aero, ISO, Omni, O-Zone, Artisan, Big & Ugly, XSR or B8X. Take a stroll through this shiny display with us!