Rating by Beatit: 10 Most Spontaneous Drummers 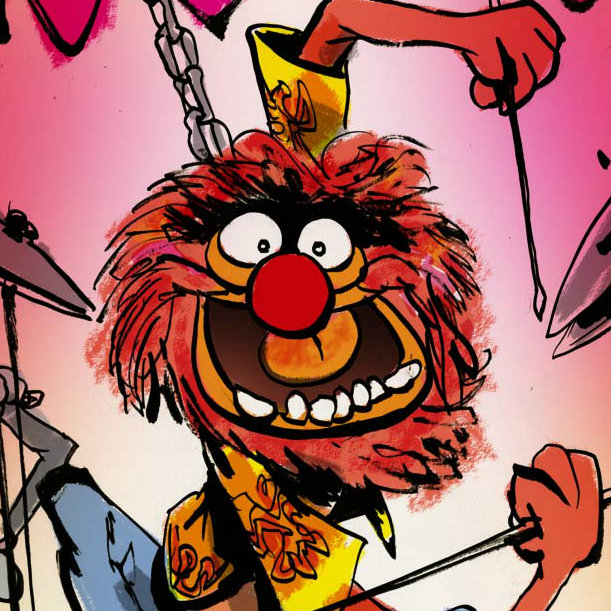 Ten Drummers, who are a little bit superactive behind the kit.

When you go are at the concert you can see many types of drummers. Some of them are enjoying their thing, other are really nervous with no expression on their faces, and there is one more group, the wild one. They are doing stick tricks, jumps, screaming and everything else that can make them more recognizable. Sometimes it’s purposeful. You have to entertain people, so you do all this crazy stuff, especially when it comes to rock and metal music. But it’s not always like that. If you fell the music, you will follow it in many aspects. One of them is moving yourself. Music releases our emotions, so if you really mean what you play- you will go with the flow. We have seen many great drummers live, we have watched many great drummers on YouTube, we have talked a lot and we decided to create our own rating of ten very spontaneous drummers. One thing is important here: we chose drummers, who are not using any pyrotechnics, moving platforms and stunt doubles! You will see some legendary artists, popular drummers and a few less known musicians. Position on the list doesn’t mean anything. Let’s take a look at the list:

2. Aric Improta. This guy represents the young generation of drummers. He is a true maniac! He is doing backflips, jumps and all the crazy acrobatic stuff while playing. He is also using some microphone effects on… Mic stands or a bell. It’s quite unreal. Besides that he has a great grooves and ideas. His solo acts are like rollercoaster, so take a look at the little medley!

3. Mike Portnoy. We don’t need to introduce this gentleman to you. He was a driving force of Dream Theater, now he plays with Sons of Apollo and many other projects. No matter in which band he currently plays- he loves to play live, and he really likes to show off a little bit. Mike can do many interesting tricks, he also can play while standing- it’s really cool to look at, and people love it. Mike is a beast. Let this drumcam be the proof!

4. Maciej “Ślimak” Starosta. This guy is really famous in Poland. He plays in legendary polish metal band Acid Drinkers, and rock group Siq. He is a metal drummer, but his ideas for his drum parts are coming not only from heavy music. Ślimak knows how to hit it with great power, and inspire generations of drummers at the same time. Let’s see why his performances are so jawdropping.

5. Connor Denis. He used to play in a post hardocre band called Being As Ocean, now he works with Beartooth, and they are getting bigger everyday. When he is drumming, he finds himself in some kind of trance, which allows him to do all this stuff. Dennis is not always a great showman, he is also a true master of interesting fills and rolls. Great job man!

6. Eric Moore II. He is super fast, he is precise, full of ideas and plays gospel chops like no other dude would play it! He is very versatile. Just like many of his fellow drummers, Eric’s career began in the church. After serving god he started working with the crossover thrash legends Suicidal Tendencies and Infectious Grooves. Now he plays in a band called Lillake. No more words- take a look at Eric ripping some ST classic:

7. Travis Owen. This guy plays in stoner band called Weedeater. As you can guess, it’s music dedicated to the sweet leaf’s lovers who like to swing slowly to the sounds of vintage overdrive. Not this time. Travis decided, that if they are playing hard and slow, he will do something to impress people. Stick tricks, kicks and headbanging surely does all the work. Just look.

8. Josh Dun. He is a drummer of super popular duo 21 Pilots. He may not be the best technical skinsman in the world, he is not playing chops like Eric Moore II, but he really knows how to get the crowd moving. Josh creates a great show and he even invites the crowd to his crazy stunts. He has got a little platform with a drum kit on it. People are holding this platform above their heads and Josh finishes one of the band’s most popular song there. It’s really impressive.

9. Joey Castillo has worked with such acts as Queen Of The Stone Age, Danzig, California Breed or Bl’ast. He is well known for his hard hitting style. When we write “hard hitting”, we really mean it. He is literally smashing the wood out of his drums. He moves like a pissed off bull. He is a big man with a deadly stare- that’s an attitude behind the kit. See Joey in action with Bl’ast in the video below:

10. Zoltan Chaney. You can call his live performance an overview of all the tricks drummer can do. Zoltan works with Slaughter and Vince Neil, and he really knows how to entertain people. If you think, that it’s a little too much, then think twice- it looks good and sound even better, so the work is done pretty well here. This is simply awesome!

We are waiting for your ideas for the most spontaneous drummer, feel free to leave a comment!