Today, BeatIt have a truly legendary Polish band with an equally legendary Polish drummer for you. Piotr Szkudelski has spent more than 35 years laying rhythmic foundations for Perfect – an 80’s rock’n’roll protest-song factory. How many renowned and amateur Polish drummers in their forties felt the desire to sit behind a drum kit for the first time having heard the band’s eponymous debut album, released in 1981 in the midst of the political turmoil which had been spawned by the inception of the Solidarity movement? No-one can tell…

On June 30 2013, our cameras filmed the man of the hour (or rather three decades) during his band’s live show in Swarzędz, Poland. Just take a peek and listen to the effortless and groovy performance of the tune “Wyspa, drzewo, zamek” (“Island, Tree, Castle“), taken form Perfect’s second studio effort “UNU” released in 1982. 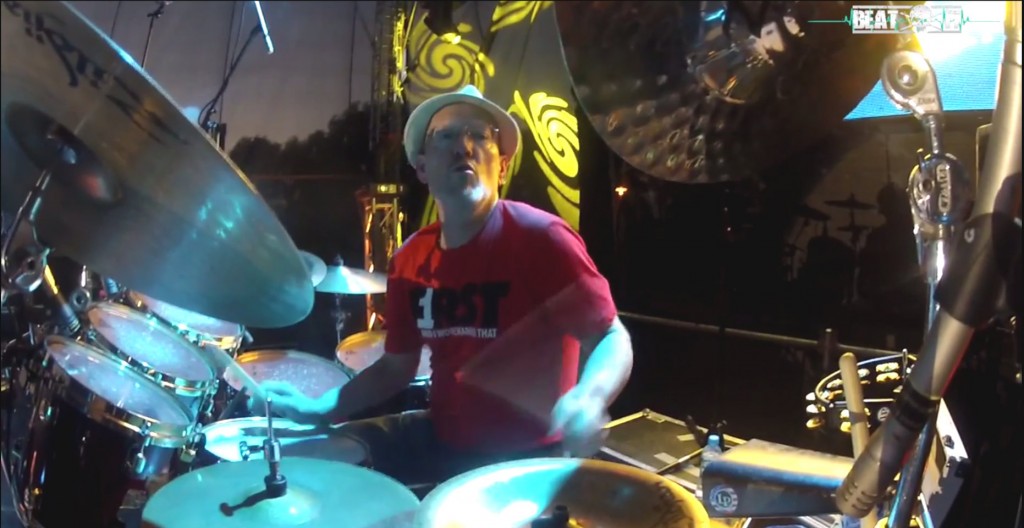 Drummers and Drummerettes! Here is a man who NEVER loses his groove (proof: 1 min 10 sec of the film). We give you Piotr Szkudelski!